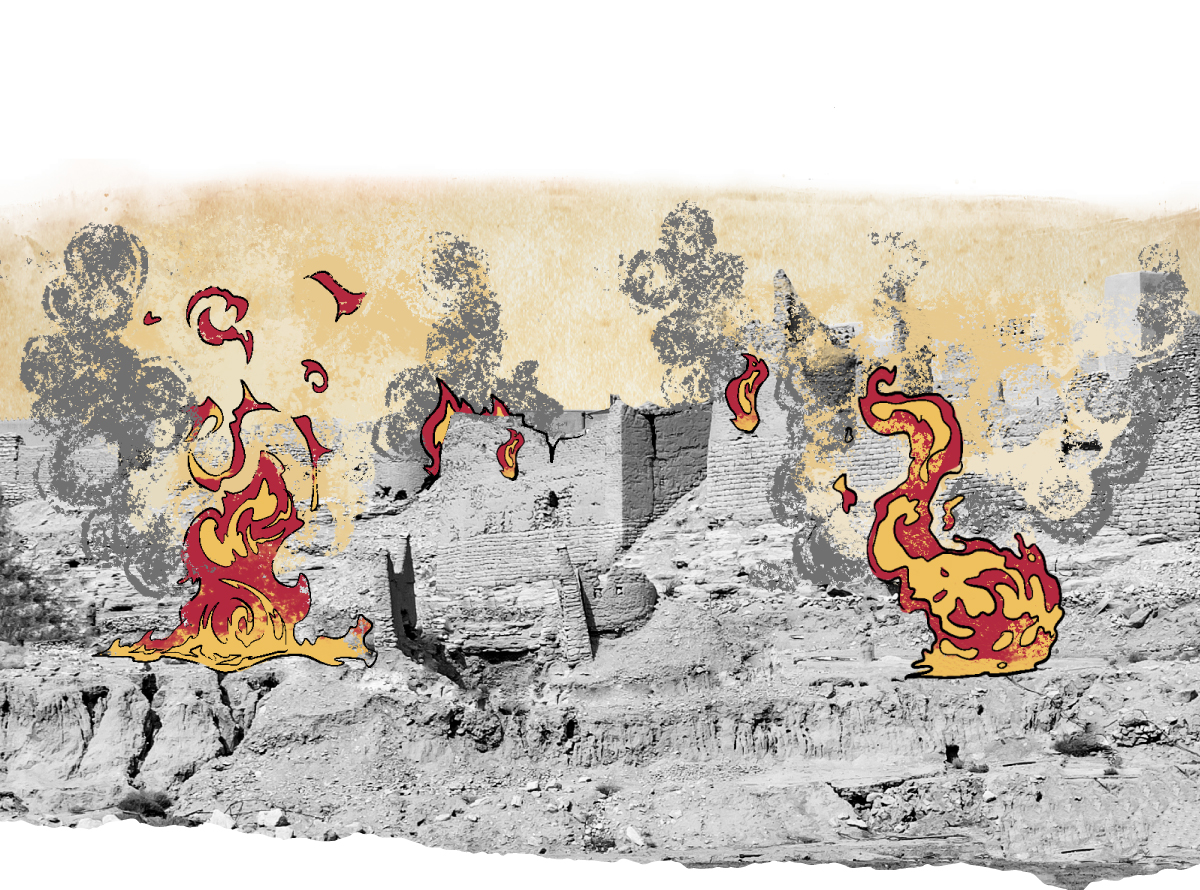 A dark historical memory stands a witness on their crimes

Anyone who is up on the events and a reader of Islamic history, and familiar with the method of military confrontations led by Islamic armies in their usual state in the historical confrontations, as Muslims were keen to apply a set of moral and value rules that only some organizations and people of misguidance have deviated from, especially those who insisted on a strict understanding of the texts of Islamic legislation, and took them out from their context and twisted the texts to serve their strict approach and their takfirist and bloody approach.

Among what Muslims hold on to in their wars, was what was mentioned in the will of the rightly-guided Caliph Abu Bakr al-Siddiq – may God be pleased with him – to Yazid bin Abi Sufyan when he sent him to Syria, where he advised him saying: “And you will find people who have locked themselves in these hermitages, so leave them be.” Do not kill an old man, nor a woman, nor a young child, do not destroy a building, do not cut down a tree except for a benefit, do not kill an animal except for a benefit, do not burn palms, do not drown it, do not betray, do not mutilate, do not be a coward, or jealous.

From the standpoint of the principles of war in Islam against the infidels and polytheists, what would the situation be like if it was a war against a Muslim who was defending his land and territory, and believed in his faith. This is what the Ottoman Empire did not give pay attention to in its war against the first Saudi state, this Turkish state that made religion and Islam a slogan rather than a life practice and an approach to follow; at the time when it claimed that it represented the Islamic caliphate, which was way too far from it, it was dealing with the Muslims themselves extremely unjustly, terrifyingly and maliciously, and doing what was similar to the actions of the barbarians and Turkish cousins from the Mongols, as the Ottomans proved that they do not give care about the ethics of Islam, especially concerning wars and adhering to what Islam commanded in regarding the matter, whatever the causes and circumstances of the war, and with whom.

In this regard, the first sign of the Ottomans’ terror in Diriyah was clearly manifested in the attack of Ibrahim Pasha’s forces from four sides in a strategy similar to the “pincer jaws” and the demolition of the walls with the bullets of cannons, which the Diriyah armies faced with unparalleled courage and determination, in a position described by the Saudi historian Ibn Bishr, saying: And they rose up against the Romans from all sides as if they were lions, and fought a battle so devastating, so the Al-Hujaira became dark as if it was night, and swords shrieked over the heads as if the neighing of horses.

Despite the fierce resistance of the Saudi armies, the length of the siege, which lasted nearly six months, ended with the fall of the capital of the first Saudi state after Imam Abdullah bin Saud sacrificed himself to redeem the lives of Saudi subjects, which Ibrahim Pasha accepted provided that he is to be sent to Egypt so that the Ottoman governor, Muhammad Ali looks into his matter.

In reference to the aforementioned about the rules of war; What the Ottoman forces did are war crimes in the modern and contemporary sense, which can only be committed by criminals, who are not recognized by humanity, and cannot be committed by human beings, so how if such crimes were committed by a state that claims to represent Islam and Muslims.

Based on what was described in the history books, Ibrahim Pasha’s soldiers invaded Diriyah in a devastating scene, which Ibn Bishr describes by saying: “Then he commanded the soldiers to demolish its houses and palaces, cut down its palms and trees, and show no mercy to its young or old… They set fire to it and expelled all the residents and left it empty, as if there was no inhabitant before.”

In both modern and contemporary sense, Ottoman terrorism in Diriyah is classified as a war crime.

Regarding the same matter, pictures of the destruction of Diriyah by the Ottomans were captured, and we find the Englishman Bridges describing one of these scenes, saying: “Turkish infantry forces followed the fugitives into the city’s fields, where they captured and killed them Instantly. The soldiers took the heads of the dead ones and their ears to their leader to get paid.

Diriyah was brutally and retaliatorily violated despite the surrender of the imam of the first Saudi state in exchange for safety for its people, which proves that the goal was not only a military victory, but to erase every trace of the Saudi state, this goal is added to the desire of the Turks not to allocate any military garrison to Diriyah and turn it into ash, which British George Sadler confirms by saying: “I have received news of the complete destruction of Diriyah, and it seems to me that the intention of the destruction was not only to end the Wahhabi authority, but also not to allocate military forces to protect it, and therefore it was necessary to be demolished. as he did.”

The British Sadler conveyed his convictions about the crimes of the Turks in Diriyah that it was not just an overthrow of a state.

In summary, it can be said that the destruction of Diriyah embodied a black historical image that is still uttering the crimes of the Ottomans in the Arab region, and its land still narrates the story of the heroism of the imams of the Saudi state who sacrificed themselves to save the blood of Muslims, and established to cleanse the land from the Ottoman colonizer to remain a source of inspiration for those who came after and followed their path until in (1932 AD), they were able to establish a strong state by the hands of the late founder, King Abdulaziz bin Abdulrahman Al Saud, may God have mercy on his soul, and his state was able to reserve a place for it in a world that does not give weight and consideration except to big fish such as the Saudis.

Therefore, nothing remained from the history of Ottomans but shame and dark pages, which the Saudis obliterated with their courage, strength and homeland, who had won over the invading forces and cleansed their land from them, despite the military and intellectual terrorism used by the Ottoman Empire against them, with the advanced military machinery at the time and the powerful forces it sent to the Arabian Peninsula, in addition to the systematic campaign through which it tried to distort the good image of the Saudis.