According to a general collective thought..The Persians and their kings expressed their strong hatred for the Arabs in their ancient history 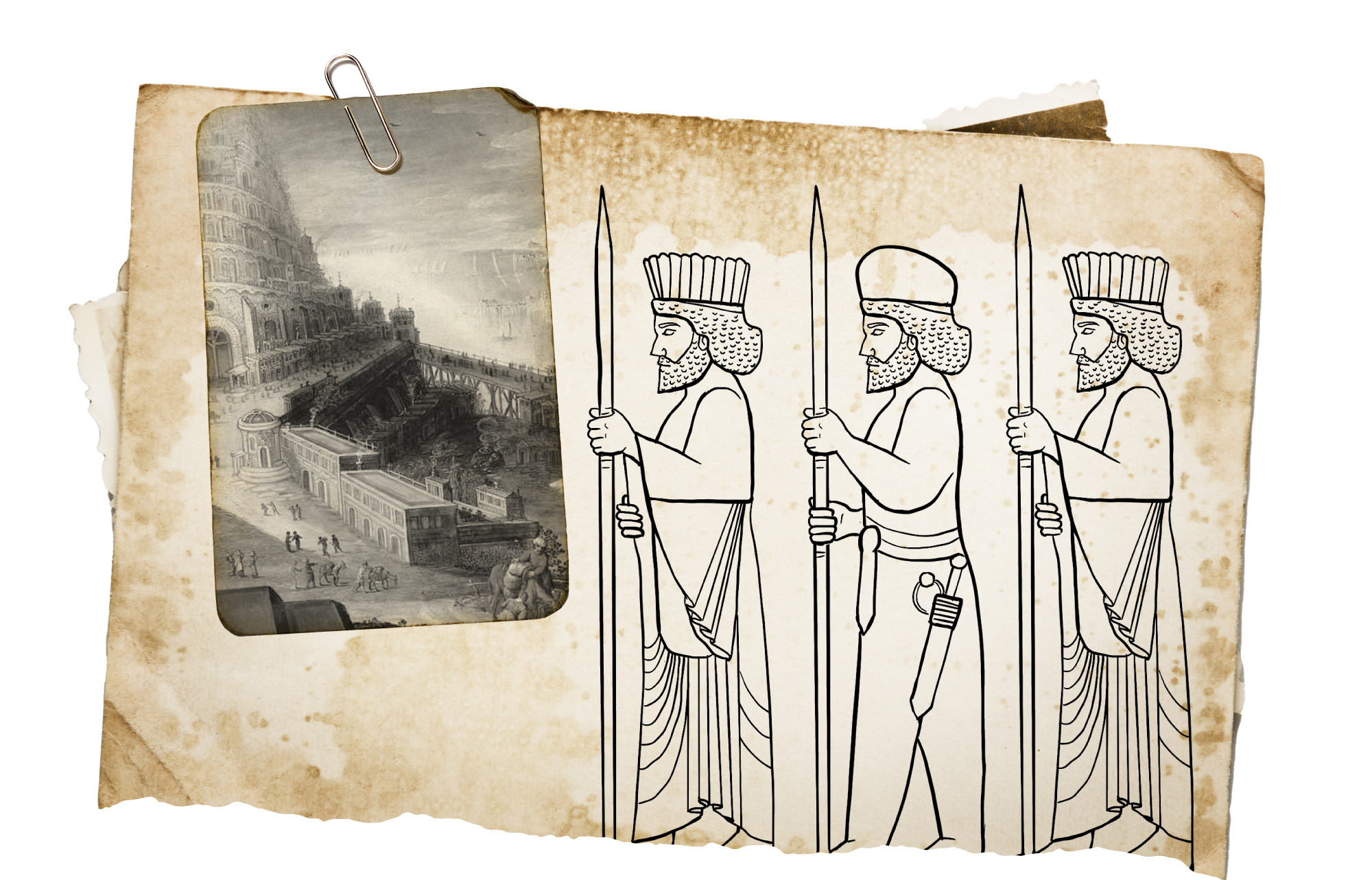 According to a general collective thought

Relations between the Persians and the Arabs were not good at most times throughout history until the advent of the Prophet Muhammad, peace be upon him. Relations were often very tense as a result of the Persians’ desire to dominate the Arabs, which the Arabs rejected with their pride and resistance, and the Arab sees that his dignity is represented in his sword.

The Persians and their kings were characterized by arrogance, pride, and contempt for others. The Persians justify this arrogance by their affiliation with the Aryan race. It is said that the name of Iran is derived from the word “Aryan”. Historians have noticed this phenomenon and pointed out to the pride of the Persian kings in their descent. They refer in particular to the King Dara inscription in Istakhr where the king says: “I am Dara, the great king, and king of the lands inhabited by all peoples. I am a Persian, the son of a Persian, and I am of Aryan descent”.

The Persian kings view other peoples as slaves of the Persians. This view is summed up by King Dara in the aforementioned inscription saying: “These are the lands that I own other than Persia that I control. They paid the tribute to me and did what I commanded and my law is obeyed there”. The inscription mentions many countries, but what concerns us here is that it also mentioned: “Babylon, Assyria, Arabia and Egypt”. The kings of Persia viewed the peoples around them as not belonging to them, but rather as subordinate to them.

From this point, the Persians, and specifically their kings, formed a stereotyped image of the Arabs. Khosrau’s speech before the delegations of nations and peoples who came to visit his court is a good example of this, as Khosrau expressed his strong hatred for the Arabs, displaying the stereotyped image of them in the Persian collective thought. He said: “I do not see that the Arabs have any good qualities in matters of religion and worldly matters. They are not strong and do not have a decisive character. Which indicates their humiliation and their weakness is their place of residence (meaning the desert) with bewildered beasts and birds. They kill their children out of poverty and kill each other out of need. They do not know anything about the food, clothes, drinks, amusement and pleasure of this world. The best food which their master ever had was camel meat, which many wild beasts do not like”. Thus, Khosrau’s speech came out expressing the stereotyped image in the mind of the Persians towards the Arabs and the superiority of the Persian Aryan race over the Arab Semitic race.

In fact, his speech was not the unique model of the Arab stereotyped image in the Persian collective thought, as the story of King Bahram is another example related to that. The senior men of the Persian court rejected Bahram’s accession to the throne after the death of his father, Yazdegerd, on pretexts that were all hostile to the Arabs, humiliating them, and expressing the view of the Persian court towards the Arabs. Bahram had been raised in Al-Hira palace with the sons of Arabs and learned their language and customs. The men of the court said in great bravado that Bahram did not deserve the throne of Khosrau because: “He did not have the morals and character of the Persians, but he got the character of the Arabs because of his upbringing among them”.

The Persians hated their king, Bahram Ibn Yazdegerd, because he was raised in the court of Al-Hira.

The story of Al-Harith Ibn Kalada is another story that confirms what we mentioned earlier about the stereotyped image of the Arabs and the contempt of the Persians for them. Al-Harith was an Arab physician who came to the court of Khosrau to treat the king. Khosrau looked at the man’s clothes with contempt and asked him: Are you Arabian? The man replied proudly saying: Yes, I am an Arab man wholeheartedly. Khosrau wondered, saying: With their ignorance, weak minds, and poor food, what will the Arabs achieve with a physician!

Thus, the previous examples explain the nature of the bad stereotyped image that the Persians drew of the Arabs as ignorant, without religion or civilization, and that they are the desert dwellers in contrast to the city-dwellers of the Persian Aryans. The Persian kings remained convinced of their illusions until they were surprised by the Arab and Islamic conquests that overthrew the throne of Khosrau and brought Persia to a major civilized stage.