According to an Ottoman historian: They were the best to mutilate corpses The Ottoman massacre against the Kurds: The Great Bitlis 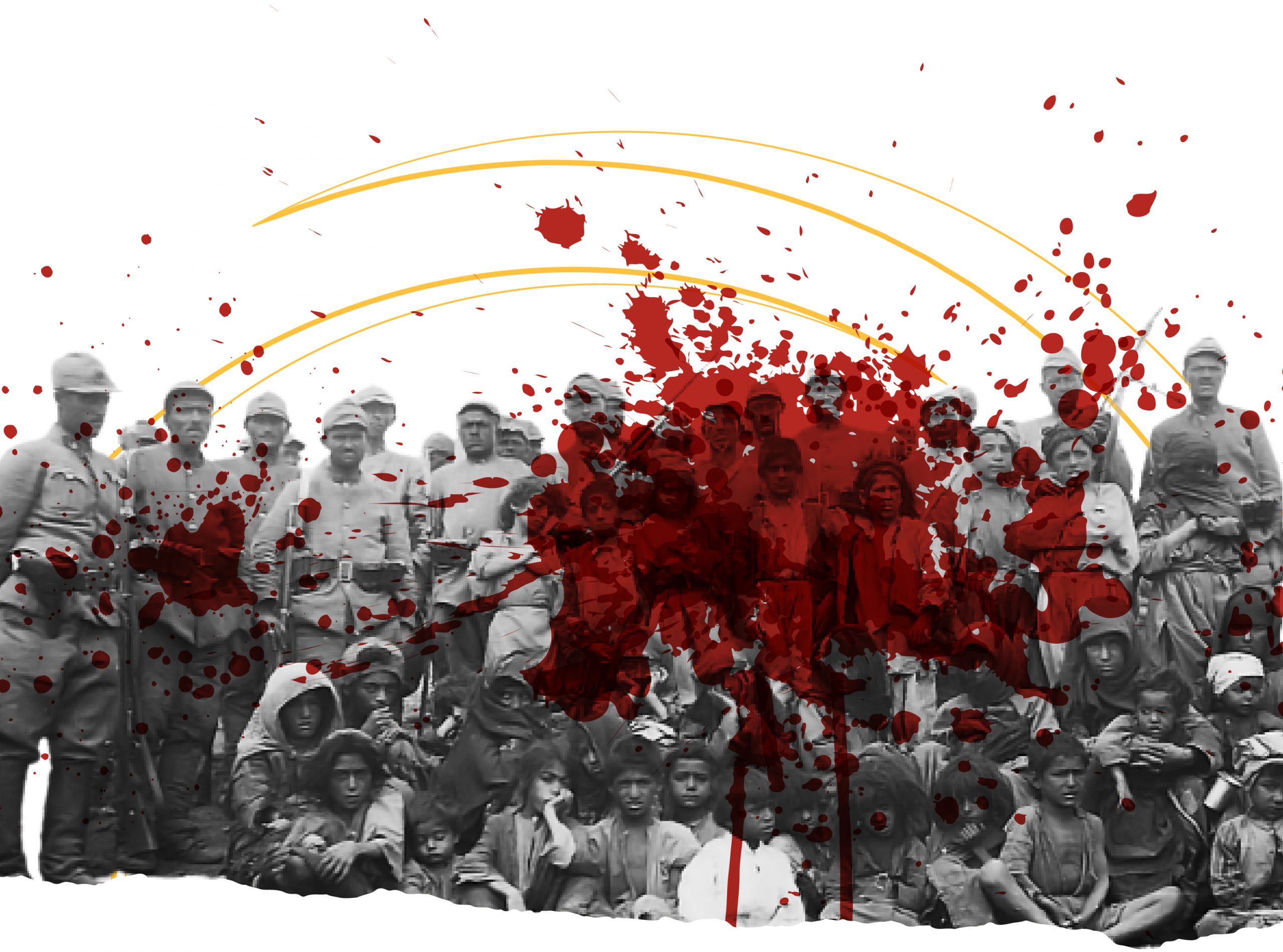 According to an Ottoman historian: They were the best to mutilate corpses

The Ottoman massacre against the Kurds:

The Ottoman historian Evliya Çelebi, born (1611) in Istanbul, is considered a traveler and an Ottoman explorer who traveled independently on missions with the Ottoman armies and expeditions, for forty years, where he started it in 1630 from his hometown, where he recorded his observations on his travels, in his well-known book “Sayhat Namah” book flights in Arabic. Çelebi described one of the most brutal massacres in human history, the “Bitlis” massacre, which was committed against the Kurdish people.

The Turks deliberately defamed the Kurdish nation and accused it of barbarism and backwardness, as they described it as a nation less than the Turkish race, which they consider to be of higher status than other nations. Therefore, Evliya Çelebi described the Kurds as an infidel nation in many of his narrations about them, although he visited their country, lived in the suburbs and admired the country and its diversity and civilization.

Perhaps, and from a historical perspective, it was a mere luck that the traveler Evliya Çelebi was an eyewitness to the horrific crime committed by Sultan Murad IV, out of his jealousy and hatred against the inhabitants of the Kurdish city of Bitlis, a city located on the eastern side of the borders of the Ottoman Empire. Bitlis remained tolerant throughout its history, for example: the Kurds allowed the Armenians to live near them in the city, and to build a number of monasteries. In fact, during the fifteenth century, Bitlis became a center for the production of Armenian manuscripts.

Çelebi recorded the facts of the massacre in his book “Seyahtanama” in 1655, and described that crime that exposed the tyranny of the Ottoman sultans and how they ran the Islamic countries whose misfortune led them to live under the lash of the Turks, so they engaged in all immoral actions, and political and security violence, due to their arrogance and vanity.

Çelebi wrote down his observations and stories through his Ottoman travels, documenting the things he witnessed as he moved from one region to another, from one city to another, and from one castle to another. He detected and recorded all the accurate information about the heritage and folklore of the Kurdish people and their civilization during the Ottoman rule, only to discover some of the hoarded Kurdish heritage, their lost heritage, to be a biased witness to the Ottomans; to eventually obtain sufficient information that no other Turkish or any Ottoman traveler in this span of time, as stated by the researcher Fathallah Hosseini.

The narrations confirm that the Bitlis massacre started when Sultan Murad IV was returning to the Kurdish Diyarbakir to be congratulated after occupying the city of Baghdad in 1639, but Amir Bitlis Abdul Khan did not congratulate him, due to special circumstances, so the Sultan got angry and ordered his military commander, Ahmet Pasha, saying to him: “You must avenge me and take revenge on Yusuf, the leader of the Al-Mazuri clan, and Abdul Khan Al Badlisi.” To immediately kill about 700 Kurds and bring the leader Yusuf a captive after they tortured him, then they executed him. Afterwards, the Ottoman army marched to Mount Sinjar to kill more than 10,000 people, the Ottomans were not satisfied with that, but took most of the livelihood of the Kurds and considered them spoils, while the Ottomans confirmed their tyranny with that crime, establishing a deep-rooted hostility with the Kurds, and Diyarbakir turned into mountains of skulls and severed ears. It is a Turkish policy and custom that they carry out against all those who fight them in order to torture and intimidate others.

Grim details that claimed the lives of more than 10 thousand Kurds.

The massacre was committed after the Kurdish ruler failed to congratulate the Ottoman Sultan after his occupation of Baghdad in 1639.

According to the researcher Hussein Jammo, who said: “Arrogance can be detected in the letters of Ahmet Pasha to the Kurdish prince, which were collected and commented on by the researcher Bawar Nur al-Din in a book devoted to this particular incident; among the threatening sentences used by the Ottoman Pasha: “I pledge to punish and discipline Abdul Khan until he and his sons become slaves of the Ottomans”.

The researcher Rashid Fendi, in his translation of the book of the Journey of Evliya Çelebi in Kurdistan, states that the relationship between Murad IV and the Kurds in the city of Bitlis and its leader Abdul Khan, was filled with jealousy that dominated the heart of the Sultan and was seized by the flames of hatred, although Abdul Khan sent his two sons while they were carrying the Qur’an in their hands, hoping the Sultan would retract his plan of extermination. The battle took place and Evliya Çelebi witnessed its wonders and horrors, so he wrote: “As for our soldiers, given the large number of necks they cut, they reached a limit that their baskets could not fit, so they cut off noses, ears and heads, and each of them aspired to bring 20 ears and 10 noses; one of them had 40 ears and 20 noses. The person who brings more baskets full of severed heads, will get more valuable gifts, while the Kurdish prince’s property was sold in an auction and the soldiers looted as much as they could.”

The Turks deliberately defamed the Kurdish nation and accused it of barbarism and backwardness.