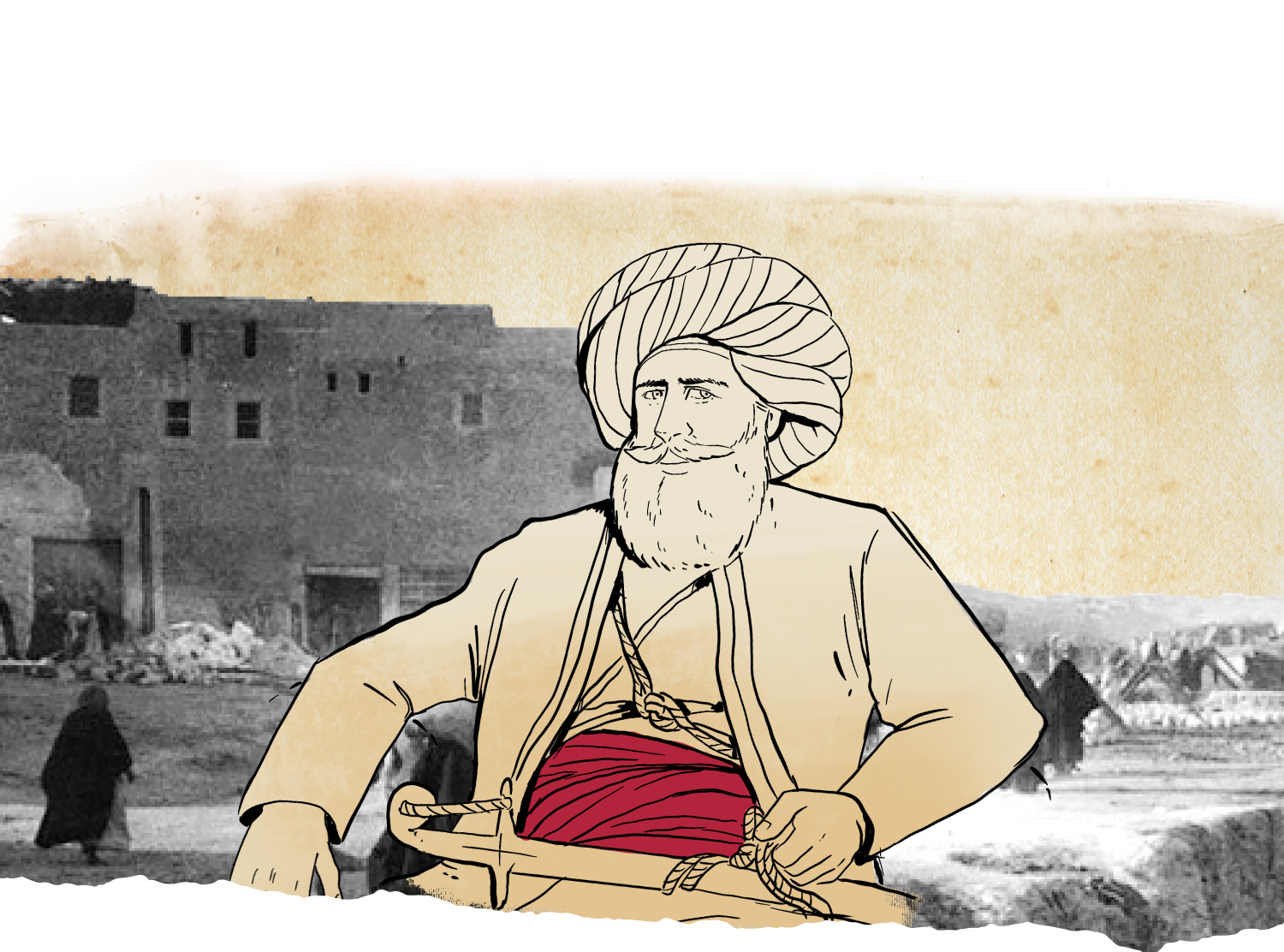 After Al-Ahsa was seized by Khurshid's campaign (1838)

The ambitions of the Ottoman governor in Egypt, Muhammad Ali, developed in the Arabian Peninsula after the campaign of Khurshid Pasha in (1837 AD). Therefore, the sources indicate that Muhammad Ali realized the necessity of extending his influence to The Arabian Gulf, and hence his keenness to not only control the interior of the Arabian Peninsula, but also control the coasts of The Arabian Gulf so that he can secure his influence in Najd.

Therefore, Muhammad Ali issued orders to the commander, Khurshid Pasha, to work on achieving this matter. Accordingly, since the end of 1838, the Ottoman invaders began to spread in the Arabian Gulf. That was after seizing Al-Ahsa, which is the closest region of the Arabian Gulf to the center of the Arabian Peninsula.

The most exciting step was the progress of Khurshid Pasha’s forces to occupy the ports of Qatif and Uqair on the coast of The Arabian Gulf, and to place military garrisons in them, ​which put Muhammad Ali in direct confrontation with the foreign colonial interests in The Arabian Gulf.

Therefore, the English historian Henry Herbert Dodwell notes, relying on British archive documents, the strained British relations with Muhammad Ali as a result of this. In the report of the British Resident in the Gulf at the beginning of (1839), he shows Britain’s annoyance over the arrival of Muhammad Ali’s forces to Al-Ahsa and Qatif, as well as their arrival to the lands along the Arab coast of the Gulf. The British resident also expected at the time that the next step would be the insistence of the ruler appointed by Muhammad Ali to assume the role of requesting zakat from the local rulers on the Arabian Gulf, in continuation of what they were doing with the Saudis.

Things developed more interestingly, as British documents mention that Khurshid Pasha sent a letter to the British Resident in The Arabian Gulf telling him of his intention to occupy Bahrain and annex it to his authority. The most important thing that was mentioned in one of the British documents is the arrogant talk said by one of the commanders of Muhammad Ali’s army in Qatif to an English admiral who was visiting the Gulf. He told him that Khurshid Pasha was waiting for supplies from the city to take over Bahrain, and he would not be satisfied with that, but would also continue and would seize Basra and Baghdad to ensure Muhammad Ali’s control over the entire Arabian Gulf.

Dodwell believes that this suspicious activity of Muhammad Ali’s forces in the Gulf meant an attack on Bahrain. He notes that British documents describe the Sheikh of Bahrain as “one of the peaceful Arab leaders in the Gulf, and that he signed the general treaty in 1820 with Britain”.

Hence, the government of British India, which is concerned with the affairs of The Arabian Gulf, responded to the statements of Khurshid Pasha harshly, and sent supplies and encouraged the deterrence of Muhammad Ali’s forces.

Muhammad Ali failed when he tried to describe his expansion in The Arabian Gulf as rumors repeated by his enemies. Britain indicated through the reports of its delegations that Muhammad Ali ​was following an expansionist policy similar to its expansionist policy in the south of The Arabian Peninsula to control international trade routes, and that this would badly affect British interests in the region.

British reports also indicate secret contacts of Muhammad Ali with Persian diplomatic elements. Iran was at that time under Russian influence, so the British diplomacy sent a question about Muhammad Ali’s expansion, was it an Ottoman will, or a personal policy on the part of Muhammad Ali. It was a preparation to deter him. Hence, Britain sent a strongly worded letter to Muhammad Ali, through its representative, telling him “to stay away of the island of Bahrain”.

The Ottoman maneuver represented by the governor Muhammad Ali with the colonial powers headed by Britain ended with the Treaty of London (1840), which imposed on Muhammad Ali to end his expansionist ambitions, and not to engage in any conflict with Britain.

The Treaty of London (1840) put an end to the expansionist policy of the Ottoman governor, Muhammad Ali, The Arabian Gulf.