After he had created a crisis with the king of Al-Hira.. Khosrau’s failure to disperse the Arabs forced him to fight them 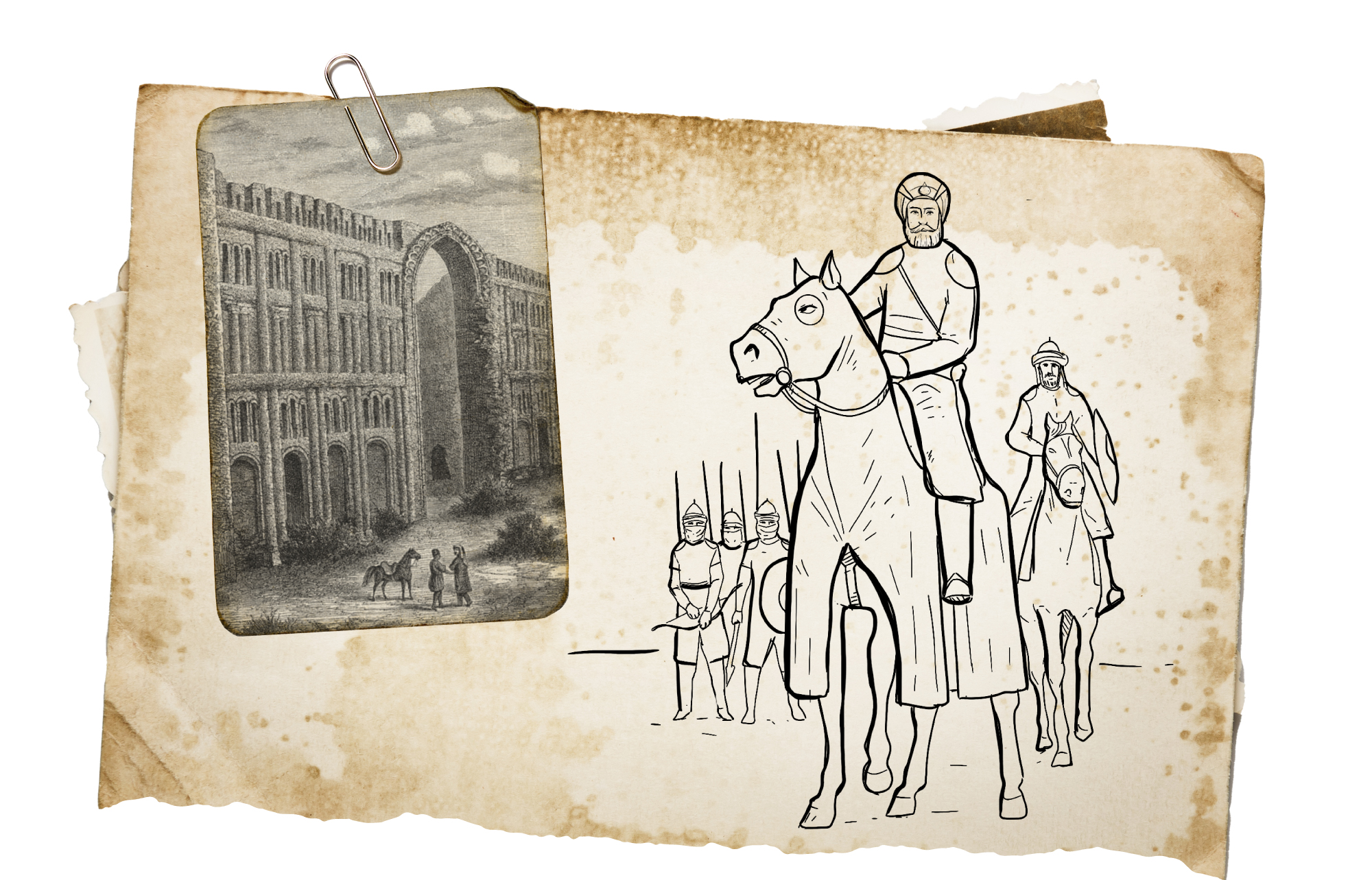 Khosrau's failure to disperse the Arabs forced him to fight them

The Arabs still give the battle of Dhi Qar a special importance in their pre-Islamic history because it embodies an important moment in their days and embodies their unity before Islam. It is interesting that this battle is no less important in Persian history, and that is why the famous Iranian historian Hassan Pernia states that: “Although the battle of Al-Qadisiyyah was considered the first battle of the Arabs against Iran at that time, but if we take into account the results of the battle, we consider the battle of Dhi Qar to be their first battle against the Iranians”.

Due to the importance of Dhi Qar in history, we will try to capture the historical circumstances that led to this important event. Some researchers believe that there are direct and indirect reasons behind the clash between the Arabs and the Persians in Dhi Qar. They attribute the direct reason to the dispute that broke out between Khosrau and Al-Nu’man Ibn Al-Mundhir, as a result of the latter’s refusal to marry his daughter to Khosrau. Therefore, Khosrau summoned Al-Nu’man to his court, betrayed him and killed him. Khosrau knew that Al-Nu’man had entrusted his wives and money to Hani Ibn Masoud, one of the Arab leaders from Bakr bin Wael tribe. Therefore, Khosrau sent his messengers to Hani, threatening him, saying: “Al-Nu’man was my representative on Al-Hira, and he entrusted his money and his family to you, so send them to me. Do not make me send to you and to your people my soldiers who will kill the fighters and enslave the offspring”.

Hani Ibn Masoud, the man of magnanimity and Arab dignity, refused to betray his covenant to Al-Nu’man Ibn Al-Mundhir, and then Khosrau became angry with him, and the preludes of war began, and matters escalated to the point of confrontation.

Iraqi Khaled Al-Douri believes that this dispute may be the direct reason of the battle of Dhi Qar, but there are indirect reasons behind this that may be more important than the direct reason. The issue began with the policy of Al-Nu’man Ibn Al-Mundhir and his orientation towards the leadership of the Arab tribes and confronting the direct interference of the Persians in the affairs of the Kingdom of Al-Hira. Al-Nu’man turned into one of the important Arab figures against the Persians and he sought to unite the Arab tribes, so the clash between the Arabs and the Persians was inevitable. Al-Douri affirms the Arab poets’ support for Al-Nu’man Ibn Al-Mundhir, to the extent that Al-Nabigha Al-Dhubyani said about Al-Nu’man’s status:

On the other hand, Khosrau adopted a racist policy towards the Arabs, and it is mentioned about him that he said in the satire of the Arabs: “I did not see in the Arabs any good quality with regard to religion, worldly affairs, strength and firmness”. In addition to that, Khosrau applied the policy of divide and rule, as he sought the assistance of some Arabs against other Arabs. Therefore, he offered the rule of Al-Hira to one of them, saying to him: “Can you confront the Arabs on my behalf?”.

Some believe that Khosrau’s desire was not only to seize the women and money of Al-Nu’man that he left with Hani Ibn Masoud, but his greatest concern was to seize the weapons that Al-Nu’man left with Hani, as Al-Nu’man sent him hundreds of shields and bows before his death. It seems that this power began to worry the Persians, and their need became urgent to disarm the Arabs in order to keep them in a state of permanent weakness so that they could be easily controlled.

Therefore, Khosrau mobilized his armies to send them to the Arabian Peninsula in order to subdue the Arab tribes that refused to be subordinate to the Persians. The Iranian historian Hassan Pernia estimates the number of the army at about forty thousand men from the Persians and the Arabs cooperating with them. This army also accompanied a number of elephants in order to demolish the fortresses of the Arabs and terrorize them.

On the other hand, Hani Ibn Masoud provoked the Arab fervor against the Persians, as the tribes of Bakr Ibn Wael began attacking the lands of Iraq in a message addressed to Khosrau explaining the Arabs’ strength and their challenge to the Persian hegemony.

There were also numerous correspondences between Bakr tribes scattered throughout the Arabian Peninsula. The delegations came from Banu Bakr in Bahrain and Al-Yamamah, as well as the request of the prisoners of Banu Tamim at Banu Shayban to fight with them. The Arabs united and agreed to fight the armies of Khosrau at Dhi Qar, which became an immortal battle in the Arab memory and an important topic in the divans of Arab poetry.

Dhi Qar is still an important topic in the memory of Arabic poetry and its divans.