After the Arabs humiliated their history, the Persians sought to achieve religious and doctrinal professionalism to meet their ethnic goals 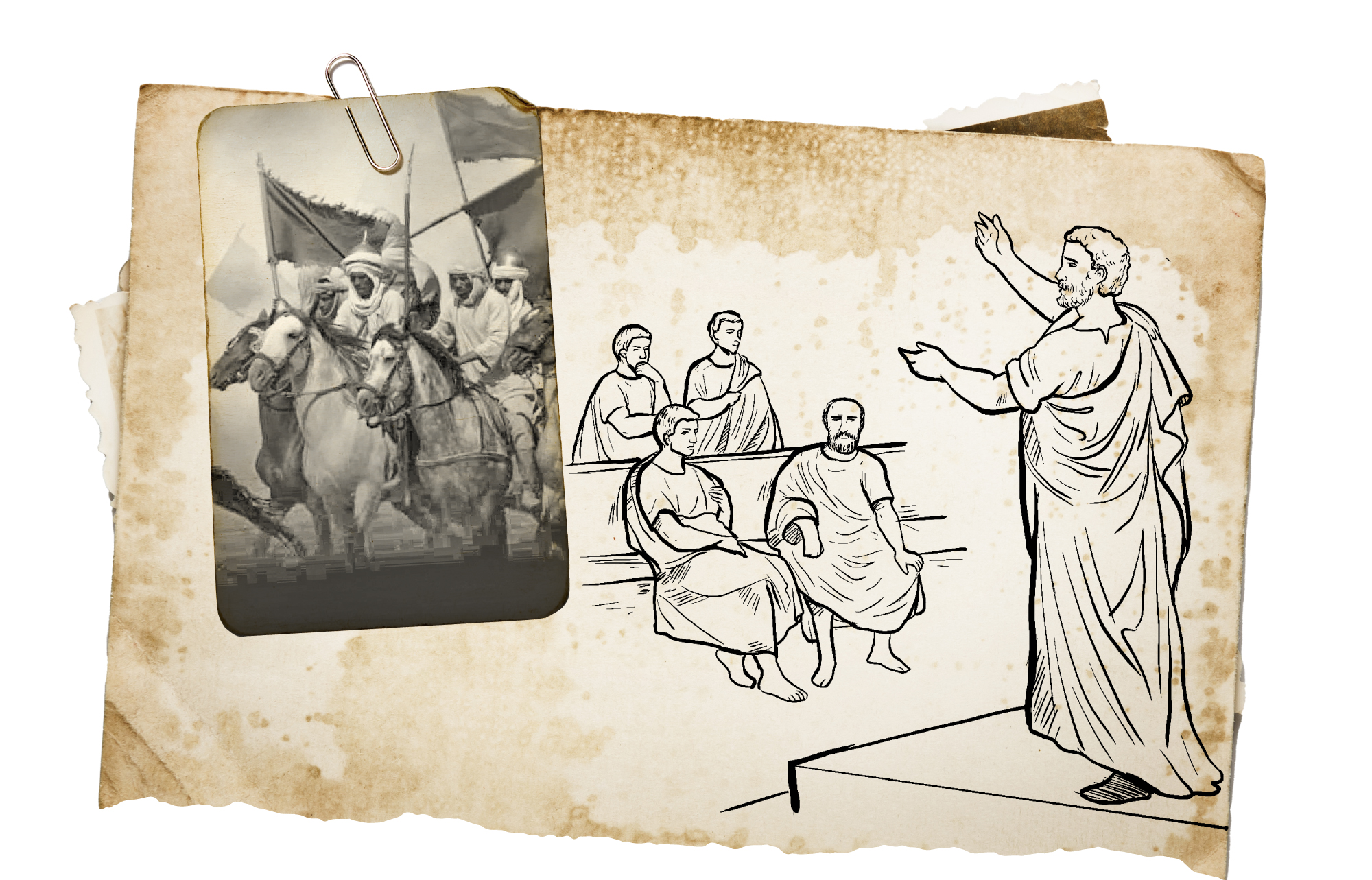 After the Arabs humiliated their history,

Ethnic structures used to fall victim to political agendas that regard ethnicity as a popular incubator and a factor for unifying popular components, especially in light of a worried strategic environment, unstable geographical borders, and an expansionist ideology that consolidates the idea of the national state and territorial borders.

In this context, we note that there are historical accumulations that contributed to crystallizing and strengthening the “ethnic ego” of the Persians and directing it to subjugate a group of areas in which the Persians saw their vital extension, as well as to confront the Arab Islamic conquest that was able to bring the Persians out of the darkness of their ignorance to the light of guidance and the guidance of Islam.

The Persian authorities contributed to strengthening the ethnic association and raising it to the point of reverence. The Persians saw themselves as superior and better than all, and their homeland was their priority. They believe that their Indo-European race is the purest of human races, which is reflected in the nature of their dealings and their view of the Arabs.

In this regard, in his book “The Writer’s Etiquette”, the Persian historian Abu Bakr Al-Souli describes some manifestations of Persian ethnic superiority, saying: “A Persian entered into a debate with an Arab. The Persian said: We never needed you for work or a name. The domination has become yours, but you were not able to dispense with our services in your business and language, even if your food, your drinks, your books, and what is in them follow what we have named”.

During the historical stages, the ruling authorities in Persia contributed to embracing a group of religious expressions that contributed to strengthening the ethnic factor and separating it from the rest of the other ethnic expressions. Through the previous rooting, we saw how the Persian governments supported the religions that were victorious for ethnicity, such as Zoroastrianism, at the expense of the communist-oriented religions such as Mazdakism and Khurramitism.

Some analysts may be mistaken when they present the Persians or Iran today as a political entity influenced by an Islamic doctrine. They dropped the ethnic factor from their analyzes, as Iran turned into an entity professionalizing religion to achieve its ethnic goals. Here, it does not matter whether the reference is Shiite, Bahai or Zoroastrian, as what is important is the unity and supremacy of the race in the face of the other races that impede the achievement of the illusions of expansion and domination.

The Persian hatred of everything that is Arab has moved from a mere behavioral accumulation to a material move aimed at subjugating the Arab countries to the politicians of Persia, who have not yet realized how the Arabs succeeded in humiliating Khosrau and ending his rule. In this regard, we find one of the researchers confirming this by saying: “The Persians’ hatred of the Arabs has another reason in addition to their terrible defeats. In their culture, the Persian element is the master, and the Arab is only fit to be a slave and vassal. Suddenly, the Arab overthrew the crown from the head of Khosrau and overthrew his empire, humiliated their leaders and destroyed their pride”.

Persian hatred turned from a mere behavioral accumulation to a movement aimed at the policy of subjugating and destroying the Arab countries.

The doctrinal accumulations contributed to strengthening the ethnic tendency of the Persians, and then it became entrenched after the Islamic conquests that were motivated by religious motives away from every racist tendency that contradicts the noble Prophet’s guidance, who considered fanaticism to race, color or language as a remnant of the pre-Islamic era that Islam warned against following.

From this point of view, the epics of Dhi Qar, Al-Qadisiyah, Al-Jisr “Battle of the Bridge”, and Nahawand were historical stations that contributed to the overthrow of the Sassanid throne and the end of their empire. The Arab epics with the Persians also constituted a historical turning point in the Ideologicalization of the Persian hatred against everything that is Arab, and it is the hatred that was seized by some who claim sectarianism and who worked to racialize the doctrine and transform it into a new religious doctrine in the service of the Persian agenda, even if they falsely claimed their support for any religious given.

Traces of Persian hatred remained for centuries, and this was demonstrated by one of the prominent Iranian figures, a professor at Tehran University, Sadegh Ziba, when he expressed this fact by saying: “We have not yet forgotten our defeat by the Arabs in Al-Qadisiyah. There is hatred in the depths of our hearts towards the Arabs, as if it is fire under the ashes that turns into flames whenever the opportunity arises”.

If, according to Trotsky, hatred remains one of the most important factors in the class struggle, then the hatred of the Persians has risen to the level of being the main factor that pushes them to wage war against the Arabs and to work to overthrow their original religious approach. It is the goal that, according to their claim, can only be achieved by overthrowing the center of power of the Arab and Islamic world.