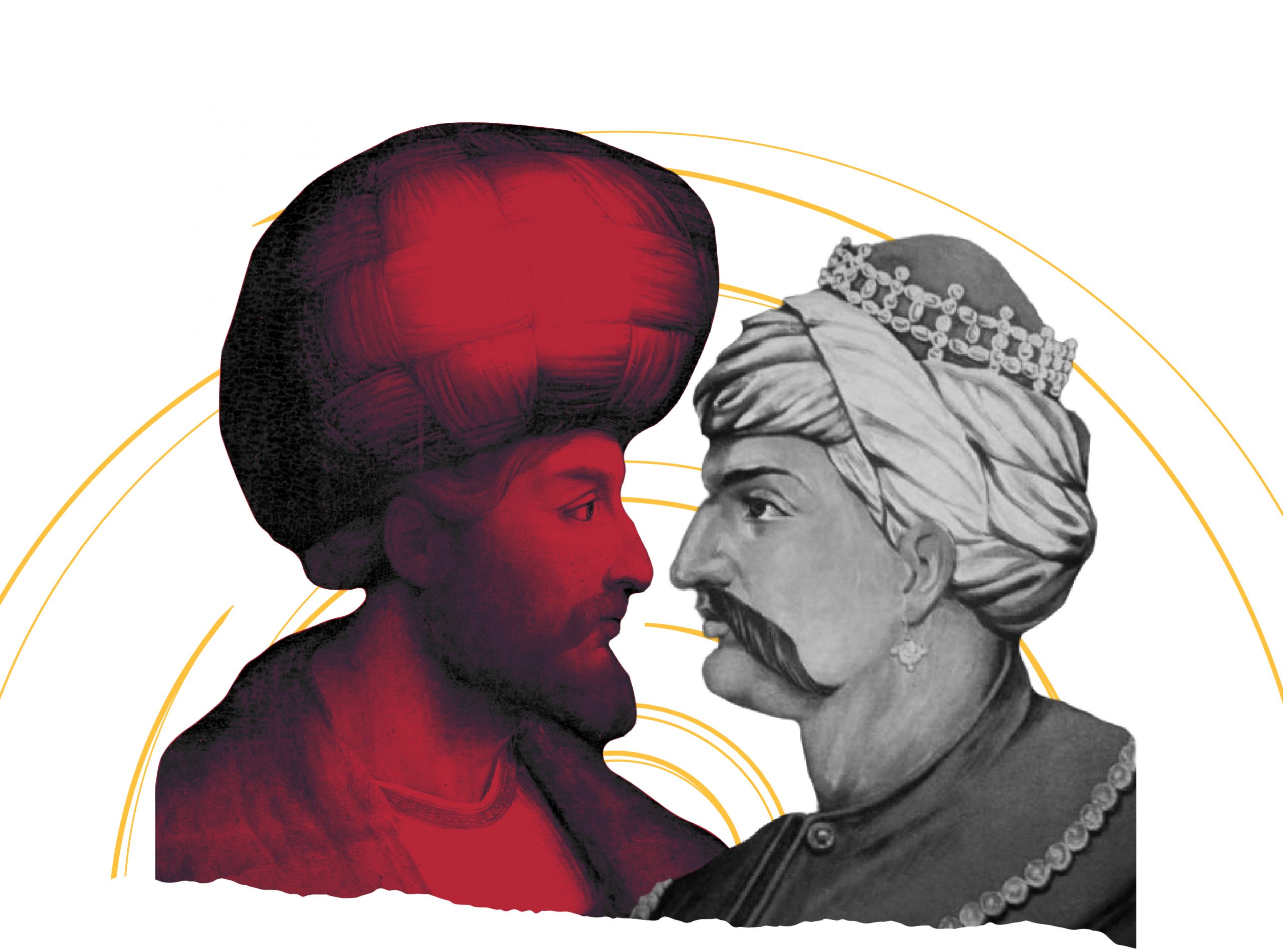 After the Magnificent revoked his father’s covenants

Divide and Conquer to

Geography and history shaped the homeland of the Kurds and outlined its political profile throughout history. The location of the Kurds’ settlement, its mountainous terrain, the unlimited space, in addition to their widespread geographical distribution have effectively contributed in making them at a crossroads in the relationship with the major surrounding countries.

Perhaps the location of Kurdistan in the area between the Safavid state and the Ottoman Empire brought the Kurds into the midst of a global conflict, or rather put them between a rock and a hard place, there is no escape or way-out from it, for example: When the Safavid state became a threat to the Ottoman state since the fifteenth century AD, the homeland of the Kurds was the battlefield between the two countries. Historical sources indicate that the Ottoman Empire declared war on the Safavid state upon its expansion at the expense of the Turkmen state of the “Aq Qoyunlu” White Sheep” and the subsequent gains and expansion in the Kurdish regions, which Shah Ismail al-Safawi (1501-1524) considered a vital area for his state, accordingly several Kurdish Emirates were subject to him; such as the Emirate of “Hakkari” and other Kurdish emirates, where he handed them over to the Qizilbash instead of the Kurds, and forced them to leave the Sunni sect and embrace the Twelver sect, within a comprehensive sectarian policy that was followed throughout the lands controlled by the Safavids, to that end, they used repression, excessive brutality and terrorizing the inhabitants, and harnessing the material and military capabilities of the Kurdish emirates for the benefit of the Safavid state; in the context of those Safavid expansionist policies in Kurdistan and Asia Minor, the Ottomans realized the danger of Safavid expansion within the borders of their eastern state; therefore, the war between the two states broke out.

The Ottomans deceived the Kurds and worked on subjugating them.

After Sultan Selim I (1512-1520) secured Europe’s side militarily, he declared war against the Safavid state and marched with his army in (1514) to eastern Anatolia, until he reached the city of “Garmik” and there, he deployed a number of leaders of the left wing of his army, under the Kurdish prince Mustafa Bey commands. The so-called Mustafa Bey later became a minister in the Ottoman Empire. Both of the Ottoman and Safavid parties tried to have the Kurdish princes on their side, but Sheikh Idris Al-Badlisi’s efforts paid off by convincing a number of princes of the Kurdish Emirates that they would not lose their independence if they submitted to the Ottomans; most of them chose the Ottoman camp. There, the Ottoman and Safavid armies met in (23-8-1514) in the Chaldiran plain in the north-east of Lake Van; the battle ended with the Safavids suffered a major defeat; the Kurds played a major role in that battle, where about sixteen Kurdish princes joined this battle. The submission of the Kurdish Emirates to the Ottoman state lasted until the reign of Sultan Suleiman the Magnificent (1520-1566), and those emirates maintained their autonomy and appointed officials, governors, and administrators from the Kurds themselves. The Kurdish historian, Prince Sharaf Khan Al-Badlisi, mentions in his book “Al- Sharafnama” that the Kurdish Emirates during the Ottoman era were self-governed. The left bank of the western Euphrates River and all areas of the eastern bank of the Murad Su River, one of the branches of the Euphrates, were under the rule of the Kurdish Emirates. The Kurds offered obedience and gifts to the sultan, performed the work requested by the sultans, and provided reserve armies when needed.

Despite the independence of those emirates and their affiliation with the Ottoman authorities, they were carrying out revolutionary movements against the Ottomans. The military campaigns of the Ottoman authorities against the Kurdish revolutionaries, succeeded, by finding some agents to strike the Kurds from the inside, by applying the Divide and Conquer Policy. It is an effective policy used by the Magnificent with some Kurdish Emirates to limit their ambitions and movements against the Ottoman authorities, for example, but not limited to what he did with one of the Kurdish princes of Baban, as a rival appeared, supported by the Ottomans shortly after his accession to the emirate. As a result of such policy, the Magnificent appointed the first Turkish governor in his reign over Kurdistan, to eliminate the rule of the Kurdish princes and their various emirates after they used to inherit the throne of their emirates by heredity.

When the Ottomans sought the Kurds’ help, they granted them independence then turned against them.