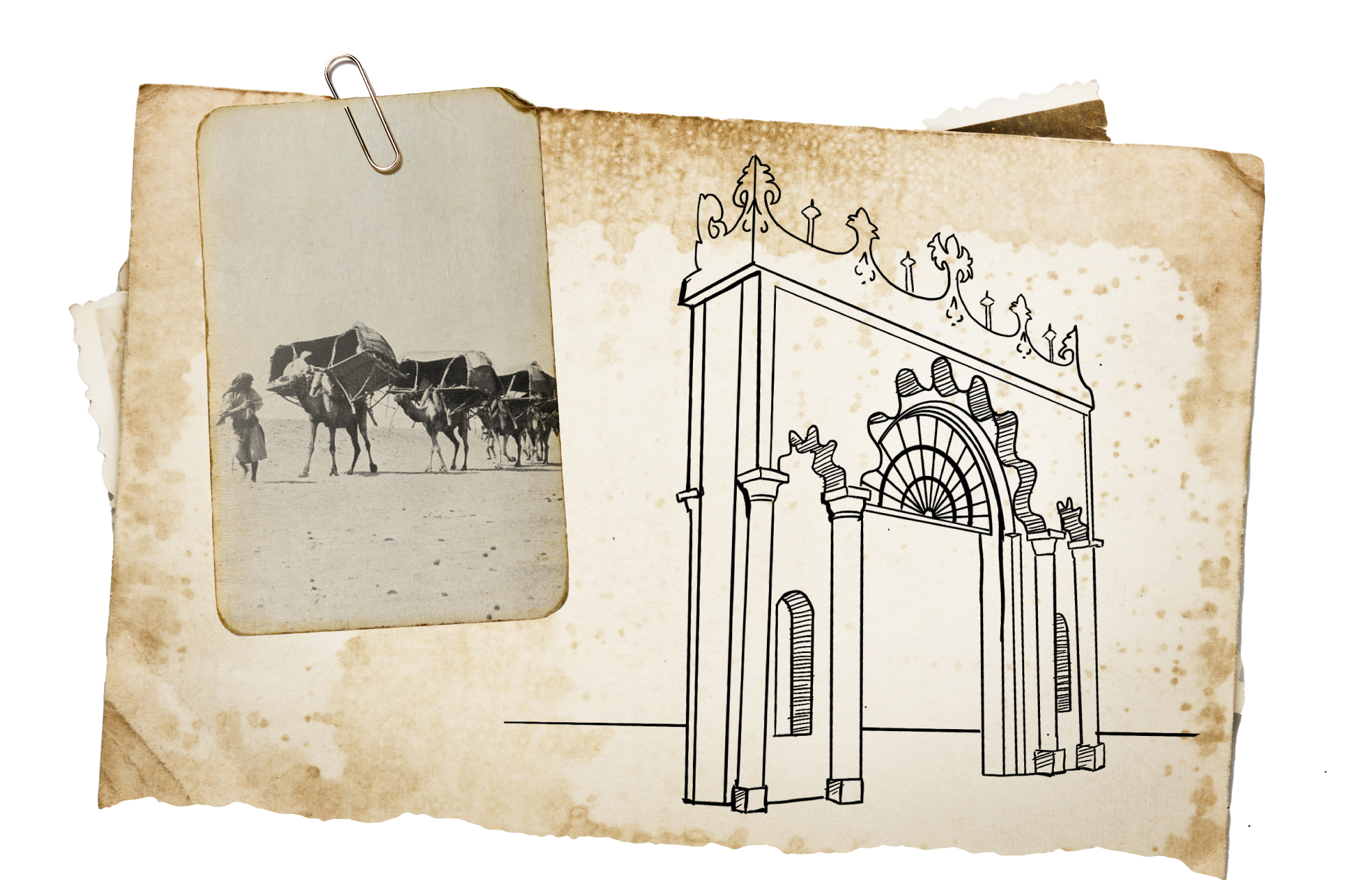 Al-Mushaqar day was named after the fort of Al-Mushaqar, known in the village of Al-Qarah in Al-Ahsa, one of the most important forts in the east of the Arabian Peninsula, and it is one of the forts which ruins have vanished. It is said that it was called “Al-Mushaqar” due to the type of sand that was used in its paint, which is characterized by a tendency to redness. It was also called the day of the slam because of the slamming of the door, as the Persians and their enemies slammed the door of the fort to betray the Arabs of Banu Tamim.

To shed light on the events of Al-Mushaqar Day, it is necessary to return to the movement of trade caravans between Persia and Yemen at the time when Yemen was occupied by the Persians. Abd Al-Wahhab Azzam tells us, based on Al-Isfahani, the author of the book “Al-Aghani”, that trade between Persia and Yemen could not cross the roads of the Arabian Peninsula safely except with the guard of the Arab tribes through this road because the Persian soldiers did not know the desert paths and they could not adapt to the difficult geographical environment. The Persians had to pay mandatory guard fees to the Arab tribes along the road. Azzam says: “Khosrau sent camels to his deputy over Yemen, and Bazan was in charge of the army that Khosrau sent over Yemen. The caravan was carrying supplies, and the guards would go with it from Al-Mada’in until it reached Al-Nu’man, and Al-Nu’man would send guards from Rabi’ah and Mudar until it reached Houza Ibn Ali Al-Hanafi, and he would do the same until it went out of the land of Banu Hanifa, then it would reach Saad (from Tamim). After that, they would send it to the followers of Bazan in Yemen”.

Hussein Mujib Al-Masri indicates that these caravans were carrying important wood for the manufacture of weapons, especially arrows, but the Persians betrayed Banu Tamim after they agreed that others would guard the caravans instead of Banu Tamim, with the new ones taking the guard money allocated to them.

Banu Tamim considered this an insult to them and an assault on their historical role, so they seized the caravans and captured those in charge of them. Khosrau insisted on taking revenge on Tamim, and in this way, he prevented sending “Al-Mira”, meaning seeds, to Banu Tamim for a year, and this year was one of the most barren years. Khosrau was not satisfied with that, but continued his trick in order to deceive Banu Tamim and eliminate them, as he sent a herald from his side to Banu Tamim telling them that Khosrau had forgiven them and sent the seeds and that they should go to the fort of Al-Mushaqar in order to take them.

Indeed, people went to the fort in the hope of obtaining seeds after going through one of the toughest years. Here, Khosrau and his soldiers deceived Banu Tamim as he slammed the door of the fort (closed it) and allowed them to enter only individually, citing that it was for the purpose of regulating entry and obtaining Al-Mira. In fact, the Persians were killing whoever entered the fort without anyone outside knowing what was really going on inside.

Khosrau planned to hold a massacre against the people of Tamim tribe, so he called them under the pretext of forgiveness and killed them individually.

Some were suspicious of the matter, especially since those who entered the fort did not go out. It is said that one of the men of Banu Tamim, called Al-Khaybri, struck the chain of the door with his sword, so the door was opened. The people discovered that a massacre had taken place for everyone who entered the fort. Al-Khaybri wrote poetry on that day (Al-Mushaqar Day) in which he mentioned how he saved the people from the treachery of the Persians:

In this way, the Persians betrayed Banu Tamim. The massacre of Al-Mushaqar day (the day of the Slam) was one of the days of the Arabs before Islam, which remains a new witness to the treachery of the Persians against the Arabs.