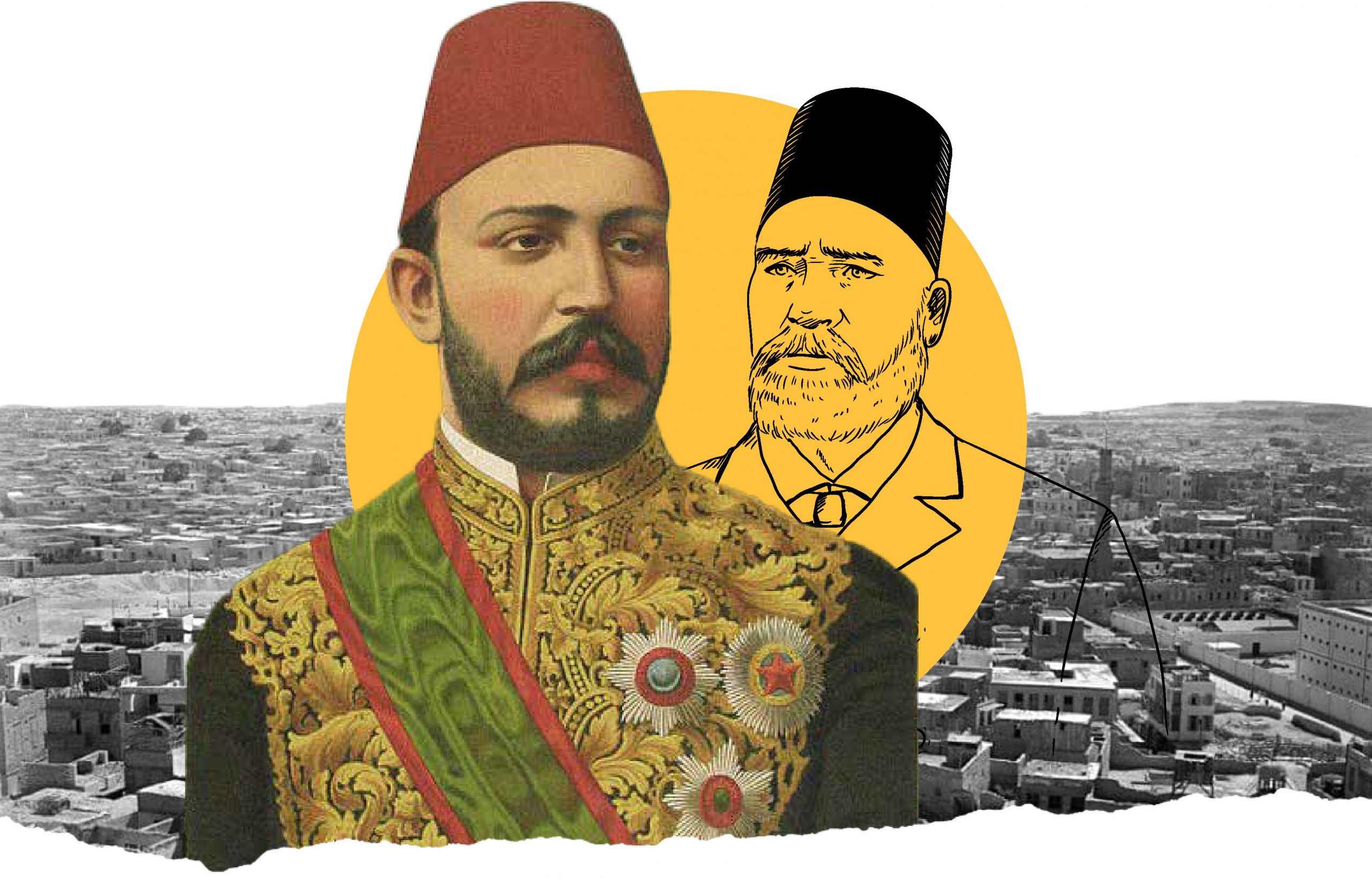 Abdul Hamid the second helped the British to colonize Egypt

Urabi’s revolution is considered to be one of the most important, national, and Egyptian revolutions. It was carried out between (1881-1882). What makes this specific revolution important is not only related to its time, since, at that time, it was a rare thing to see such a revolution with that capacity and effect over the Middle East during 19th century and the beginning of 20th century, but also it is that it was the result of a public and cultural movement that started under the reign of Mohamed Ali, and the result of the changes that took place pertaining education and forming a national army based on recruiting the Egyptians.

Right here, we start to see the Egyptians being recruited for the first time ever since the time of the Pharos, or probably the age of the Ptolemies. Besides, no one can overlook the House of representatives, in Egypt, formed for the first time (in 1866) during Khedive Ismail’s reign. Later, that seemed encouraging to start demanding a constitution that organizes the country; and indeed, a constitution was drafted (in 1881). Some see that it was a well- drawn- up one according to the standards of that age.

Mohamed Ali refused his son’s, Ibrahim Pasha, desire to allow Egyptian soldiers reach higher ranks in the army claiming that if he allows that, they will turn against our family and the Ottoman Empire itself as Egypt was part of the empire at that time, and ruled by Mohamed Ali Dynasty.

Indeed, when Urabi and his friends became officers during Sa’id and Khedive Ismail’s reign, they turned against the Turkish and detested the fact only the Circassians reached the higher ranks in the Egyptian army. In effect, the Egyptian officers started demanding to given the chance to reach higher ranks.

Some of the members of the house of representatives demanded ousting Khedive Tawfik because he was supporting foreigners. A national ministry had been formed with the poet Mahmoud Sami el-Baroudi as its president, and Ahmed Urabi as the minister of defense.

Khedive Tawfik allied with the European countries, hence, Urabi decided to fight for the Egyptian people and defend their national demands. Seeing this, Britain compelled the Ottoman Sultan, Abdul Hamid II, to consider Urabi as a disobedient to the Sultan, and whoever fights for him will be disobeying the Ottoman Empire and the Islamic Empire. That was attempted to weaken Urabi and get the people to give up on him, so as not to be considered disobedient. That desire was truly fulfilled.

However, even if that decision had little impact on the Egyptians, still, it de-legitimized Urabi and he was deemed disobedient of the Ottoman Empire which, at that time, was considered, based on the international law, the sovereign over Egypt. Besides, it gave the English military intervention in Egypt a legitimized cover. Indeed, they colonized Egypt in (1882) and crushed Urabi’s revolution. Urabi and his friends were arrested and banished to the Island of Ceylon. As a result, the British Colonization over Egypt continued till the year (1954), when the Anglo-Egyptian treaty terminated the British military presence in Egypt.

It is certain that the Ottoman Empire’s reaction towards Urabi’s revolt is detested by the Egyptian nationalists. So, in an attempt to justify the Sultan’s reaction towards Urabi’s revolution, Suleiman Gokah, a Turkish Historian, has written in his book” Sultan Abdul Hamid II: his character and politics,” that Britain was interested in colonizing Egypt so as to control Suez Canal, since it was its way to reach India, and that at the same time the Sultan detested what Urabi was doing. He believed that the revolution would give Britain the chance to conquer Egypt; “He saw that Urabi was nothing but a step in the process of colonization.” Besides, Gokah claims that the Sultan sent some of his representatives to dissuade Urabi, yet he refused. However, Urabi appealed to the Sultan to provide him with Ottoman military forces to fight the British, but the Sultan refused for fear that he would come into clash with the British if did so.

As a result, Britain colonized Egypt. And the Sultan’s renunciation is still looked upon with great abhorrence. That incident is taught to the children at school: that one of the reasons Urabi’s revolution got crushed is the Sultan’s decree. In fact, the Sultan’s reaction reflects the earlier clash between the international Islamic ruling ideology, and the Egyptian national ruling ideology, that Urabi and the advocates of “Egypt for the Egyptians” slogan had.

Abdul Hamid’s renunciation of the Arab started with Egypt