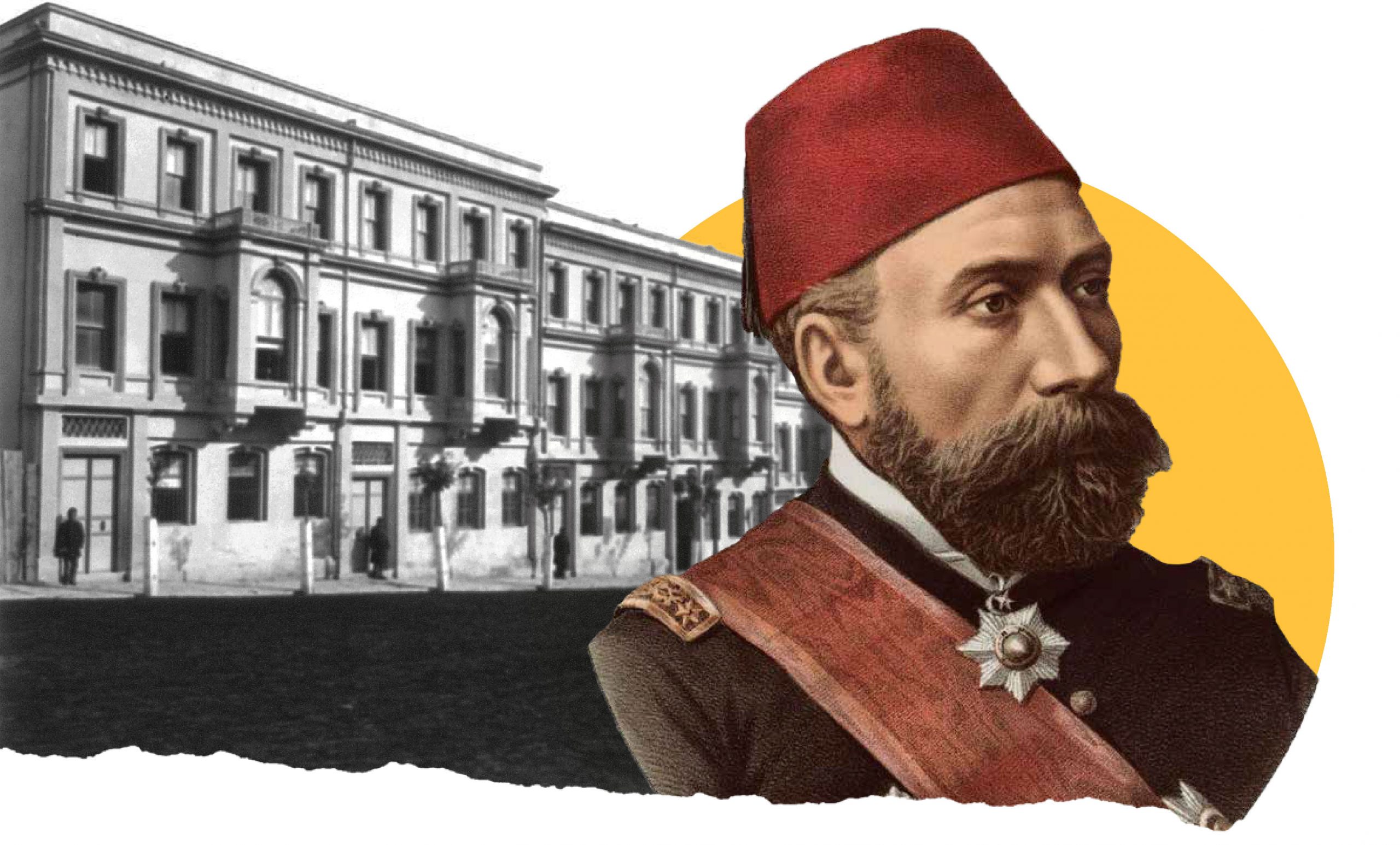 Beyond Education ... Abdul Hamid Established It for a Colonial Political Objective

The School of "Tribes”

As the crises of the Ottoman escalated during the 19th century, it was a difficult century for their empire, which seemed to be weakened and languish in terms of the system of governance and administration. Therefore, their sultans tried to restructure their state through some political, military, judicial and administrative reforms. On the other hand, they were struggling to control separatist movements and trying to take action against rebels in several parts of their empire.

Among the most primary problems that were faced by the Ottoman State, was the tribal concentrations of nomadic population on both of its near borders and the far occupied borders. That were traveling among valleys, mountains and agricultural areas; and causing some chaos. Because of the weakness of the Ottoman administration and its inability to control that. So the farmland suffered indiscriminate destruction as a result of this chaos, and the acts of pillage and plunder that were being carried out in front of the Ottomans without any reaction to control that chaos.

Where the local population experienced the confrontation of anarchist groups that used to mugging, pillaging and looting. As no one of those who represented the Ottoman power was listening to the complaints of the local people. Particularly during the period in which the Ottoman State was suffering from the phase of disintegration and its weak control over the far regions. Consequently, Rebellion in eastern Anatolia became common act in the late 19th century. When giving permanent residence and education for tribes were not an issue that to be disregarded in respect to the survival of the Ottoman State.

Hence, the Ottoman governor in Hejaz and Yemen during the Ottoman occupation, Ottoman Nuri Pasha, made a proposal to settle and teach loyalty to the tribes. This proposal submitted through a letter that he sent to Abdul Hamid II about the necessity for opening the educational institutions in Mecca. As he provided his views about assigning the children of Arab tribal that would be sent to Darulum through education. Where they could later be used, especially in controlling Arab tribes in the region. According to the view of Ottoman Nuri Pasha, the sons of tribal leaders and sheikhs would lead their tribes instead of their sheikhs in the future. Thus, the dominance and influence of state would be increased in their regions.

He intended to produce a generation that was extolling the Ottoman State and maintaining the loyalty of the tribes.

That proposal of Ottoman Nuri was accepted by Abdul Hamid II, especially since he was aware that the Arabs in particular had reached the extent of complete awareness during his era. As they had taken four centuries of time by the Ottomans, who were not concerned for the renaissance of the Arabs as much as they were concerned to benefit from the blessings of their country and transform them to be in a lower rank than the Turks. Further, they gave powers and leadership positions to the Turks. Therefore, Abdul Hamid II initiated the phases of establishing the Tribal School in Istanbul, intending to qualify the teachers that would be devoted to the sons of the tribes and to teach them in their country. However, this was not to educate them and eradicate their illiteracy, yet to impose the Ottoman culture on them. As well as to be assigned to serve only the Sultan and his state. So the vision and objective behind this school were merely a colonial objective. Where it was aimed at the children from the age of 12 to 16 years; and it set specifics for these children, who must to be children of influential families and sons of tribal leaders.

During the foundational steps of this tribal school, the emphasis was placed on carefully selecting educational curricula, especially with regards to history courses. As they ensured that the Ottomans to be highlighted and portrayed as conquerors and righteous people. In addition, they emphasized that the Arab lands before the Ottoman colonialism were in deplorable conditions, while after it they were developed and improved. As this is an explicit fallacy to historical facts. So, this was why Abdul Hamid II was aiming at ideologizing the history and directing it in an approach that primarily serves his colonial interests. Even if that is at the expense of scientific and historical truth. Moreover, among these objectives was to portray the Ottomans as being great in all fields, so that giving them respect that established a blind loyalty to their colonialism.

The preparation for the tribal school was activated since (1892) by qualifying teachers in Omar Effendi Street in Tashmirmani area of Kabatash. While this step was promoted in broad information, which was showing the concern of Abdul Hamid II to this school and his ambition to achieve its political objectives. Where the duration of the study in these schools was determined to be five years, then it was reduced to be four years. As well as an expansion plan was developed for it, starting from Istanbul and then to expand its branches in all Arab regions. Yet, simultaneously with the establishment of these schools, the Ottoman State was forced to rename the school to be preparatory school instead of tribal school. As they were concerned that the Arabs and other non-Turkish races might understand the main objective of it. And to show them as educational preparatory schools rather than that they were focusing on being directed to sons of tribes.

The tribal (preparatory) schools were trying to spread their policies and focus on social and historical aspects. Furthermore, the Ottomans strived to expand their buildings. Even a number of buildings were confiscated in order to be allocated to these schools. Also they cared for the students to a large extend. This was not for the purpose of education, but with the intention of ideology and directing. Even it came to assigning doctors to students in each school, which over the time developed to establish the hospital of tribal school.

However, the tribal school began in the year (1892) with great political ambitions and hopes by Abdul Hamid II and his men, by the time and due to the difficulty of the Ottoman international situation, it became more difficult to find masters for these schools. In addition, their expenses became weigh heavily on the Ottoman treasury. Also, problems occurred among the students of these schools. Especially between Arab and Kurdish students, who repeatedly had quarreled against each other. This forced the Ottomans to resort to establish a police station in these schools or close to them in order to end the repeated clashes and maintain the security situation within them.

Its curricula were focused on the ideological and politicized history in the interest of the Ottomans.

These schools, instead of being a place for learning, they became a place that was led by politicians. As well as a place to dredge up prejudices and problems among people of different nationalities. Where they were bullying each other. Even it came in the beginning of the 20th century that news of violence in these schools made big headlines in Turkish, Arab and foreign newspapers. Some of these was published in the year (1903), when Four Ottoman officers were injured in one of these schools’ quarrels. This prompted the authorities of Abdul Hamid to try to deny this news. But its wide circulation made these schools a crisis for the Ottoman State during the era of the tyrant Sultan Abdul Hamid; hence, he was forced to close them in the year (1907).