“Dhi Qar”.. The Arab battle praised by poets and stored in Persian memory 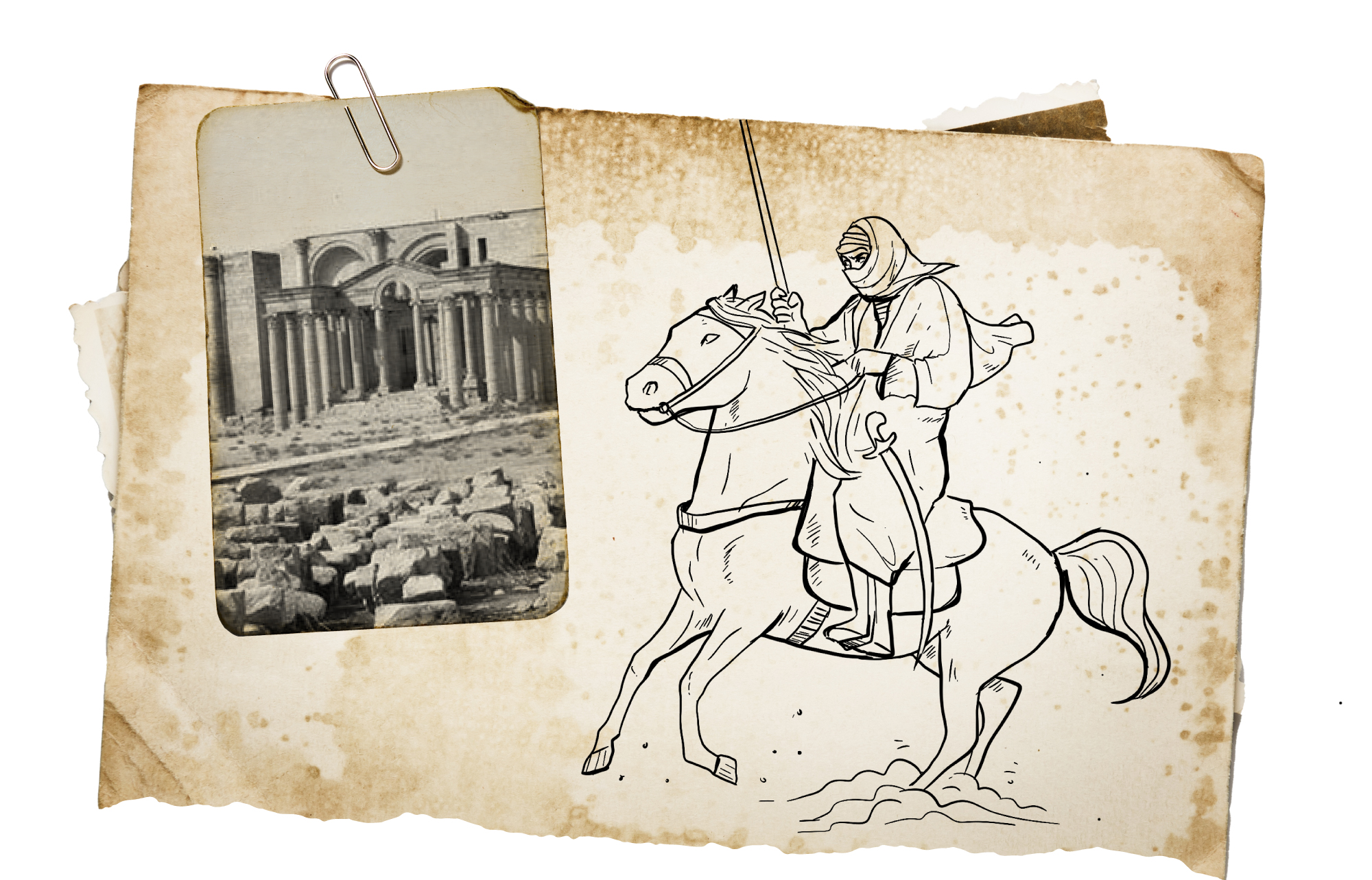 The Arab battle praised by poets and stored in Persian memory

The Kingdom of Al-Hira was one of the most important Arab kingdoms in the north of the Arabian Peninsula in the pre-Islamic era and played an important role in the civilization of the Arabs at that time. Historians trace its origins to the weakness period of the Parthian state and the beginnings of the Sassanid state, where the Persians were forced to allow the establishment of the Kingdom of Al-Hira after their inability to confront the Arabs of the desert. Thus, Al-Hira was an Arab kingdom that served as the barrier entity between the Arabs of the Arabian Peninsula and the Sassanid state, and at the same time, it played an important role during the conflict between the Persians and the Romans.

Al-Hira is located on the Euphrates River near the ruins of ancient Babylon. It was said that the Arabs called it Al-Hira as a metaphor for confusion and misguidance, but the closest to the accuracy is that the word Al-Hira comes from the Syriac language from the word “Harta” meaning monastery or fortress. Most of the inhabitants of Al-Hira are Arabs of Banu Tanukh and others who were known as the Allies (Al-Ahlaf) from the Arabs who emigrated and joined the residents of Al-Hira, as well as those who were known as “Banu Al-Obbad” who were the original inhabitants from the Christians.

Banu Al-Mundhir are considered the most famous Arab rulers of Al-Hira who influenced the internal politics of the Persian Empire, including what Al-Mundhir I (418-462AD) did when he supported Bahram in the dispute that erupted between him and the priests when he took the throne.

Despite this, the Persians were keen to extend their influence over Al-Hira and weaken its kings from Banu Al-Mundhir, who were the powerful kings whom Al-A’sha mentioned in his poetry and said:

Qubad tried to impose the Mazdakism religion on Al-Hira, but the Banu Al-Mundhir strongly rejected it. Here, the Persians resorted to the policy of cunning and inciting the Arabs against each other, so they incited Al-Harith, King of Kindah, against Banu Al-Mundhir.

The great tragedy occurred in the era of Al-Nu’man Ibn Al-Mundhir, who was described as being magnanimous and brave and who restored Christianity to rule. Al-Nu’man converted to Christianity on the Nestorian doctrine, and Al-Hira became one of the most important strongholds for the protection of this doctrine, to the extent that the Catholicos Isho yhab I (582-595AD) resorted to Al-Hira itself.

As a result of political disputes, a dispute arose between Al-Nu’man and Khosrau. There are various opinions about the reasons for this dispute. Some see that the reason was the Persians’ anger at Al-Nu’man’s conversion to Christianity, which was the religion of their Roman enemies, while others believe that the reason was the Persians’ fear of the increasing strength of Al-Nu’man as a result of his alliances with many Arab tribes, and this was against the Persian policy that was based on the principle of “divide and rule”.

On the other hand, some attribute the Persians’ betrayal of Al-Nu’man for personal reasons, as Khosrau asked Al-Nu’man for an Arab horse, but he refused to give up his horse because it was an Arab, so Khosrau was angry at him. Others believe that the reason for the dispute was Khosrau’s greed for women, as someone said to Khosrau: “Al-Hira has women who possess all the qualities of beauty. If you send to Al-Nu’man, he will send you one of them”. It was said that Khosrau requested Hind, the daughter of Al-Nu’man, for himself.

At all events, Al-Nu’man refused Khosrau’s request with the pride of the Arab man. Here, Khosrau became angry at him. In our opinion, whatever the reasons, the real motive for Khosrau ‘s betrayal of Al-Nu’man is the desire of the Persians to take direct control of Al-Hira and its wealth.

Khosrau played a game of cunning with Al-Nu’man Ibn Al-Mundhir, as he summoned him to Al-Mada’in. Al-Nu’man felt treachery, so he sent his women and what he owned to Hani Ibn Masoud, the head of the Bakr Ibn Wael tribe, to be safe with him. There are different accounts about the fate of Al-Nu’man in Al-Mada’in and how Khosrau betrayed him after he gave him safety. Some believe that he was killed by poison, and it was said that Al-Nu’man continued in the prison until he died.

Khosrau was not satisfied with his betrayal of Al-Nu’man, but he sent to Hani asking him to send what Al-Nu’man had left with him, and Hani refused his request in order to preserve his covenant with Al-Nu’man and out of respect for Arab dignity.

Bakr Ibn Wael tribe humiliated Khosrau before Islam and changed the strategy of direct war to war by proxy to this day.

These facts formed the beginning of the famous historical battle of Dhi Qar. In this battle, the Persians and the Arabs loyal to them were defeated, and the Arab alliance was victorious. Dhi Qar became one of the most important immortal days in the ancient history of the Arabs. The Arab poet Abu Tammam praised the victory of the Arabs over the Persians, saying: