During three centuries that was concluded by purifying the Arabian Peninsula from the Turks by the founder, King Abdulaziz The Saudis were an Arab example in rejecting the Ottoman colonization 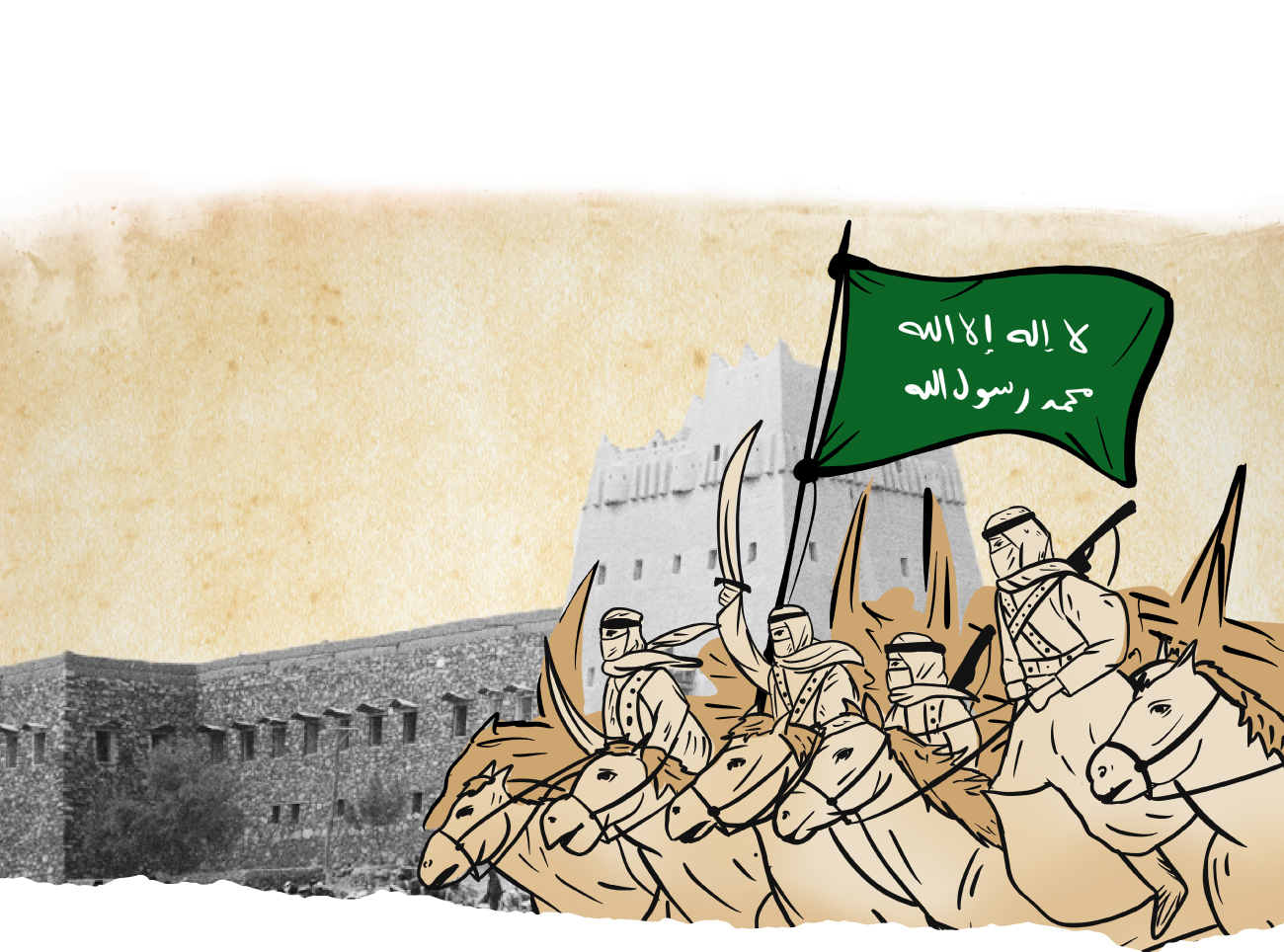 During three centuries that was concluded by purifying the Arabian Peninsula from the Turks by the founder, King Abdulaziz

The Saudis were an Arab example in rejecting the Ottoman colonization

The Ottomans remained insistent on occupying Hijaz, considering that their control over it was a legitimate marketing for them in the Islamic world, guaranteeing them their colonial projects in the region, despite their lack of the legal basis that justifies the policy of Turkish expansion. Hence, they believed that this represented the legitimate excuse to continue expanding to the east, west and south. That was the strategic goal that they have tried since their occupation of the Arab world in 1517 to preserve by imposing force and ferocity against any attempt to liberate from their oppression, tyranny and fascism.

In this context, the Ottomans considered Hijaz the center of religious weight and the source of political legitimacy for their expansionist project. Therefore, they resisted any attempt to separate the region from their colonization and made keeping it a priority over the rest of the Arabian Peninsula, most of which lived in a distant connection with the Ottoman Empire, ​except for what would give them a strategic or economic benefit as required by their interest and the stage they were going through. This explains the deterioration of many Arab regions, as those places on the agenda of the Ottoman Turks represented only places of economic, strategic and imperial attrition. They neglected any region that did not achieve any gains for them and made it wrestle with its natural and political conditions without any interest.

As soon as the Ottomans expected the imminence of a general war and the occurrence of an European colonial movement in the areas subject to their colonization in the Arab world, the Sublime Porte quickly dealt with the Arabs softly and tried to persuade them to join the Ottoman side during the First World War (1914-1918).

However, what the Ottoman Turks did not take into account was that the Arab memory at that time was stained with the blood of many Arabs who were destroyed by the Turkish project and were killed without guilt as victims of the policy of showing power through the rulers and mercenaries whom the Ottoman Empire sent from time to time to the Arab world. Therefore, most of the Arab countries turned against the Ottomans and were not deceived by the concept of the banner of Islam that the Ottomans showed at the time of their weakness and neglected at the time of their tyranny and strength.

The Ottomans did not expect that King Abdulaziz bin Abdulrahman Al Saud (may Allah have mercy on him) would succeed in expelling and defeating them in his areas of influence at the beginning of the national unification stage. This matter represented a great shock in Istanbul, which made the events follow in a way that the Turks did not expect, considering that they made the Arabs of the Arabian Peninsula a military reservoir for the global war that the Ottomans entered, in which the Arabs had no benefits other than their ambitions to be liberated from the brutal Ottoman colonization.

The attempts made by Jamal Pasha (the butcher) failed when he tried to win the Arabs in the side of his state, which was collapsing during the First World War. The Arabs of the Arabian Peninsula, like others, refused to join the Ottomans, who resorted to marketing the “Holy Jihad” and exploiting the Muslims’ collective unconsciousness in order to consolidate their colonization and domination.

The Ottomans treated the Arabs in the First World War as a military reservoir.

From this point of view, the Ottomans believed that their entry into the war and the declaration of holy jihad by the Sheikh of Islam would help their state recover a group of lands that had been liberated from them and would contribute to the return of Egypt and the rest of the regions to their colonization again. This confirms that the Turks, despite their direct colonization of the Arab region for centuries, did not comprehend the Arab behavioral structure that refused to submit to colonization, even if their state claimed the alleged caliphate and used the concept of creed.

The events of 1916 were a continuation of the Arab rejection of Turkish colonization, which the Saudis was the first to announce it since the era of the first Saudi state. The Saudis’ rejection of the Turkish occupation continued in the second Saudi state with the founder King Abdulaziz, who succeeded in liberating his land from this occupation. He cooperated with all the Saudi Arabs to liberate their lands, taking advantage of the surprise factor and the Ottomans’ preoccupation with fighting in other battles. However, the promotional dimension of the Ottomans in Hijaz prompted them to carry out attacks against him through a set of measures, especially in Medina, where the supplies of equipment, ammunition, and soldiers arrived.

The Ottomans also sought to change their governors in the Arab countries that were still under their rule at that time. They tried to make Medina a center of political weight for them against what they were worried about in Mecca and to achieve this they sent a governor from Istanbul, Sharif Haider, who tried to achieve the Turkish policy.

As soon as the Ottomans turned Medina into a military city where they mobilized their forces and weapons, they directed their weapons towards the Arabs and annihilated everyone in chilling scenes.

After the Ottomans turned Medina into a military city, they tried to take a set of measures through which they aspired to restore their control over all the areas of Hijaz, including Mecca, but all their attempts failed despite sending their fiercest and most brutal leader, Fakhri Pasha, until they were forced to surrender in 1919 AD.