He Was a Model of Oppression and Extermination Husayn Bey, the Ottoman The Thug of “Yard Massacre” 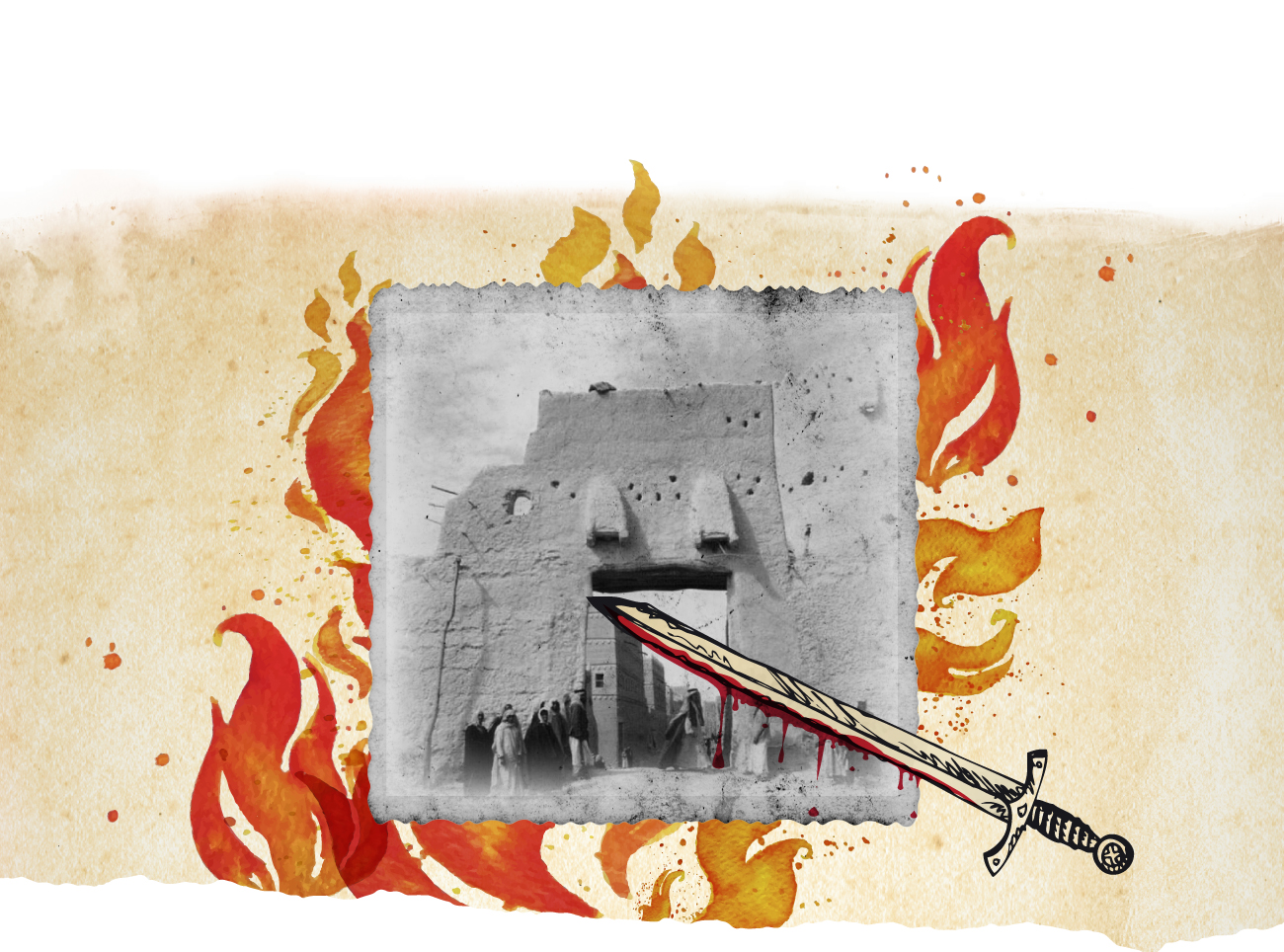 He Was a Model of Oppression and Extermination

Husayn Bey, the Ottoman The Thug of “Yard Massacre”

The fall of Diriyah, along with the first Saudi state, did not only mark the end of the series of oppression and maltreatment practiced by Ottomans against Muslims in Arabian Peninsula in general, and in Diriyah in particular; Turks also continued the series of extermination and terrorism against the peoples of the region who rejected any foreign guardianship over their countries. At the same time, they demanded that ruling should return to its Arab guardian.

In this regard, the fall of the first Saudi state was only one of the stages of the existential conflict between Arabs and Turkish occupier in the context of historical accumulations concerning the issue of restoring Arab awareness; as well as their defense of their first issue related to liberating the holy sites from the grip of Ottoman occupation, especially that the sultans of Ottomans never cared about developing the human civilization in Arabian Peninsula, except for their desperate desire to subjugate the Two Holy Mosques in order to attribute religious legitimacy to their alleged caliphate.

Despite the negative political and psychological setbacks that followed the fall of the first Saudi state, Imam Turki Bin Abdullah Bin Mohammed Al Saud succeeded in (1823) to expel Ottoman garrisons, and liberate the cities of Al- Kharj, Al- Dalam, Manfuha, Riyadh, Zulfi, and Unayzah; so that he could succeed to establish the pillars of the second Saudi state and the ruling of Islam could be spread there in order to give the ruling to back its people and revive the glory and civilization of Arabs.

With regard to the good governance forms that were instilled by the House of Saud while treating with the subjects, we will mention some fragments said by Imam Turki Bin Abdullah to the princes of countries in a guiding letter that contained: “In addition, you shall know that I do not allow you to take anything from the subjects. Moreover, whoever commits aggression against the subjects, his punishment would not be dismissal, it would rather be expelling him from his homeland”.

Such model of good governance was a source of provocation to Ottomans as Husayn Bey received orders to desecrate the entire Arabian Peninsula, especially Diriyah. When Husayn Bey arrived in Tharmada, he declared that all people of Diriyah shall be safe and asked them to leave in return for securing their lives, children, and money while concealing treachery and betrayal, and showing friendliness and peace to them.

Husayn Bey personality formed a consistent model of Ottoman oppression tools which were specified and destined to exterminate Muslims of Arabian Peninsula. In this regard, we find that historian, Abdullah Bin Mohammed Al Bassam, monitored the crimes of Husayn Bey in Diriyah saying, “When they arrived in Diriyah, Husayn Bey ordered that its people who lodged in there after Ibrahim Pasha had departed shall leave. He also ordered them to head to Tharmada so they went there. Then, he ordered to demolish Diriyah and cut down its trees so they demolished and burned it. Thus, it was left empty”.

The trick and luring tactic that was used by Husayn Bey succeeded. This is described by historian, Ibn Bishr, saying, “When Husayn had reached Tharmada, he ordered the caller to call out the people of Diriyah telling them that whoever wanted to go and lodge in a city, he shall come to us to write a letter for him to go there. Therefore, everyone who was absent, disappeared, or working in a profession attended. When they had gathered at his place, he ordered Turks to kill all of them. Turks took their money and some of their children” in a terrible massacre and a huge assault that history books called the “Yard Massacre”.

What was mentioned by history books about the crimes of Husayn Bey in Diriyah amounts to the level of recurrent descriptions, and dogmatizes the involvement of Turks in the extermination of Muslims who were in Diriyah at frequent intervals. Thus, we conclude the referral by recounting what has been tackled by Abdullah Al Bassam saying, “Then, Husayn had ordered to demolish Diriyah so they demolished and burned it. After that, he headed to Riyadh where Turki Bin Abdullah Bin Mohammed Bin Saud was”.

Husayn Bey ordered to demolish Diriyah, and betrayed its safe men and children

The acts of Husayn Bey with respect to breaking promise, and deceiving safe people are not an individual behavior, but they are part of the behavioral structure of Ottomans who were treacherous, cunning and deceitful by nature. This makes us undoubtedly accuse them of hypocrisy based on the honorable Prophet’s Hadith, “Three are the signs of a hypocrite: When he speaks, he lies; when he makes a promise, he breaks it; and when he is trusted, he betrays his trust” (reported by Al- Bukhari and Muslim). It is established that this anomalous behavior will remain a recorded stigma regarding the treatment of Ottomans with the peoples of regions that they controlled up to the fall of their state in (1924).