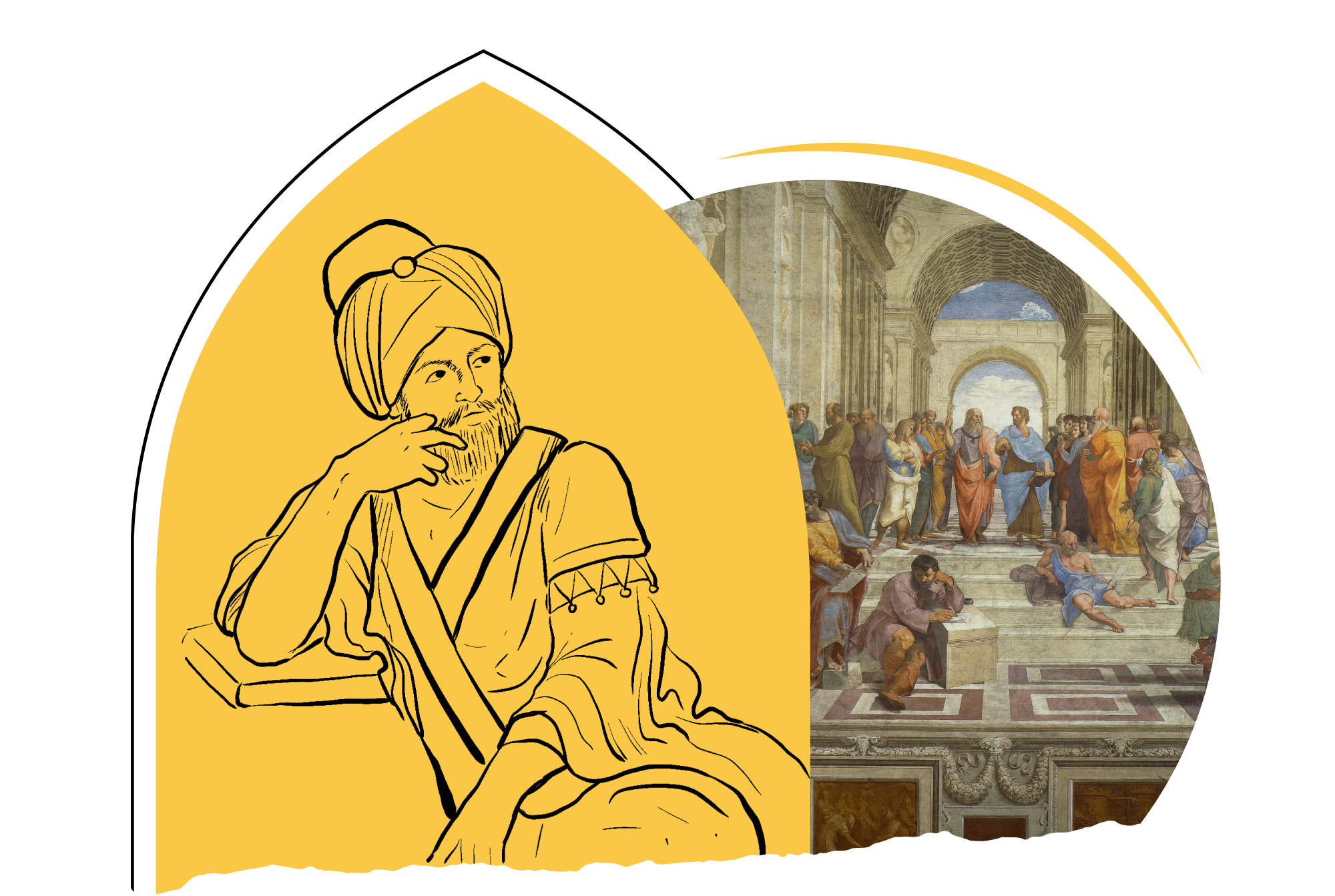 No sooner had Islam spread and made its impact, especially in Persia and Anatolia, than it was afflicted with sects that tried to break its rank and penetrate it from within. Islam, which grew strong, solid and invincible, can no longer be stopped except by creating strife and spreading false beliefs within it. Esotericism was among those beliefs that the enemies of the Arab nation sought to plant among the Arabs.

Esotericism is one of the most ambiguous beliefs among the sects that pretend to affiliate with Islam. It is also a term applied to other sects that are completely outside the denomination of Islam, such as the Persian Mazdaqiyyah. Therefore, several doubts raised and prompted linking between those beliefs and the sects; i.e., that they stem from the same source and mix in a single bowl.

The word “esotericism” came from the word (esoteric), which means (hidden) or the core of everything. It also means mystical and ambiguous. They were called that name because they claim that Qur’an have implicit meaning known solely to them. About being named as such, Al-Shahristani said that “They adopted that name to reflect their belief that everything has explicit and implicit meanings and that every revelation has an interpretation”.

Muhammad al-Khatib describes the historical origin of the esotericism, saying: “In fact, historians of the sects differ in its origin and source. Some attribute it to the Magi and some others them attribute it to Sabia of Harran. However, such difference disappears when we know that the fundamentals on which esotericism depends, with all its sects and groups, stem from Greek philosophy, which ideas invaded several sects”.

As for its ideas, on which it built its philosophy, they are a mixture of Greek philosophy and Persian religious methods, in addition to Hindu ideas that had a profound impact on esoteric thought and beliefs, finding a nurturing environment in Persia to grow and flourish.

The origins of esotericism have been disputed, mainly for two key reasons: the ambiguity of the esoteric matter in the many phases of their history, causing each historian to account for it according to the information attained thereby, and because the esoteric doctrine itself accepts such differences and does not confirm or deny them.

The truth that we must realize is that, whatever the reasons may be, the esoteric call is surrounded with a great deal of ambiguity, especially in terms of its inception, that is in the phase of concealment, or “As-Satr” as they call it. No one specifically knows about that phase or can accurately write about it. Whatever the case may be, esoteric beliefs in general have been derived from ancient beliefs.

However, planning for esotericism establishment, as is likely from historians’ writings, goes back to 200 – 300 AH, i.e., after Islam has been well-established and Magianism has extinguished.

Impact of Philosophy on Esotericism

Greek philosophy is the most influential in esotericism, especially Plato’s illuminating Gnostic philosophy and Pythagoras’ numerical philosophy. It can be said that Abdullah ibn Saba’s system is an “Esoteric Gnostic” system. Historians believe that the extreme “Embodiment Sufism” (Al-Tasawof Al-Holuli) is of an esoteric gnostic nature. Some extremists are classified as Gnostics.

There is still a religious sect in Iraq and Iran called the Mandaeans, which is a Gnostic sect. “Mandaean” is the Aramaic word for “Gnosis”, where Mandaean is the knower. Their belief includes purification in running water and complex funeral rites. When a Mandaean dies, the priest performs the necessary rituals for the soul to return to its divine abode, do that the dead may be reunited with the mystical Adam, the “Eternal Man”, the glory or the holy body of God.

Esotericism, as described by the researcher Belil Abdul Karim, is “a phenomenon that spread among Persian sects, in an attempt to destroy Islam from within, by inventing esoteric approaches in interpreting Sharia in a way that leads to its abolition, replacing it with an odd mixture of wisdom that brings together Persian myths, Greek paganism and beliefs of the Jews who had distorted their religion. Hence, esotericism emerged in a deceptive Islamic form, such as the idea of ​​the Muhammadan Light, the infallibility of imams, their miracles, as well as al-Gheeba, al-Raj’a, al-Holoul, al-Tajseem, al-Ta’weel and al-Tashbeeh

Several historians date the first appearance of esotericism to year 92 AH., as mentioned by Al-Suyuti, while some others delayed its appearance to year 205 AH. or year 250 AH. and some believe that the emergence of esotericism in an organizational manner dates back to year 276 AH, when Maimon Al-Qaddah established that thought. Some attributed the emergence of esotericism to Hasan al-Sabah, who is known as the Master or Sheikh of the Mountain, attributing to him the establishment of what is known as the “New Call”, “Eastern Nizari Sect”, “Esotericism” or the “Assassins”, according to the European name.

The relationship between al-Ma’mun and the Persians shall remain one of the defining signs in Islamic history. It was through him that the Persians crossed to the Islamic state and were able to submerge and fragment it. Therefore, some of those who monitored the emergence of esotericism on a regular and wide basis return to the days of al-Ma’mun, specifically at the hands of Hamdan bin Qarmat and Abd Allah bin Maymoon Al-Qaddah. That call spread during the time of Al-Mu’tasim Al-Abbasi and they met in Al-Mahdi’s prison. They were four men who plotted the entire matter: Ahmed bin Al-Hussein, Abdullah bin Maymoon bin Qaddah, Al-Zindani and Hamdan bin Qarmat.

During the reign of Al-Ma'mun Al-Abbasi, the Persians found a paved way to spread their esotericism.

They were called esoteric because of their claim that “Qur’an and the stories therein have intrinsic meanings much deeper than their extrinsic meanings. They illude only the ignorant and stupid, yet, to the wise and clever, they are clear images, symbols and references to certain facts. Those whose minds are reluctant to delve into the hidden and secret meanings, the internals and the depths, satisfying themselves with the external meaning and hastening to delusion, shall remain under shackles and sins. With “shackles’ they meant legal assignments and ordinances”.

One of the most important doctrines of esotericism is the dropping of legal ordinances, justifying that by saying that: “He who rises to esoteric knowledge is relieved from ordinances and burdens.” They are the persons meant in the Quranic verse “and relieves them of their burden and the shackles which were upon them”. (Al-A’raf, 157).

System of the Call:

Esotericists adopted secret societies that seek to spread the doctrine of Mazdakism permissibility, Magianism, and philosophical atheism. The principle in the esoteric activity is that its advocates claim, through provocation and under the veil of secrecy, that their call can be carried only by a favorite angel or a sent prophet sent, or a person whose heart Allah has tested with faith. Since secrecy is an organizational necessity for esoteric actions, especially in the stages of distortion and recruitment, it is easy for esotericists to turn secret esoteric practices into a religion as well.