In a repeated scene of the Turkish failure in the face of the Saudis The Ottomans sent Wahib Pasha, their most anti-Arab leader, to reoccupy Al-Ahsa 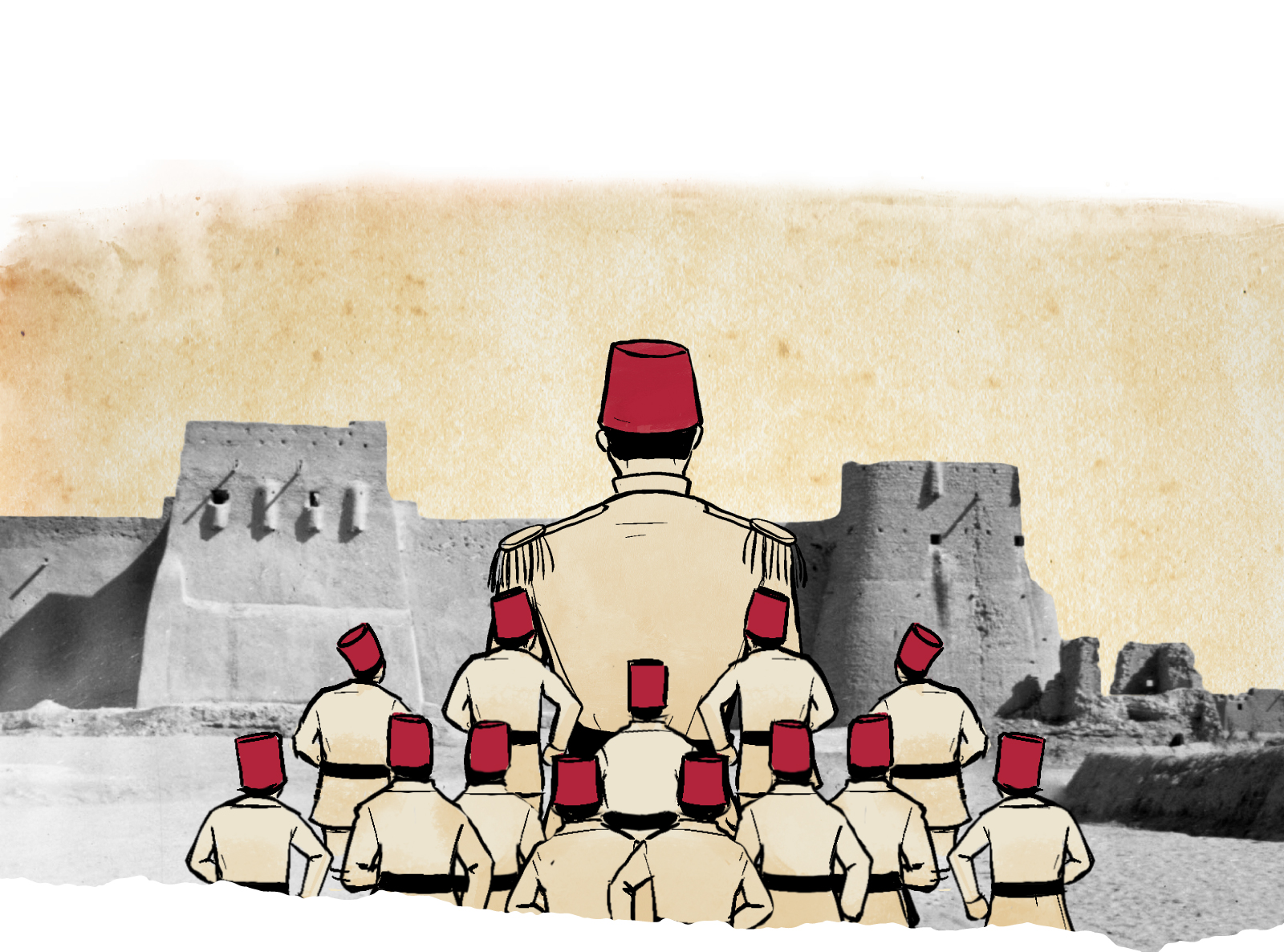 The Ottomans sent Wahib Pasha, their most anti-Arab leader, to reoccupy Al-Ahsa

The Ottomans sought to prevent the unification of the Arabian Peninsula by the late founder, King Abdulaziz. They knew for sure that this meant the absence and end of their existence in the Arabian Peninsula, so Istanbul sought to cause division and strife in all the regions it occupies, not only between the regions, but even between the tribes. They reached the point that they sought to cause strife among the members of the same family, in order to consolidate its influence, and this is what happened throughout the period of their occupation of the Arab countries.

The Ottoman Empire was sure that it had no legitimacy, no matter how hard it tried to change the facts and distort them in front of the local population. In the end, it was nothing but an occupier of the land and colonizer of the population. The legitimacy it claims is nothing but an occupation and expropriation of Arab lands. Therefore, the Ottomans were entrenching a distorted concept of their legitimacy by shedding pure blood that they unjustly abused in order to spread terror in the heart of all those who tried to reveal their truth and highlight their falsity. They practiced it with oppression and tyranny against the Arabs in their countries.

The Ottomans and their governor in Hejaz did not succeed in achieving any result in confronting King Abdulaziz's unification of the Saudi borders.

On the other hand, the founder, King Abdulaziz bin Abdulrahman, was distinguished by his authentic Arab race, leaning on an authentic history, drawing inspiration from the heroes who preceded him from the Imams of Al Saud and a great people who believed in his Imams and kings. It was what prompted everyone to support him and believe in his project. At the same time, he worked to recover the lands of the Arabian Peninsula occupied by the Ottomans, whose inhabitants were longing for their Saudi state because they believed in it and were aware that it was the most capable of their safety and their national security.

Al-Ahsa was the eastern garden of the great Saudi homeland, its window on the Arabian Gulf, and its port closest to the center of the state. That is why King Abdulaziz and the Saudi Imams in the first and second state were keen to ensure that Al-Ahsa remained within its natural national framework. That is what made its residents longing for their freedom within their Saudi national framework, and made Al-Ahsa hurry to the founder, King Abdulaziz, to remain belonging to the homeland and to expel the hateful Ottoman occupation.

King Abdulaziz’s control of Al-Ahsa aroused hatred and envy in the hearts of the Ottomans, who made every effort to restore it, including plotting against him and spoiling any rapprochement between him and other powers. The Ottoman Empire quickly sent new Ottoman leaders to the Arabian Peninsula after it sensed the danger of liberating Al-Ahsa. The choice was always on the strongest and fiercest and the believer in the Turkification project and the superiority of the Turkish element over the Arabs. There were many events in the Arab countries, starting from the Levant to the south of the Arabian Peninsula, passing through Najd, Al-Ahsa, Hijaz, Egypt, Iraq and all the countries of the Arabs.

King Abdulaziz performed his role towards his people and the kingdom of his forefathers. After subjugating Najd, Al-Qassim and Al-Ahsa, the Ottoman Empire felt a grave danger to the rest of the provinces, so it rushed to send a new Ottoman governor to rule Hejaz, whose rank was higher than that of its governor, Sharif Hussein bin Ali. That governor was Wahib Pasha, who was described by the Lebanese Muhammad Rashid Reda, saying: “They sent Wahib Pasha to rule Hijaz in order to prepare for that matter because he was one of the senior officers known for their extreme hatred and contempt for the Arabs”.

At the same time, Sharif Hussein in Hejaz was suffering from the ups and downs of his affairs with the Ottomans in Istanbul and saw that the rule of the Saudis was returning to its previous era. As soon as the governor of Mecca knew that King Abdulaziz was facing strife and was in the process of resolving it, he marched with his forces and reached Al-Quway’iyah. That is what made the founder, King Abdulaziz, postpone resolving the internal strife until he finished dealing with the Sharif campaign.

The governor of Mecca was preoccupied with the Ottoman leaders in inter-conflicts because of their belief in their prior failure.

The governor of Mecca was unable to confront King Abdulaziz politically or militarily, and his campaign ended without any positive result. That is what prompted him to receive the opponents and seditious inside Saudi Arabia in order to achieve at least one result in his favor, or to use them as a card in his political situation.

Wahib Pasha entered the scene in order to completely change the situation. The sources confirm that Wahib was targeting Al-Ahsa to facilitate the occupation of Najd, as he had dreamed of. He promised to prepare four Ottoman battalions to enter Al-Ahsa, but the inevitable conflict between Sharif Hussein and Wahib Pasha prevented this and confused the situation between them. The manifestations of suspicion and mistrust between them increased and they used spies against each other, which delayed their project against the Saudis, who were taking quick steps towards recovering the borders of the homeland.