It is accompanied by deliberate forgery by their historians..The Persian historical encroachment on everything that is Arab 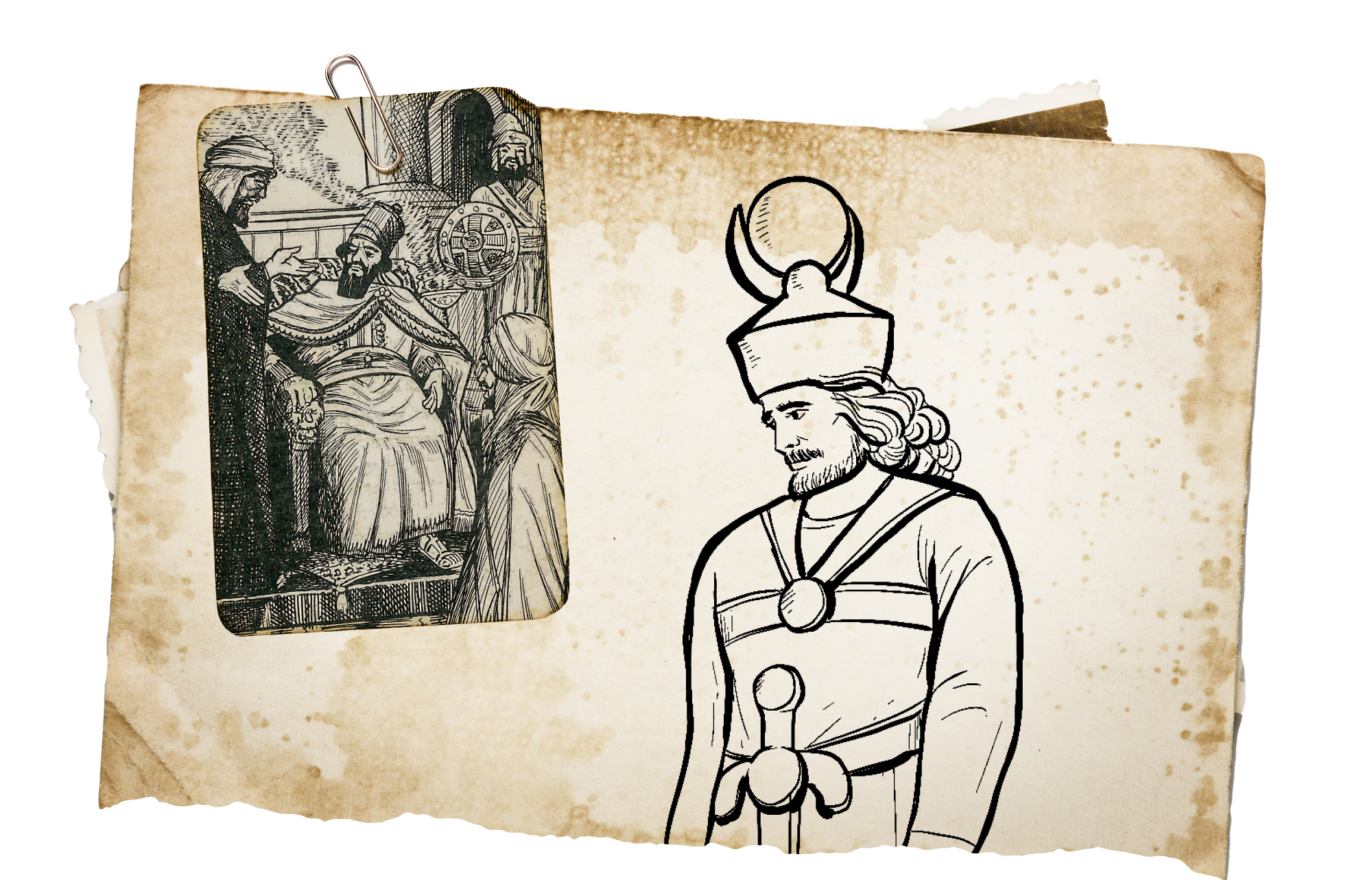 It is accompanied by deliberate forgery by their historians

The Persian historical encroachment on everything that is Arab

The Persians completely ignored their ethnic extension to the east with the countries of India and the Afghans, and to the north with the countries of the Uzbeks and Georgia. They focused their ambitions towards Iraq, the Arabian Gulf and the Arabian Peninsula, which represents for them the other side of the region’s geography, and insisted on expanding towards the land of the Arabs throughout their history.

Although the relationship between the Persians and the Arabian Peninsula is largely ambiguous because most historical sources did not focus on the exact nature and details of the relationship, the most prominent thing present in the Persian mentality towards the Arabs is the defeat of Khosrau Anusharwan, their last king, in the famous Battle of Al-Qadisiyah. At that time, the Arab Muslim knights set out from their Arabian Peninsula to seize two great empires, one of which was the Persian Empire. This collapse, which they faced at the hands of the Bedouin Arabs, still hurts the extremist Persians to this day.

More than 1400 years have passed since the collapse of the empire of Khosrau, but it was not without some fighting and Persian attempts to return and seize parts of the Arabian Peninsula. This was evident in the past two hundred years when Persian Iran occupied some of the Arab islands, as well as their attempts to destabilize Bahrain and Yemen.

The social and ethnic relationship between the Arabs and the Persians remained at a permanent separation, especially since the bloody legacy between them is very large, in addition to the pain felt by the Persians after the collapse of their empire at the hands of the Arabs. However, the encroachment of the Persians and their teachings in dealing with the Arabs was the norm, as they view the Arabs of the island as Bedouins from the desert. The Arabs will not forget how the Persian king Shapur II was humiliating Arab captives and that is why he was called “Shapur with the shoulders”. He would pierce the shoulders of the captives and crucify them in the mountains.

The author of the book “The Links between Arabs and Persians and Their literature in Pre-Islamic Times and in Islam” explains the relationship between the Arabs and the Persians. He divided this into two parts: the pre-Sassanid era, which is myths, and the post-Sassanid era, which is history or close to history. Abdel Wahab Azzam reveals the dominance of myths over historical narratives in ancient history, which undoubtedly resulted from the Persians themselves being influenced by ancient religions and similar myths and philosophies related to the universe.

In a brief reading of the history of the Persians with the Arabs, the Iranian researcher Nasir Pourpirar reveals that the Persian historians falsified the relationship with the Arabian Peninsula: “The Arabian Peninsula has never been subjected to foreign occupation. Allah has saved the Arabian Peninsula from invaders since the dawn of history, while most of the countries of the world were under occupation. A single attempt has been made since the dawn of history until today. That was in the Elephant Year and Abraha failed. Allah sent flocks of birds (called Ababil), which attacked Abraha’s army with stones of Sijjil (stones of hard clay) and made them like eaten straw”. He refutes this further in his explanation of the myth of King Shapur II. The myth talks about his conquest of Hajr and Bahrain, penetrating the deserts of the Arabian Peninsula towards Al-Yamamah and Medina. Difficult geography refutes this myth despite the invasion of the east coast of the island because this is exhausting for the army. These campaigns, if true, must have been carried out through internal allies, as it is difficult to imagine that the Persians, alone and without assistance, would cross the vast valleys in pursuit of the Arabs, who are the masters of the desert.

The Persians, no matter how well-trained and organized their army was, would not withstand the thirst, the heat of the desert and its harsh and strict climate. If Shapur had the ability to penetrate into the desert of the Arabian Peninsula, he would not need to seek the help of Imruʾ Al-Qais to be his deputy over Iraq. Although Iran and Iraq are adjacent, Shapur II could not control Iraq except through Imruʾ Al-Qais. On the contrary, when the Arabs invaded Iran, their governors were from among the Arabs, such as Ziyad Ibn Abih, the deputy of Ali bin Abi Talib over Persia.

This was not the only invasion that proved the ambitions of the Persians in the Arabian Peninsula. The Persians seized Yemen in the south of the Arabian Peninsula during the period (575-628 AD) after Yemen was under the rule of the Abyssinians, from whom the Yemenis suffered. Seeking help from another foreigner to save them was not the best solution, as the Persian ambitions were present to occupy Yemen as well.

Khosrau, the king of Persia, sent prisoners and mercenaries to help Seif bin Dhi Yazan in his war against the Abyssinian occupier. After defeating the Abyssinians, the Persian prisoners became rulers who would take tribute in favor of their king Khosrau. Seif bin Dhi Yazan was forced to be a subordinate ruler of the king of Persia. However, this did not last, as the Persian kings began to rule directly after they turned against Dhi Yazan. Wahrz, the Persian deputy of Khosrau, took over. When he died, his son, ِAl-Marziban, succeeded him. When he also died, his son “Al-Tenojan Ibn Al-ِMarziban” took over. Subsequently, he was dismissed and Bazan took power.

In his explanation of the ambiguity of the Persian period in southern Arabia and its confusion and overlap with other religions and races, Abdul Wahab Azzam says: “The Persian army tried to seize Yemen in the second century AD, and they were allowed to seize some of its cities in the third century, then the Himyarites drove them out. When the army converted to Christianity in the fourth century, the Romans supported them over the Himyarites, and they occupied Yemen in 374 AD. It appears that the Persians aspired to Yemen since then, as the conflict that raged between them and the Romans since the establishment of the Sassanid state would have taken them to Yemen after the Romans and the Abyssinians conspired against it”.

Azzam adds: “We do not know anything about the news of the Persians in Yemen before the sixth century A.D. The followers of Dhu Nuwas embraced Judaism and forced the Christians to convert Judaism and tortured them, so the Romans and Abyssinians became angry because of that. Emperor Justinian supported the Abyssinians and directed them to Yemen until Seif bin Dhi Yazan appealed to Khosrau Ansharwan, who supplied him with an army accompanied by ships in the Gulf to Oman, then he marched on land and the people of Yemen joined him and defeated the Abyssinians. Seif bin Dhi Yazan took over the country until his Abyssinian guards killed him, so Persian governors took over the country until Islam came”.

The conclusion is that the Persians did not settle in the Arabian Peninsula and were not able to, but all their attempts failed thanks to the power of the Arabs. Their language was not established in the Arabian Peninsula, despite their occupation of some parts of it for long periods of time, and there are no urban traces for them in the areas they occupied, unlike other nations such as the Romans. Perhaps this explains the nature of the present Persians who destroy any country they enter and turn it into a degraded country. In the end, the Persians constitute an aspiring and greedy nation, but they do not carry a cultural heritage to benefit the others.

From their ancient history until today, the Persians destroyed all the Arab lands they entered and turned them into ruins.