It remained a matter of separated rituals and beliefs, Manichaeism    …Another form of distorted Persian belief 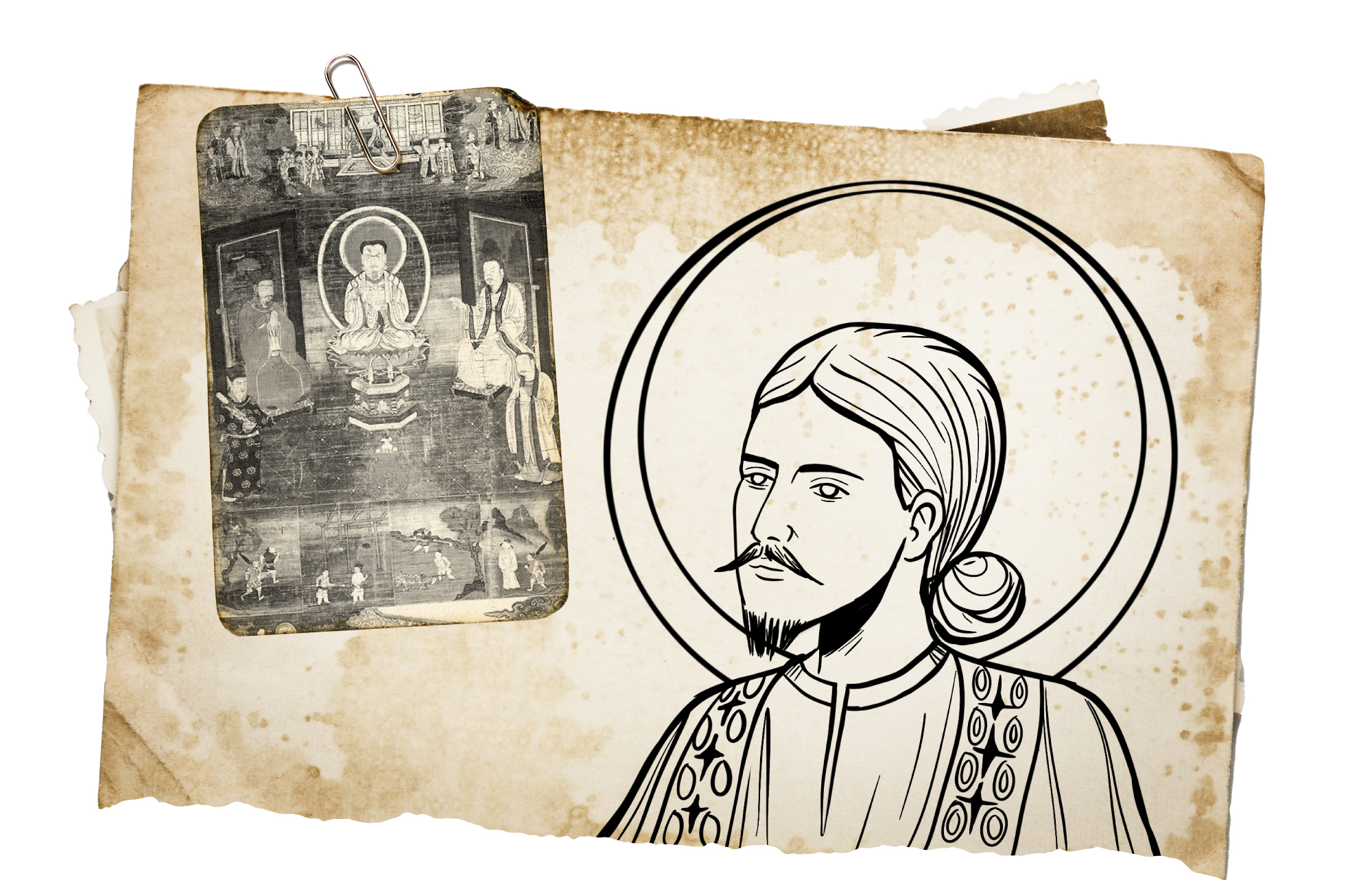 It remained a matter of separated rituals and beliefs,

Manichaeism or Mananism is one of the marginal religions that emerged in Persia in the second half of the third century AD, at the hands of its founder Mani, who was nicknamed the Messenger of Light or the Supreme Pulpit. Historians didn’t agree in their documentation of this religion, as some considered it a religious belief in its own right, and some others described it as pure Christian heresy, but most of them considered it an influence of the Christian faith.

It was influenced by Christianity on many levels, and it was a Persian hybrid of several cultures.

Although some of them went to the extent of denying the existence of this religion, and claimed that its founder was a man-made fictional figure by its followers, many historians confirm that Mani is a real person born in the year (216 AD) in a rural area north of Babylon.

Some historical writings narrate about his personality that his father, named Fatq, lived around the year (200 AD) in the city of Hamedan, and was married to a woman named Maryam. One day, a person called out to him from the temple of the idols house, saying: “Oh, Fatq, you shall not eat meat, nor drink wine, nor marry people.” When Fatq heard him, he caught up with people who were in the areas of Dostiman who were known as the “bathers”, and Mary became pregnant with a kid named Mani shortly after the incident in the idols house.

This difference over whether Mani existed or not was not resolved historically, but the teachings and principles of Manichaeism are full of myths, superstitions and tales that had forced concepts, such as those related to the story of the creation of Adam and Eve. According to the Manichean conception, Satan “Ashkelon” swallowed all of the frightening male animals, and the frightening female animals were given as a sacrifice to Namarael, “The Demon”, and after this Ashkelon and Namarael gave birth to Adam and Eve, the first human creatures.

The Manichaeans adhered to strict doctrinal discipline, and their faith was strict in matters of prohibition and forbidding, as their followers abstained from having sex, and they followed a harsh diet, most notably abstaining from eating meat and drinking alcohol. The Manichaeans adopted their basic vision from a radical dualism of Iranian origin.

The details that were mentioned in the books of historians are different to the point of contradiction, and the reason for this is due to the absence of original manuscripts or recurrent scriptures, which prompted some people to fill the historical gap by resorting to imaginary writing or linking and combining writings from an ancestor, which resulted in a complex religion in terms of principles, and of which beliefs are distorted and difficult to study and understand.

In this context, Ibn al-Nadim lists the conditions for converting to Manichaeism, saying: “The one who wants to convert to the religion should test himself, and if he deems himself able to suppress lust and greed, abstain from eating meat, drinking wine, intercourse, and to not harm others with water, fire, and magic, and to never commit hypocrisy, then he is allowed to convert to the religion, otherwise he may not convert”

The teachings of Manichaeism raised a lot of confusion about the similarity of some of its concepts with Christianity, and some of them went even further when they claimed that some of the teachings of Islam are nothing but Manichaean teachings, which was responded to by Muslim scholars who refuted this random, non-objective claim with little effort and precise origin study.

As for Manichaean legislation and ordinances; Mani obligated his followers to perform ten ordinances, in addition to three final ones, and to fast seven days every month. As for the ordinances, they are to believe in the four greats, God and his light, strength and wisdom. God is the King of the Heavens of Light, his light is the sun and the moon, his strength is his five properties, and his wisdom is his sacred religion. As for the other ordinances, they are to abstain from the worship of idols, lying, miserliness, murder, adultery, theft, teaching magic, and to perform one’s religion, relax and work in a calm manner, and to perform four or seven prayers.

Manichaeism claims to have focused on the transcendence of the human soul, and prompted it to refrain from doing anything that could obscure the light in its eternal struggle with darkness. The Manichaean teaching was strict in abstaining from anything that might strengthen the sensual lusts of the body, and since meat was the food of demons, and eating it was a bodily lust, it was an obligatory duty to avoid eating meat, and for this reason the Manichaeans prepared themselves to live on eating fruits, and they also preferred to eat oil.

As for dealing with nature partners such as plants and animals, the Manichaeans were not allowed to uproot any plant or kill any animal, and finally they were required to abstain from sexual intercourse altogether, including abstaining from marriage. Not to mention that it is impossible to link such teachings to a divine revelation, the mere prohibition of marriage is sufficient to say that the extinction of its followers is more likely, which confirms that the Manichaean religion remains a matter of general non-realistic principles that were promoted in a time period, which left behind a number of rituals attributed to those who claimed to be the prophets of God.