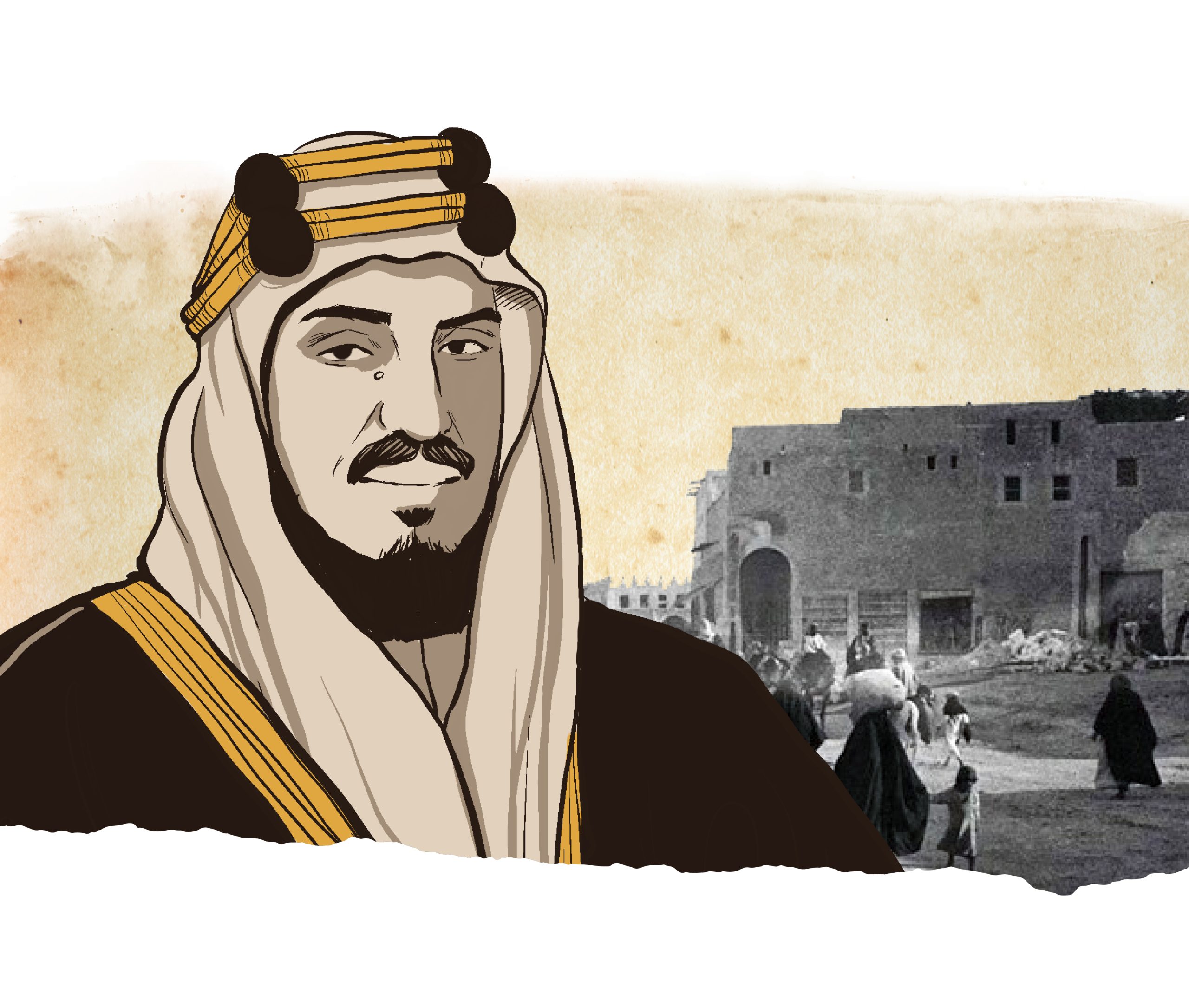 It was the result of the Ottoman chaos

With the beginning of the formation of Saudi political history, which began in the middle of the eighteenth-century AD (1744) with the establishment of the first Saudi state, Al-Ahsa was the national region, which represented the economic and commercial depth. Therefore, there were many colonial attempts that tried to control Al-Ahsa, but all of these attempts failed due to the strength of the national consistency of Al-Ahsa’s people, who were an obstacle in the way of the invaders.

It can be said that the strategic importance of Al-Ahsa made it a constant target for the colonial forces, which saw its subjugation as achieving two strategic goals, the first of which is to separate it from its national depth, and the other is to benefit from its natural resources and ports and exploit them in the expansion operations towards the rest of the Arabian Gulf regions. Therefore, the governor of Iraq, Medhat Pasha, expressed the motives behind the invasion of Al-Ahsa by saying: “If these areas do not benefit the state and do not help it, the formation of a Moutassarifiya in Al-Muntafiq allowing financial benefit from Qatif and Al-Ahsa which revenues alone amount to two hundred thousand riyals, shall be done”.

The beginning of the collapse of the Ottoman Empire (the sick man) was after its defeat against Italy and its preoccupation with the Balkan War, in addition to the inability of the Ottoman administrator in Al-Ahsa to maintain security. All of these factors prompted the people of Al-Ahsa to write to the founder, King Abdulaziz bin Abdulrahman Al Saud (may Allah have mercy on him), in order to intervene to put an end to the chaos in the region, and restore it to its Saudi national affiliation.

King Abdul Aziz was able to defeat the Ottoman forces in Al-Ahsa, but his political cunning made him adopt diplomatic tactics in order to avoid any Turkish attack coming from the coasts of Al-Ahsa. In terms of security, Al-Ahsa was a refuge for some saboteurs who practiced looting and theft with the blessing of the Ottoman chaos, so they made the city a haven to protect them from sabotage. This fact is confirmed by the reply letter of King Abdulaziz to the Ottoman Moutassarifiya, in which he stated that “the saboteurs looted the Arabs belonging to his clans, and the goal of his campaign was to recover these properties and return them to their owners”. He also stated that he was located twenty-four hours away from Al-Ahsa.

All Ottoman colonial attempts to separate Al-Ahsa from its national affiliation failed.

The security chaos that Al-Ahsa was suffering from was in full view of the Turkish Ottomans, who were unable to impose security in the region, and some of them even contributed to strengthening this deteriorating security reality. Therefore, the founder, King Abdulaziz, recovered Al-Ahsa with the help of its people who pledged allegiance to him in the legitimate way. After that, he sent to the Ottoman administrator and the military commander and informed them to surrender and accept the new reality. They agreed to this and stipulated that the sheikhs and notables of the city would write that they do not want the Ottoman forces to remain and that they prefer the mandate of Ibn Saud. They also stipulated that they, those with them, their families, their money, and all what they had of weapons, ammunition and military supplies of the government must be safe.

King Abdulaziz agreed to their first condition as it would confirm his sovereignty over Al-Ahsa and rejected the second. Thus, Al-Ahsa returned to its national affiliation again and returned as an essential part of the Kingdom of Saudi Arabia’s land.

King Abdulaziz recovered Al-Ahsa with the blessing and allegiance of its people.