Persian hatred and racism have been ingrained since early times.. Shapur’s campaign changed the geography of the Arab population in Iraq and the Levant 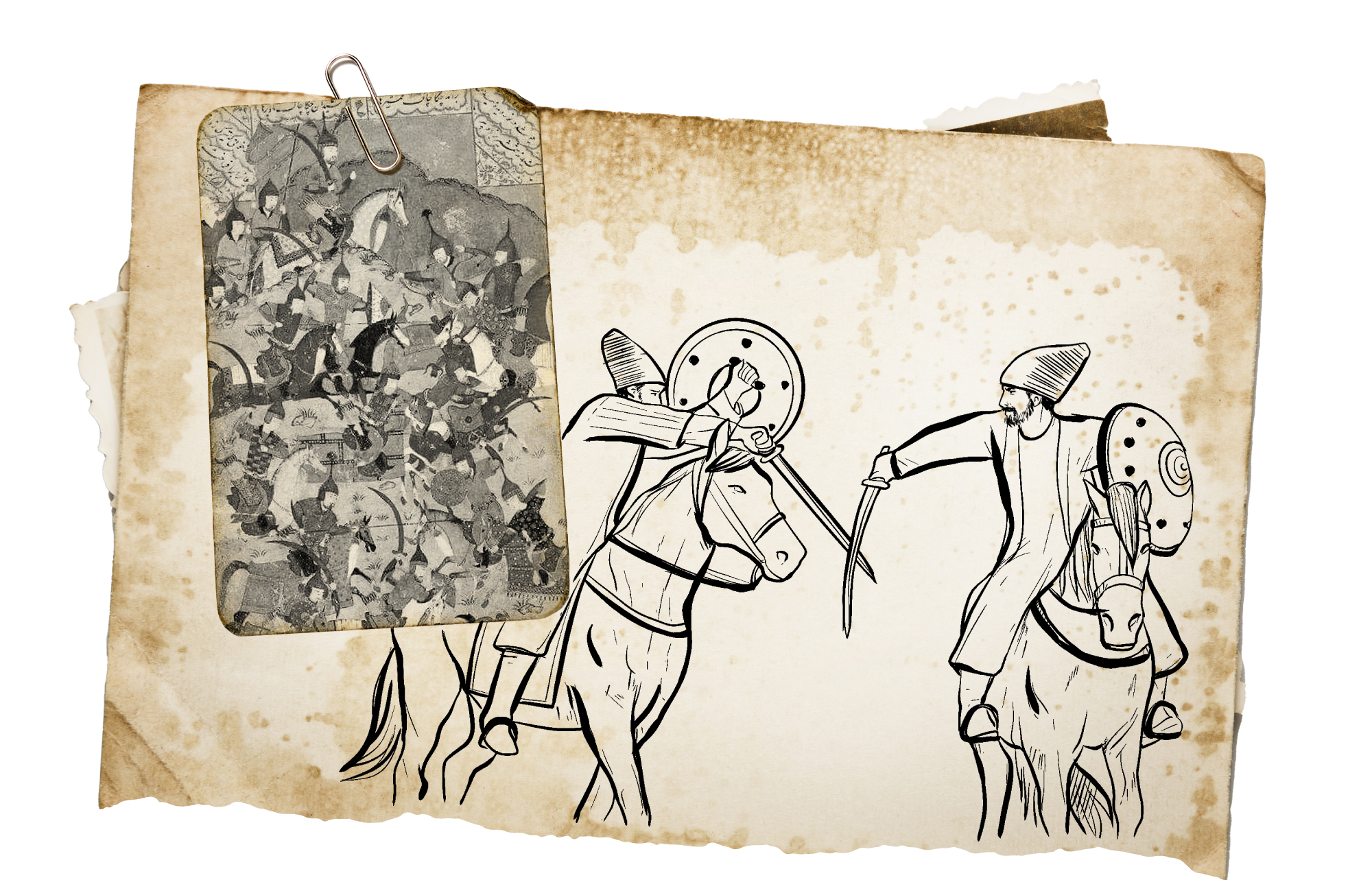 Persian hatred and racism have been ingrained since early times

The enmity between Arabs and Persians was not new, but rather had an ancient history. After the Sassanid dynasty replaced the Parthians in (225 AD), the Sassanids followed the same approach of domination and aggression on the western borders of the empire. The Sassanids established sea and river ports to expand their political, commercial and religious influence in the region.

As for their king, Shapur II (310-379 AD), the Greek historian Ammianus Marcellinus described him as a “barbaric Persian king”, especially after he dealt with the Arab tribes in a brutal way of killing and attacked them in eastern Arabia. This was as a result of the expansion of Iyad tribe from Iraq to southern Iran, specifically Ahvaz region overlooking the Arabian Gulf. At that time, the Arab tribes were in control and powerful and began to threaten the Sassanid domination in Persia itself, and this was proven by the classical sources, which confirmed that the Arabs were the pioneers of maritime trade activity and that this negatively affected the Sassanid state and its economy.

Shapur II surprised Iyad tribe in Iraq with a sudden attack, and only those who fled to the land of the Romans survived. This attack had harbingers that the Arabs of Iyad did not notice, as they received a warning from one of the Arab prisoners who were captured by the Persians called “Luqait”, who sent them a poem in which he said:

Shapur II was not satisfied with his attack on Iyad, but decided to attack them in the east of the Arabian Peninsula, where it is indicated that he attacked and killed them in Hajr, which was inhabited by Tamim, Bakr bin Wael and Abd Al-Qais tribes. Some narrations have exaggerated that he penetrated west into the Arabian Peninsula until he reached Al-Yamamah and caused a massacre. However, this contradicts the situation of the Arabian Peninsula at that time. It is illogical that the forces of the ancient world would dare to invade the center of the island, which was like a cemetery for invaders.

Al-Tabari describes the military campaigns of Shapur II as being wide and encompassing distant lands, beginning with those who descended on the land of Persia from the Arabs who camped on Bushire, the coasts of Ardashir, the coasts of Persia, and then the coasts opposite Iran from the Arab countries. This confirms that the campaign included a demographic change for the Arab tribes by force, tyranny and absolute brutality.

Whether those brutal campaigns were against the Arab tribes with the aim of subjugating them or returning some of them to the influence and sovereignty of the Sassanids from a political or religious point of view, the economic aspect was strongly present because the Arabian Peninsula was characterized by the supervision of the sea and land trade routes as a crossroads of trade routes in the ancient world. The Arab tribes had fallen victim to these repressive policies by Shapur II, who was nicknamed by (Shapur with the Shoulders) due to the brutality of his dealings with the opposition Arab tribal leaders because he was dislodging their shoulders in an inhumane manner. It was said that he was piercing the shoulders of prisoners and tying them together.

Shapur II not only pursued the neighboring Arabs, but also killed them and mutilated their bodies.