Seif Ibn Dhi Yazan after he made a mistake regarding Yemen: “We have replaced tyrants with tyrants, and the Persians will rule us as the Abyssinians did” 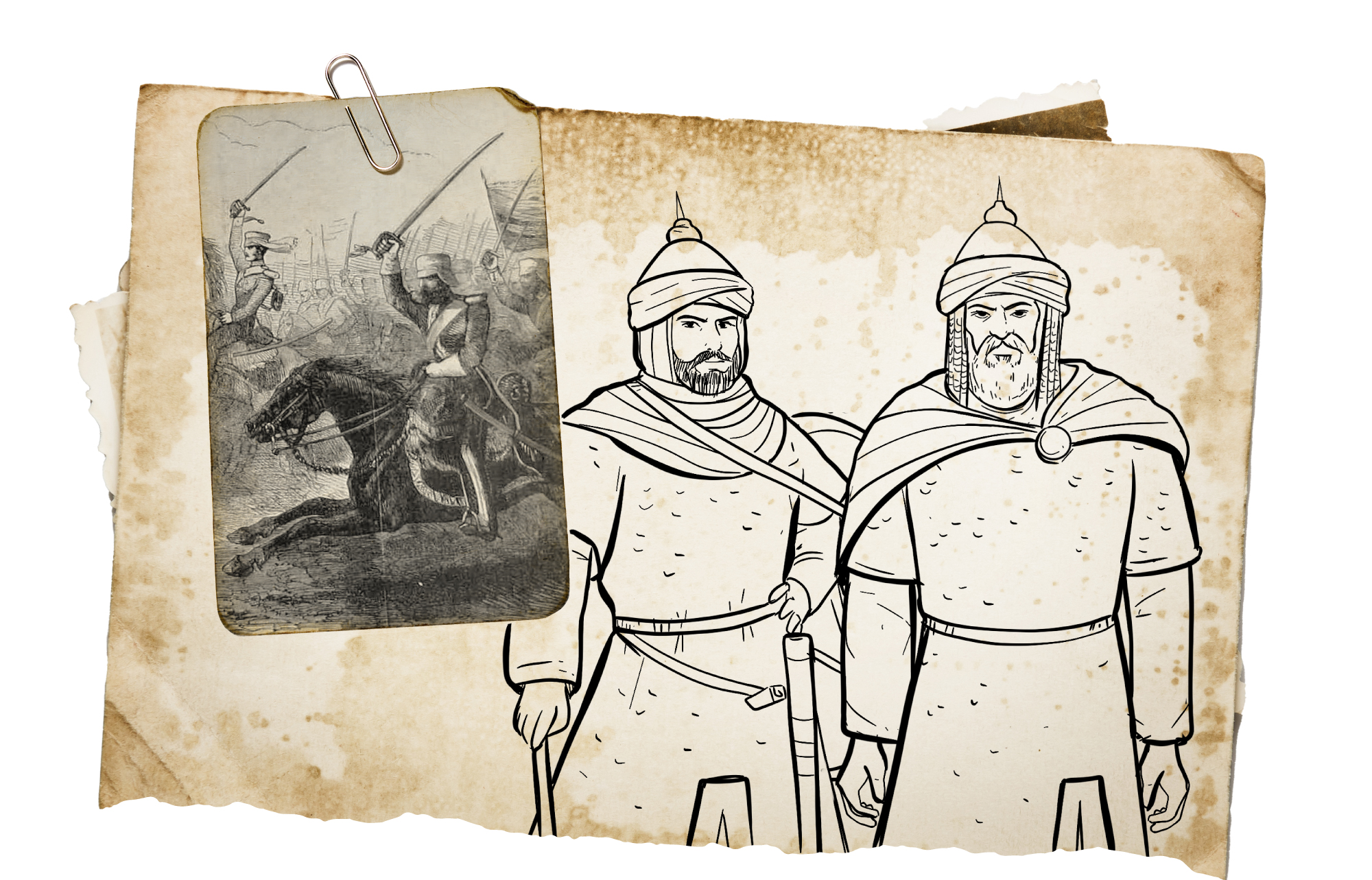 Seif Ibn Dhi Yazan after he made a mistake regarding Yemen:

“We have replaced tyrants with tyrants, and the Persians will rule us as the Abyssinians did”

Narrating historical events is not a primary goal as much as it is used to understand history, because historical understanding crystallizes strategic theories based on the analysis of historical experiences through the observation of military confrontations and the analysis of the psychology of leaders and peoples. Understanding history remains a prelude to anticipating the political expressions of states and developing strategies capable of defending and preserving the interests of the homeland and the nation in a complex and ambiguous strategic environment.

By reviewing the Arab-Persian relationship, the Arabs who depend on the Persians will discover that they are draining their powers without any return in their favor. Since the dawn of history, the Persians have been working with an expansionist and colonial policy towards Arab geography. This is the mistake that some Arab kings made in ancient history, as they did not benefit from their knowledge of the history of the Persians close to them and their massacres against the Arabs, especially during the reign of Shapur I and II (Shapur with shoulders).

By reviewing the history of Seif Ibn Dhi Yazan (516-574 AD), the history must be understood and the elements of the situation reconfigured as a prelude to understanding the racial and superior behavioral structure of the Persians, which was formed over centuries of existential confrontation (from a Persian point of view) with the Arabs.

During the sixth century AD, Yemen lived on the impact of a power struggle between the Arabs led by Seif Ibn Dhi Yazan and the Abyssinian Christians. This struggle increased due to Seif’s hatred of the Abyssinians, especially after he discovered that Abraha had imprisoned his mother and took her from his father, Abi Murra Dhi Yazan. That matter hadn’t been known to Seif, who was raised in the house of the enemy of his father and his people.

Years later, Seif Ibn Dhi Yazan was able to discover the truth that the Abyssinian leader had taken his mother from his father by force. He knew that his father was one of the nobles of Himyar. Despite that, Seif did not benefit from the lessons of history, especially from his father’s story with the Persians, where his mother told him that the King of Himyar took his father to Khosrau to help him against Abraha and the Abyssinians. She also told him that the king of the Persians had given him promises, but he delayed their implementation until he died sad and oppressed, especially when Khosrau said to him: “I hate to risk an army in the homeland of Tamarix and sidr”.

Seif Ibn Dhi Yazan realized that he had fallen into the trap of the Persians, who decided to rule the Arabs after their victory over the Abyssinians.

Reading the general political scene reveals that Seif Ibn Dhi Yazan was aware of the treachery of the Persians, and therefore he initially turned towards the Romans after the internal conditions were prepared to overthrow the rule of Masruq Ibn Abraha. Concerning this point, Al-Tabari tells us that “Seif went out to the Roman king and avoided Khosrau because he was late in helping his father. He found that the Roman king was defending the Abyssinians because they were on the same religion, so he turned back and had to go to Khosrau”.

The solutions were limited, so Seif had to maneuver and resort to the Persians to help him retrieve the king of his ancestors, and then maneuver and confront them by relying on his Arab power so that the Persians would not betray him as they did to his father. Seif Ibn Dhi Yazan did not like the Persians to the extent that would make him ignore their tricks and treachery, but the truth is that the tools and means they owned (in the strategic sense) exceeded what Ibn Dhi Yazan had.

Without referring to Ibn Dhi Yazan’s request for Khosrau to implement the covenant he made to his father, Khosrau followed the advice of his advisor “Al-Mobzan” who advised him to send death-row prisoners with Ibn Dhi Yazan. If they were victorious and owned something, he would have obtained it, and if they perished, he and his kingdom would have rested from them. It seems that “Whrz”, the commander of Khosrau’s army, was a skilled military man, so he overcame the Abyssinian army, which numbered more than a hundred thousand fighters. Whrz chose to target the center of the enemy’s power, which is the leader of the Abyssinians, Masruq. He killed him at the beginning of the battle to be a prelude to the victory of Khosrau’s army and the Arabs.

The Persians would not have left Yemen at the disposal of Seif Ibn Dhi Yazan despite their recognition of his Arab kingdom. Therefore, they prepared a set of conditions that made them the actual rulers of Yemen. This is what made Ibn Dhi Yazan say to Abdul Muttalib Ibn Hashim, “Listen to me, Sheikh. We have expelled the Abyssinians. It seems to me that we have replaced tyrants with tyrants, and the Persians will rule us as the Abyssinians did”.

Pre-Islamic news is difficult to verify, but there were narrations that talked about the prediction of Seif Ibn Dhi Yazan that the Arabs would not be honored except by a new hand that would be from Banu Hashim, and that it is the one that Allah would honor the Arabs with. Those narrations came true and were proven even after a while.