The Battle of Dhi Qar.. Arab lessons in the “art” of military strategy 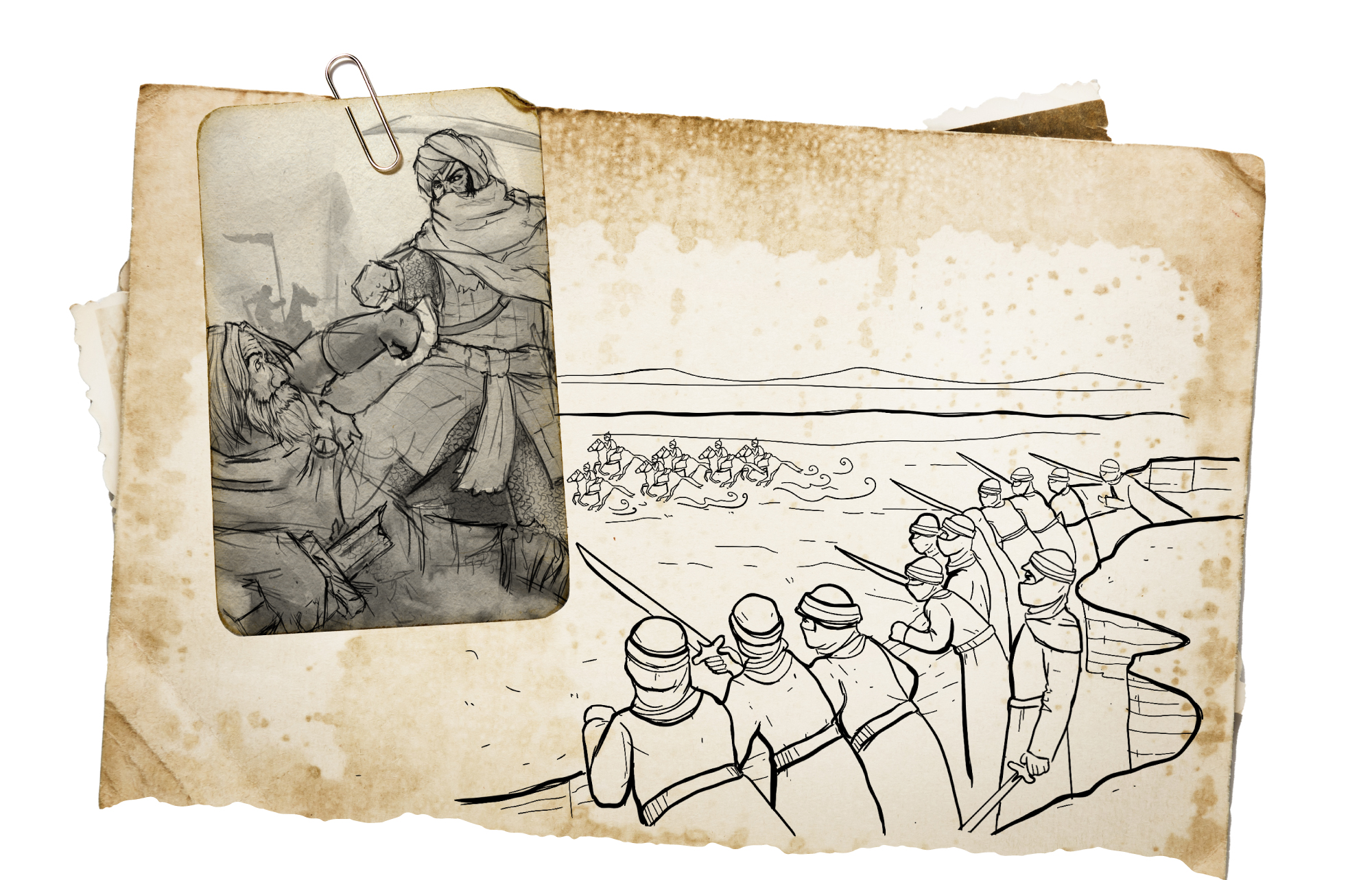 The Battle of Dhi Qar

Arab lessons in the “art” of military strategy

The purpose of studying the history of major battles is not to re-present what was written in the history books or to embellish them with usual phrases and words, but the goal is to extrapolate the events, understand the motives and extract lessons. Perhaps going back to the writings of Carl von Clausewitz or Henri de Jomini states that the development of strategic theories came as a result of analyzing dozens of battles and wars, and then deducing what was called “the art of war”.

The analysis of the Battle of Dhi Qar is an introduction to a set of conclusions that have been neglected by most of those who dealt with this Arab-Persian confrontation. It is the failure that Arab researchers are asked about, especially those who claim security and strategic analysis. Perhaps reviewing a group of strategic schools (Liddell Hart) confirms that the Arabs resorted to applying a set of war tactics that would not be rooted for centuries after that (Center of power theory, deflection theory, the theory of preferring defensive war over offensive war…).

Before detailing the battle from a strategic point of view, we will re-present its most prominent stations, according to the frequency of historical narratives, and then it will be analyzed according to the current concepts of “the art of war”. Here, the narratives of the battle of Dhi Qar agree on the two sides standing opposite each other and the emergence of a Persian fighter who challenged the Arabs to a duel. It did not take long until an Arab knight appeared to him, stabbing and killing him. The Persian commander became angry and went out himself calling for a duel. Al-Hawfzan, an Arab knight, confronted him and killed him.

The beginnings of the battle refer to two strategic mistakes that the Persians made. The first is related to the failure to benefit from the great numerical superiority that would have favored the Persians if the confrontation was direct and classic. As for the second mistake, it is related to the fall of the Persian army’s center of power, represented by the leaders, which constituted a severe blow to the morale of the enemy, who would fight without the head of the army.

Resorting to individual confrontations is usually in the interest of the lesser army, and this mistake was subsequently made by the infidels of Quraish in the face of Muslims in the famous Battle of Badr, which is the actual birth of the Islamic state. With regard to the battles that we read about, any army that was able to win in individual confrontations was not defeated in the battle, as was the custom of wars in the region.

Avoiding direct confrontation and the fall of the heads of the Persian army are from the strategic mistakes that Khosrau's army made in Dhi Qar.

The defeat of the Persians in individual confrontations had adverse effects on the unity of their army. This is what encouraged the Arabs and frustrated the Persians, to the extent that some Arabs who were loyal to the Persians longed for their Arab people, so they resolved to join them in the battle.

Strategic studies in wars and military confrontations, intentionally or unintentionally, excluded the confrontations in which the Arabs were one of the parties from their analyzes. If one of the most famous strategic theorists, the British Liddell Hart, had pointed out the importance of attacking from behind, then the Arabs in the Battle of Dhi Qar were the first to adopt this military tactic. In this regard, Hanzala had ordered some of his cavalry, led by Yazeed Ibn Hammar, to maneuver behind the Persians when the cavalry began attacking the Persians from behind. This military tactic associated with attacking from behind was devised by Liddell Hart in his book “Strategy and Its History in the World”, where he says: “The army is like a man who cannot defend effectively against a blow that comes from behind without turning around to use his weapons against this attacker and the process of “turning” makes the army lose its balance and puts it in an anxious position for some time and thus the brain is more affected by every danger coming from behind”.

The Arabs proved unparalleled cunning when they resorted to the tactic of turning around and attacking from behind, and these are the tactics that all those who have discussed wars and confrontation have dealt with for centuries. Here, Liddell Hart adds: “The movement around the enemy’s side or towards the rear of the army aims to avoid all resistance during the implementation of the movement and after it ends, and this movement takes the least resistance way”.

The battle of Dhi Qar cannot be limited to the strategic lessons that can be drawn from this historical confrontation (how a small army can defeat a large army, the enemy’s centers of power, the attack on the rear, and the cutting of the supply lines…). Rather, it can be considered a decisive turning point in the history of Arab-Persian confrontations. This is because the Arabs were confident of their ability to subdue the Persian enemy and they were convinced that the war which the righteous are forced to wage ends with their victory and the defeat of the people of arrogance and falsehood. Since Dhi Qar, the Persians had been in decline until Umar Ibn Al-Khattab subjugated their entire empire and then overthrew the Sassanid throne.