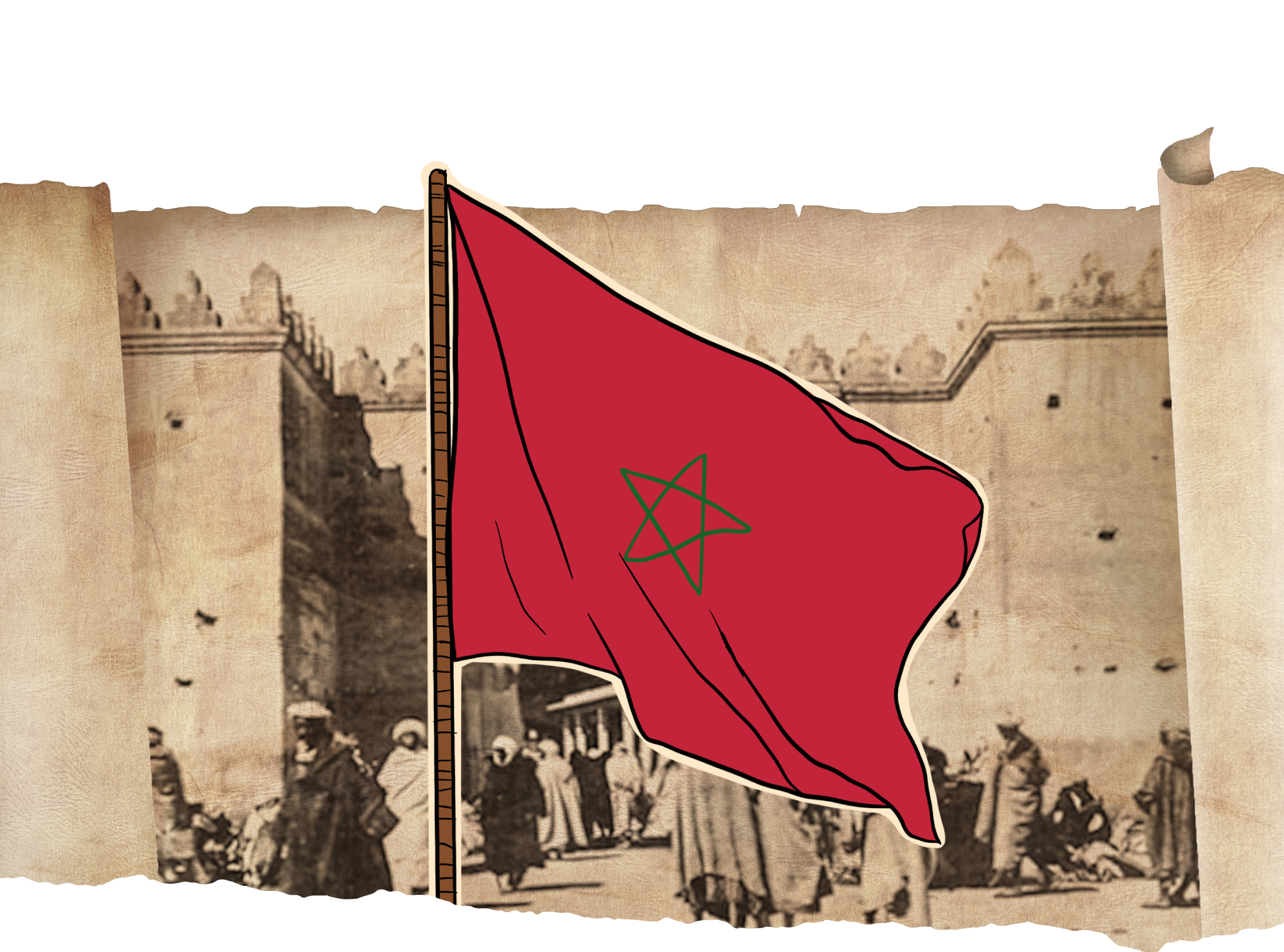 Morocco was a thorn in the Turkish sultans' side

The countries were successively collapsing, the earth was watered with blood, the beacons of knowledge were closed and the lamps of knowledge were extinguished. All this was due to the Ottoman occupier who did all kinds of evil in the Arab world and did not calm down until after fighting the Arabs everywhere. Therefore, as soon as the matter settled in Algeria, Tunisia and Libya, their eyes began to turn to Morocco.

Historical documents indicate that the Turks’ view of Morocco came as part of a plan to fully control North Africa, and from here a clash with the Saadians who ruled there was imminent. As usual, the Othman family used mercenaries and people of unknown parentage to support them and arouse strife against the legitimate authorities. They sought the help of Abu Hassoun Al-Wattasi, who was in Algeria. They provided him with the necessary strength to fight the Saadians and to return the Wattasid State, the enemy of the Saadi State in Morocco, under Ottoman sovereignty.

The plan of the Turks succeeded in the beginning, and Al-Wattisi was able to reach Fez before fighting Sultan Abu Abdullah Al-Saadi, who was able to eliminate the strife, defeat Al-Wattasi, and restore Fez again. The Ottomans did not stop there and sent a message from Istanbul to Sultan Al-Saadi asking him to mention the Ottoman Sultan on the pulpits as the legitimate ruler in the Islamic countries and to mint the name of the Ottoman Sultan on currency in Morocco. These were the signs of subordination and loyalty, but the Moroccan Sultan refused to obey.

Since tyrants and criminals do not accept the rejection of their desires, this aroused the anger of the Ottoman Sultan Suleiman I, so he plotted a conspiracy through some Turkish soldiers who claimed to have escaped from the Ottoman army, and asked for protection and joining the army of Morocco. Indeed, the Moroccan Sultan Abu Abdullah Al-Sheikh trusted them, but they quickly assassinated him, cut off his head and fled to Istanbul, where the Ottoman Sultan ordered it to be hung on the doors for joy.

The attempts of the Ottomans did not stop there, as Hassan Khair Al-Din Pasha, the ruler of Tlemcen, moved with a large army in an attempt to invade Morocco. He reached the outskirts of Fez, where he met the Moroccan army, and the battle took place, which resulted in the defeat of the Ottoman army and its escape.

In 1578, the famous battle “Wadi Al-Makhazin” took place between the Moroccan army and the Portuguese army, which wanted to invade Morocco, but the Moroccans managed to inflict a severe defeat on the Portuguese. This battle supported the independence of Morocco and led to the reluctance of all the major countries, including the Ottoman Empire, to take any hostile step towards Morocco.

Nevertheless, the Ottoman-Moroccan relations quickly became tense again. Historians mention many reasons for this, and perhaps the most important reason was the recommendation of Aruj Pasha to the Ottoman Sultan. Aruj had great experience with the conditions of North Africa and he did not forget that the coasts of Morocco had not yet fallen under the rule of the Ottomans. Accordingly, he sailed from Istanbul at the head of a large fleet in order to occupy the Moroccan ports, but the Moroccan Sultan resorted to diplomacy to resolve the dispute and sent a delegation to Istanbul. This delegation was able to calm things down and thwarted the plan to control Morocco.

The Moroccan army was able to repel the invasions of the Ottomans and the Portuguese, and Morocco remained the only country in North Africa that did not submit to the Turks.

With the collapse of the Saadi state and the rise of the Alawite state in Morocco, the Ottoman garrison in Algeria tried to intervene more than once in the affairs of Morocco, but the Alawites were able to preserve Morocco’s independence. Indeed, Morocco remained the only Arab country in North Africa that the Ottoman Empire could not occupy.