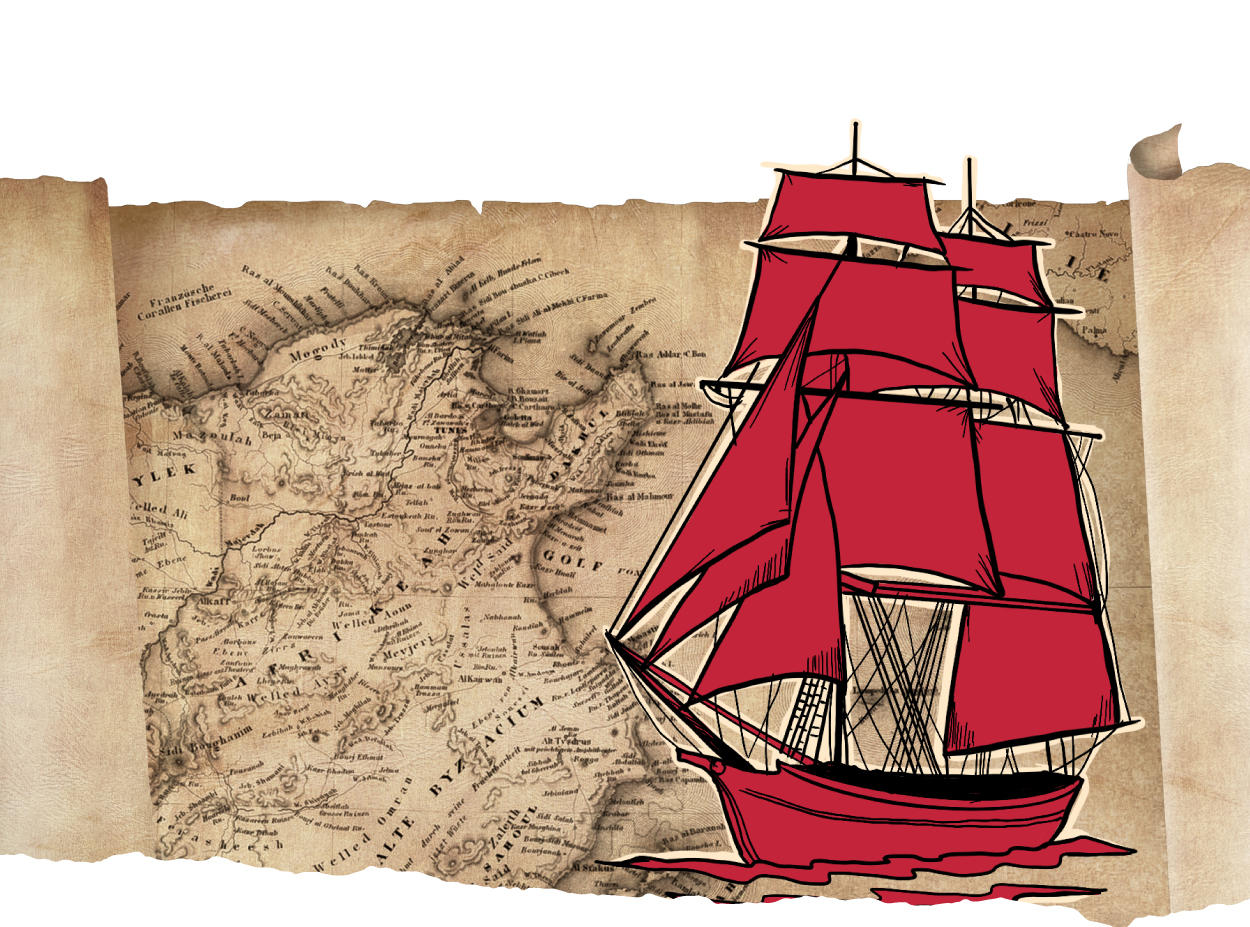 The Ottomans destroyed all the countries they entered. They were always looking for the enlightened cities that were distinguished by a knowledge role and an important strategic location in order to control, extinguish and strip them of all virtue and advantage, as if hostility to the Arabs was something they inherited and brought up on.

This is how the Othman sultans and their pirates looked at Tunisia, located in the eastern Maghreb, distinguished by its location, which in turn contributed to its strategic importance, in addition to its presence between Algeria and Libya, as well as the enormous possibilities offered by its ports in controlling maritime transportation in the Mediterranean and the natural and human characteristics that Allah endowed it with. It represents the farthest parts of the Maghreb and the African continent to the north, as it is less than 140 km from the island of Sicily, and less than 200 km from the island of Sardinia. The 37th latitude intersects with its north and extends to the south of the Iberian Peninsula, the island of Sicily and the Peloponnese peninsula. With its location on one of the banks of the Strait of Sicily, it was a target of colonial countries since ancient times.

The geographical location of Tunisia and its ports on the Mediterranean Sea made it a target for the greedy colonial powers, led by the Ottomans.

The eastern coasts of Tunisia are characterized as being safe, hospitable and not prone to cyclones like its neighbors. Its bays are open to a calm sea that encourages visitors. All these natural and topographical conditions made it the target land for invaders and occupiers through the ages.

Among those invaders were the Turks that were aspiring to occupy it to achieve their ambitions, such as the Barbarossa brothers. In the fifteenth century AD, the Turkish pirates were carrying out their activities on the coasts of North Africa. Some of them were working for their own interests and the other for the benefit of the Ottomans. Their aim was to loot and collect spoils, and among them were Aruj and his brother Khair Al-Din, the most prominent sea pirates.

The two brothers had a role in the naval invasions in the Mediterranean and attacking and terrifying European ships during the sixteenth century AD. They contributed to facilitating the arrival of the Ottomans to occupy parts of North Africa, such as Tunisia, Algeria and others. They ended up on the island of Djerba, opposite the Tunisian shores, from which they contacted the Hafsid Sultan in Tunisia and persuaded him to allow them to settle in the famous port of La Goulette, on the condition that they would take it as a base for them to launch their naval battles and pay the Hafsid Sultan one-fifth of the spoils they would obtain.

As usual for the Ottoman rulers who break covenants and hide their malicious intentions, the Barbarossa brothers worked to eliminate the presence of the Hafsids in Tunisia, which prompted them to search for a way for them to remain in power. The plan was to exploit the presence of the Spaniards in Tunisia and to stay under the pretext of driving them out, when the reality was otherwise. What they did not announce was that they were preparing for the arrival of the Turks to the coasts of North Africa.  This became clear in 1533 when Sultan Suleiman I summoned Khair Al-Din Barbarossa to Istanbul and gave him full support in order to occupy Tunisia, end the rule of the Hafsids, the legitimate rulers in it, and transform it into an Ottoman province. In fact, the Spanish occupation had ended, but it was replaced by the Ottoman Turkish occupation.