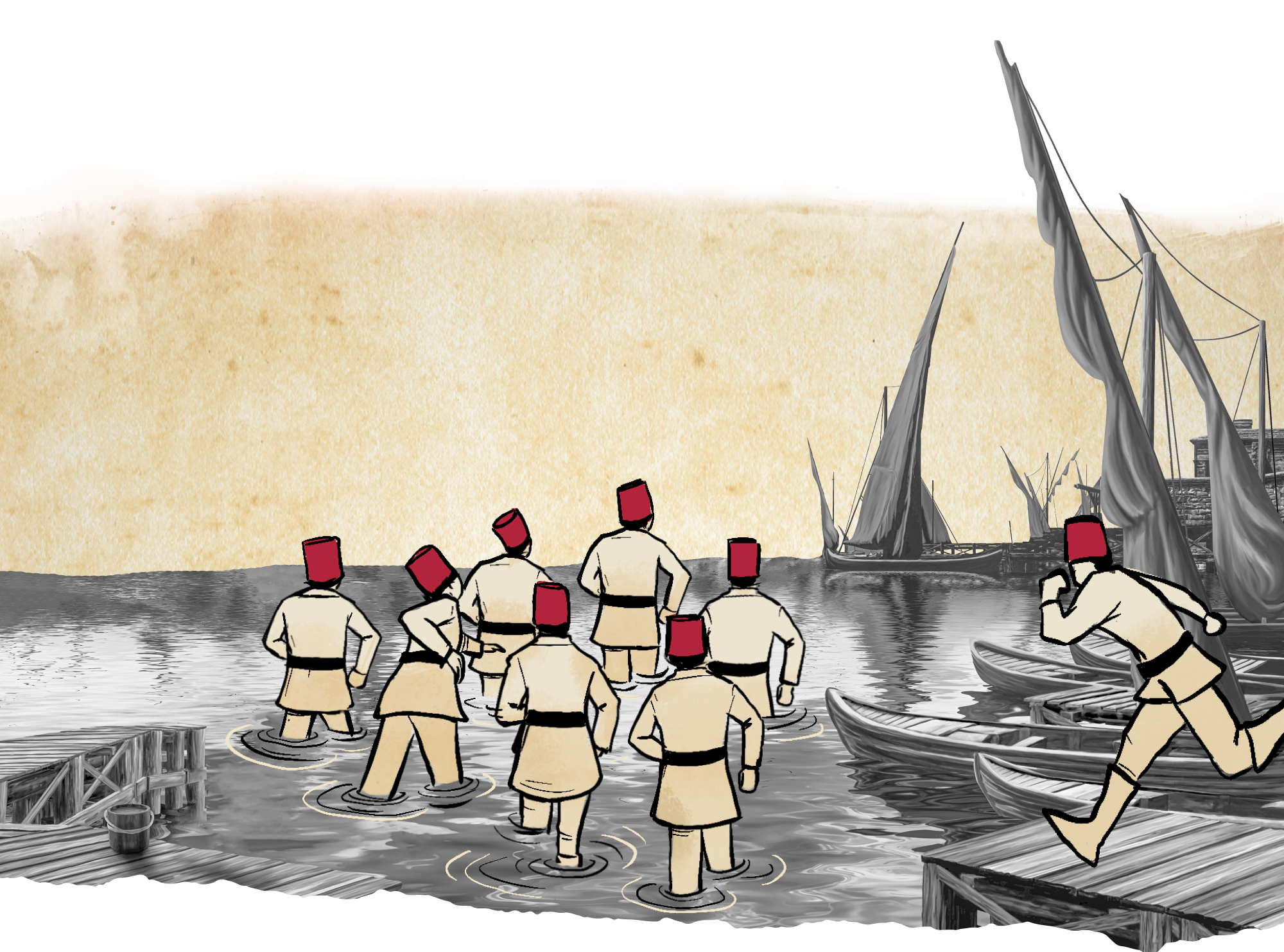 They surprised the Turks and forced them to flee

Al-Qunfudhah... The Saudi epic battle that vanquished the Ottoman arrogance

Historical sources unanimously agreed that the first Saudi state was able to stand up against and hold out the expansionist ambitions of the colonial Ottoman state, despite the huge differences in numbers and equipment, as the Saudis manage to engrave great epic battles that are still strongly remembered in history. This is the state that emerged from the borders of the emirate of Najd to become a state in no time; a state that shook the pillars of the empire that for centuries had imposed its oppressive rule and Turkish national authority.

As a complement to the historical narration of the battles fought by the forces of the first Saudi state with the invading Ottoman forces, we will address one of these epic battles with the logic of tactical analysis that led the Saudi forces to defeat one of the most powerful empires in the world thanks to the doctrine with which the Saudi armies fought, and which contributed to fight back the Turkish aggression on the region, including the Battle of Al- Qunfudhah in (1814), in which Muhammad Ali Pasha was defeated by the Saudis, who cost him significant material and human losses.

The Saudis used a strategy of surprise that shocked the soldiers of the Ottoman governor.

Al- Qunfudhah was an essential geo-strategic axis, being located on the Red Sea coast, and halfway between Makkah and the south of the Arabian Peninsula. It fulfills a set of conditions that tempt every military commander to subordinate it to his force; thus, the British historian Gerald de Gorey says about the importance of the Qunfudhah location to the Ottoman armies: “The location of Al- Qunfudhah seemed to be good for managing the battles, in coordination with the garrison in Taif, since the place could be easily supplied with supplies and men”.

It is worth pointing out that the forces of the Ottoman governor were initially able to subjugate the coastal city in a manner described by the Saudi historian Ibn Bishr, saying: “More than forty ships sailed on the sea (meaning Muhammad Ali), and they set up at Al- Qunfudhah and their soldiers on land, and there was a camp in Al-Qunfudhah from Asir, about five hundred fighters, and the Romans (meaning the Turks) surrounded them and fired them up with cannons and bombs, so they lured them out convincing them they will be safe, then they seized it”.

The fall of Qunfudhah was not due to the force of the soldiers of the Ottoman governor of Egypt, but rather because the Saudi commander in Asir and Tahama Tami bin Shuaib did not expect this attack by sea, as he was busy sending most of his soldiers towards Hijaz before he was informed of the news of the Turks’ seizure of Qunfudhah, to head back to it and with him more than eight thousand fighters, determined to take it back before the Turks settled and before the arrival of the military reinforcements ordered by Muhammad Ali Pasha. He saw in the subjugation of Qunfudhah a prelude to subjugating the entire south of the Arabian Peninsula and annexing it to his state.

The presence of Muhammad Ali’s forces in al- Qunfudhah continued for nearly a month before the vanguards of Tami bin Shuaib’s army arrived, which was able to advance through a number of paths and succeed in taking advantage of the impact of the surprise that gave them a strategic advantage that made the Ottoman armies in a shaky defensive position that made them lose the ability to regroup and to maintain their position in the city.

At this level, it can be said that the surprise factor was a key to resolving a set of historical battles, which made all strategic theorists confirm its importance, and here the British strategist Liddell Hart says: “The indirect attack is based on the idea of destroying the opponent’s balance using different methods, such as the surprise caused by a shock.”

The Turks fled to the ships, evading the boldness of the Saudi soldiers.

The impact of the surprise caused by the Saudi forces in Muhammad Ali’s forces can be observed by referring to Jyrald Dy Ghoury’s description of the state of panic in which the Turkish armies were in, saying: “They fled towards Medina and spread terrifyingly here and there without attempting any resistance… And due to the horror of the surprise, most of his soldiers ran into the sea towards the ships anchored in the port.”

The Battle of Al- Qunfudhah was an emphatic victory in which the Saudis demonstrated great cunning in the art of managing military operations through the speed of movement and detour. The discipline of the military elements, imbued with a high combat doctrine on lead, facilitated the controlling and linking process, and not leaking any information from their camp until they reached Qunfudhah, where they expelled the Ottoman enemy in a decisive battle about which Ibn Bishr said: “So he fought them and a fierce fight took place, so God aided Tami and those with him, defeated them and killed many men of them, and took the station and those in it…”.