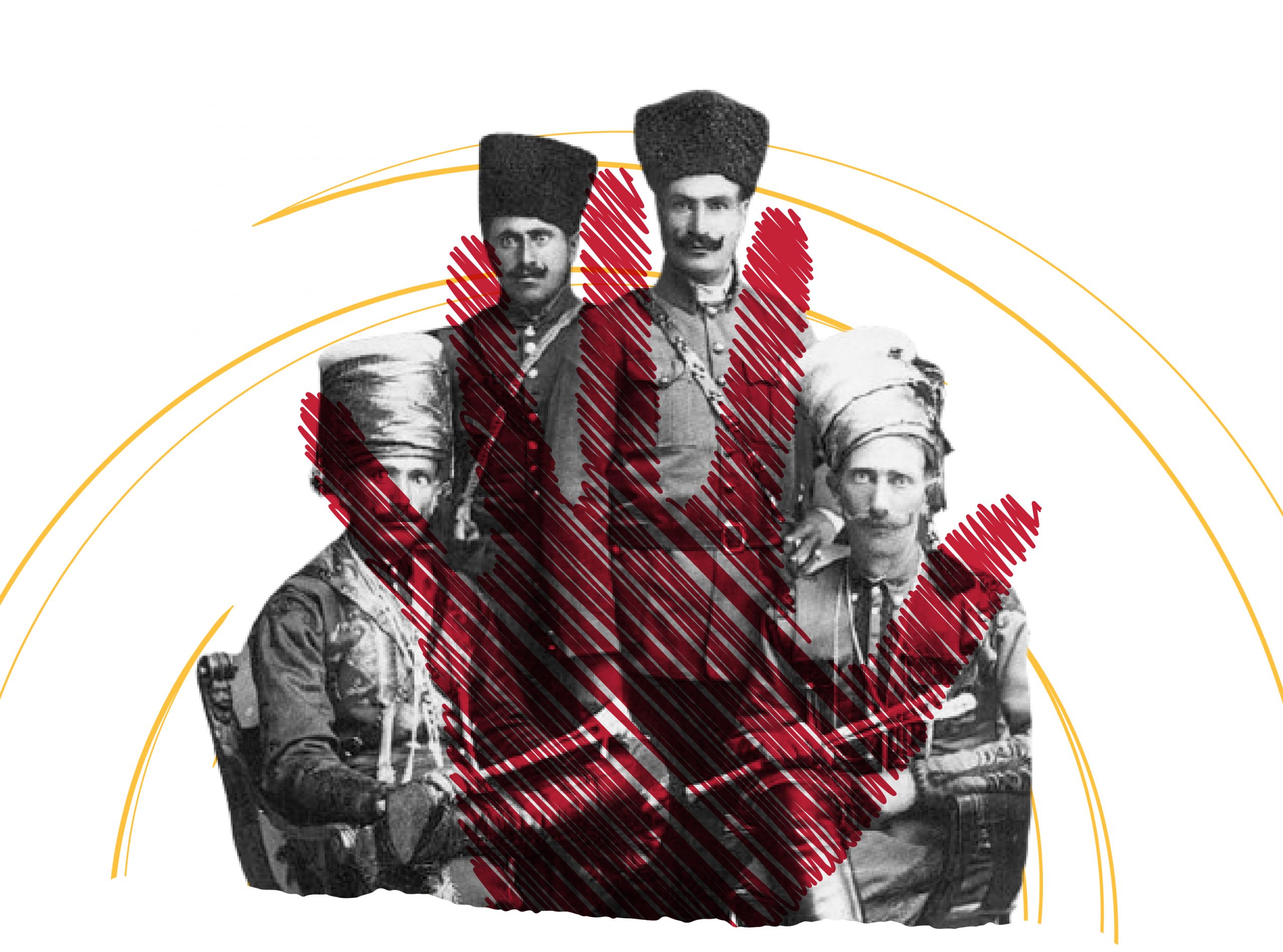 The Kurds... the people who made the Ottoman sultans anxious

After all those decades that have passed, the facts that have unfolded and the historical documents that have emerged, historians have concluded an undoubtable fact, which is that the hearts of the sultans of the Ottoman Empire were filled with superiority towards all ancient nations, especially the Arabs. This supremacy did not remain confined, but rather turned into barbaric policies that the Turkish sultans held unto towards the peoples they imposed their control over. According to historians, this behavior of the Ottomans was mainly caused by their feeling of permanent inferiority as a result of their lack of any historical or civilizational origin.

The Kurds were not an exception, for that ancient nation has witnessed the same as all nations, by the hands of the Turkish sultans, and just as the Ottomans ruled the Arabs and enslaved the Muslims and caused their backwardness, they also ruled the Kurdish areas and caused their backwardness, but at the time when Arabs were able to liberate themselves by fighting back, the Kurds kept fighting for freedom from the Turks; historians believe that the main reason for this is due to the presence of the Kurds inside Turkey, which means that the success of these people may bring down the Turkish state, this led the Kurds to be massacred since the emergence of the Turkish sultans until now.

The Turkish sultans realized the strength of the Kurds and decided to make peace with them from the beginning, before turning against them.

Despite the attempts of the Turks to display the Kurds as intruders to the Arabs on one hand, and to Islam on the other hand; historical documents reveal the falsehood of this claim. The origin of the story lies in knowing who the Kurds are, how they appeared in history, and what is their role in Islam from the beginning?

According to historical sources, Kurdish nationalism has been known since the beginning of human history. This is evidenced by the fact that the use of the term “Kurds” appeared since the second century BC until the time of the Arab Islamic conquest became a well-known term, and the areas they inhabited were called “Kurdistan”; the word “Kurd in Persian means “the brave ones” and “Stan” means “the country”, while the Arabs called the Kurdish regions “the region of the mountains” due to their residency near the mountains.

As for the geographical distribution in particular, the Kurds in Iraq were concentrated in the areas of Amadiyah, Dohuk, Kirkuk, Sulaymaniyah, and around Mosul and Erbil, and in Turkey they lived near the Turkish-Iranian borders in the area around Lake Van, Diyarbakir and the Upper Mesopotamia, in addition to some other areas in the plateaus of Iran; this important geographical concentration made many countries and empires try to invade the Kurds, who defended their country for centuries.

The entry of the Kurds into Islam did not take long. Historical narrations show that the Kurdish regions were conquered during the reign of the Caliph Omar Ibn Al-Khattab in (638AD). In the era of the Umayyad state, the Kurds did not cause any problems in the Islamic state, as they turned after the Islamic conquest into fighters under the flag of the Islamic state, especially the Anatolian Kurds who turned into a human shield to protect the Islamic state, due of their borders being adjacent to the Byzantine state.

The first Kurdish protest was in the era of the Abbasid state (750-1517), when their stances varied and they declared the rebellion more than once. Perhaps the most famous uprising was what they led in Mosul during the era of the Abbasid Caliph Abu Jaafar Al-Mansur (174 AH / 764 AD), and the uprising happened again during the reign of Al-Mu’tasim (225 AH / 839 AD); the Kurds of Mosul joined the Mansour al-Kharji revolt in the year (252 AH / 866 AD).

As a result of the Kurds alliance with all the opponents of the Abbasid state, as shown. It was not surprising that they supported the Seljuk Turks who aspired at this time to establish their independent state. Common interests were the main reason why the first meeting between the Anatolian Kurds and the Turkish race represented in the Seljuk state, was held. Although it began with an alliance and common gains, but everything changed later; instead of the Seljuks, the Ottomans took their place, and instead of the alliance came estrangement, wars and tragedy.

But until then and during the era of the Seljuk state, the Kurds achieved many gains, most notably, the recognition of their areas of existence as a unified region under the name “Kurdistan”; this happened during the reign of Sultan Sanjar Seljuk (1117-1156 AD), and there was a governor appointed by the Seljuk Sultan for this region as of all other countries.

Despite the collapse of the Seljuk Turks thereafter, the Kurds maintained their territory and their interaction with the Islamic countries. As a matter of fact, ever since the establishment of the Zangid state (1127-1250 AD), the Kurds became predominantly assuming positions of command of the Islamic armies, which prompted historians to describe them as “Defense Ministers of Islamic countries.” Undoubtedly, the Kurds reached the peak of their glory at the hands of Salah al-Din al-Ayyubi, the Kurdish who established the Ayyubid state (1174-1250 AD), and liberated Jerusalem from the Crusaders.

When the Turkish sultans came into existence, the Kurds were known for their historical and civilized roots, and they had a distinct role since the advent of Islam; they represented a crucial element in the Islamic administration; as a matter of fact, defense ministers were able to assume responsibility in such difficult historical times and proved their competence and courage, at a time when Muslims were not aware of the Ottomans and from which tribe did they come from and what religion did they follow?

Ottoman historians tried to distort Kurdish history and undermine its value and strength.

Perhaps the most prominent reasons for the Ottomans’ anxiety towards the Kurds are their location in a distinct geographical region inside Turkey, as they are adjacent to the Byzantine borders, in addition to their Islamic prestige and ability to fight, on the one hand, and on the other hand, the domination of the Safavid state (1501-1736) over some Kurdish areas , pushed the first Ottoman sultans to make peace with the Kurds, in fear of provoking them, before Selim I (1512-1520) came to think for the first time about making deals with them to get rid of the Safavids, and that was the first trap that the Kurds fell into and they paid a heavy price for it.