Within the colonial agenda The Ottomans took advantage of “Andalusia” 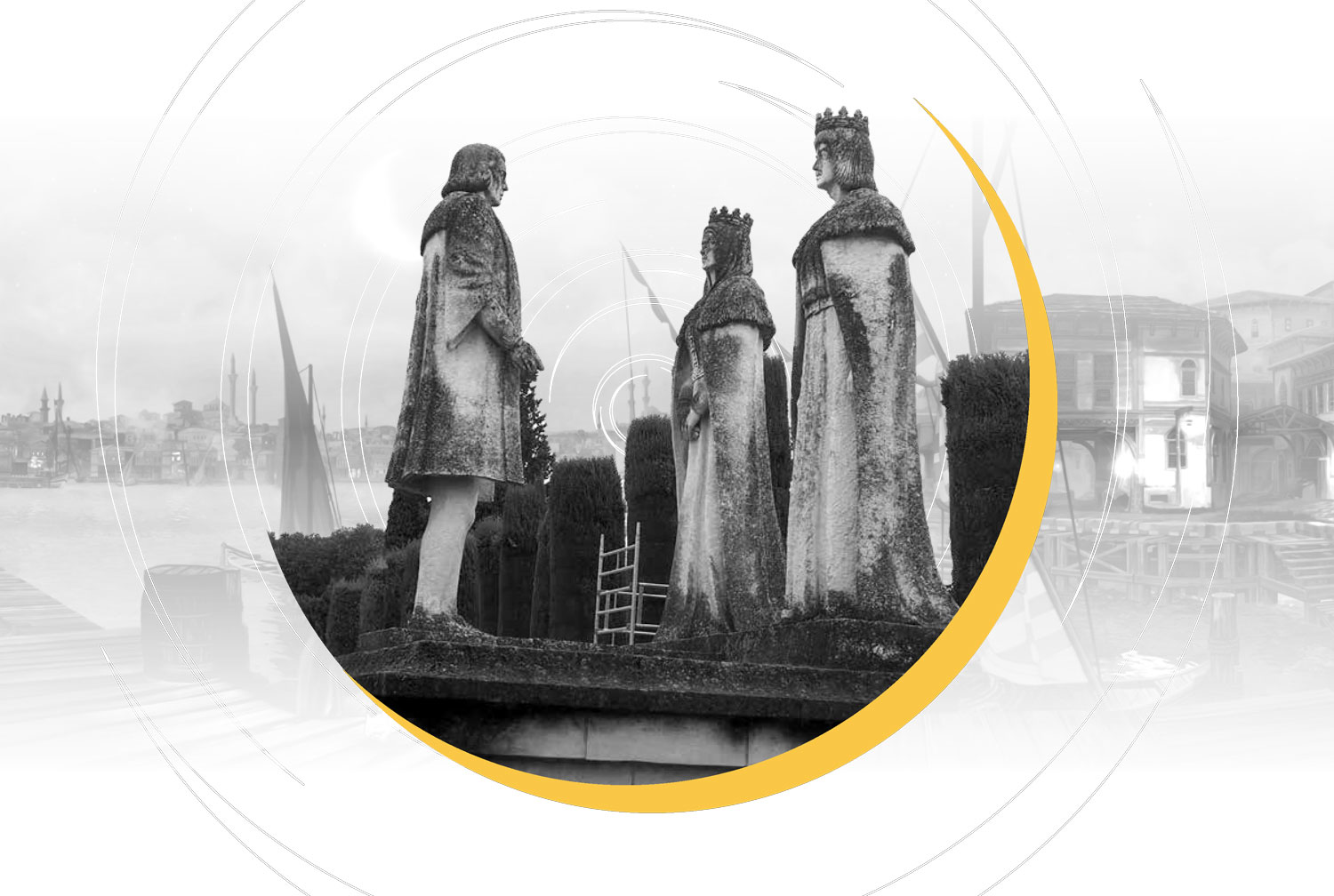 Within the colonial agenda

The Ottomans took advantage of “Andalusia”

The study of the Ottoman relationship with Andalusia constitutes an area of historical disagreement between the adherents of the Ottoman thesis and its opponents. Rarely do we stand on writings that devoted to objectivity and academic methodology in dealing with this relationship, which forces us to submit this historical problematic to the logic of analysis away from subjectivity, which could lose any research of its scientific value and historical integrity.

The writings in harmony with the Turkish narrative are almost summed up in that the Ottoman sultans made repeated and serious attempts to save Andalusia from the fall and help the Muslims there to withstand the fierce Christian onslaught, which were attempts that continued even after the fall of Granada, the last stronghold of Banu Al-Ahmar. But success was not an ally for considerations that the owners of this opinion are summarized in the following points:

– The remoteness of Constantinople from Granada, which made it very difficult to reach and an adventure with insecure results.

– The preoccupation of the Ottomans in their wars against the Mamluks, the Safavid state, and some European powers.

– The lack of involvement of the Mamluks and the Hafsid state in the war effort launched by the Ottoman Empire to restore Andalusia and save its people.

Faced with this complex strategic environment, all Ottoman attempts, according to the thesis of the Ottoman defenders, failed to respond to the calls of Andalusians, and the Turks settled with saving and receiving some of them within the sultanate’s influence. Some extremist voices went even further and accused everyone who doubted the efforts of the Ottoman Empire to save Andalusians by fighting Islam and Muslims and doubting their faith. We find the author of the book “The Ottomans and Attempts to Save the Muslims of Andalusia,” Fathi Zaghrout says, “After the blackout comes the role of questioning the history of that state and its behavior with the people. The goal is clear. The goal is to question the religion of God as a doctrine, law and methodology rather than questioning the role of the sultans.

Historians who support the Ottomans: Whoever suspects that the Ottomans supported Andalusia, his faith is unclear.

On the opposite side of the Turkish novel and the rest of those connected politically and ideologically with Ankara, we will try to present the opposite point of view, which empties the Ottoman thesis of its content. This will happen through relying on a set of historical data, which confirms that the Ottomans had no intention of recovering Andalusia and dealt with Andalusians with a pragmatic logic that serves the colonial discourse of the Ottoman Turks.

In this regard, the historical writings dating back to the period of the fall of Andalusia reveal to us that the Ottomans dealt with the Andalusian calls for help with a degree of caution and a great deal of pragmatism despite the repeated piracy by the brothers Aruj and Khairuddin Barbaros, which was intended to continue their original activity. That activity is considered a major source of financing their colonial policy, far from the motives of jihad or the recovery of Muslim lands. Here, we find the American historian William Spencer in his book “Algiers in the Age of the Corsairs” who says, “The Ottomans, unlike their predecessors who were Arab Muslims and Berbers, who had stirred fights from the bases of that same land against the infidels, were not primarily interested in acquiring Christian lands on the shores opposite the Mediterranean”.

On the other hand, through our search of books and documents, we did not find any message from the Ottoman Sultans stating the intention of Constantinople to recover Andalusia, but the main purpose was to exhaust Spain and try to expand westward, taking advantage of the Arab countries, and finding a foothold for the Ottomans in North Africa. The Ottomans made very big efforts to subjugate the Maghreb. Those efforts could have been directed to recover Andalusia, and the historical data may have been different from what it is now.

Perhaps the historical shock that we faced is mainly reflected in the offer made by the Kingdom of France, the strategic ally of the Ottomans in that period, to help it reclaim Andalusia. It is the historical fact that the Algerian historian Mubarak El-Melli discussed in his book ” The ancient and modern history of Algeria”. He says, “In Algeria, during the war between Hassan Pasha and the Sultan of Morocco – the French ambassador offered to help Hassan Pasha with the French fleet, in case he intended to attack Oran or if he thought of organizing an attack against Andalusia, and it seems that Hassan Pasha refused this offer.”

Perhaps the French support the proposal for the Ottomans to recover Andalusia find its justification in France’s attempt to weaken the Spanish, their main enemy in the region, given that the Ottomans’ attack on Andalusia would make Spain place the strategic pincers between the Ottoman forces and the French kingdom. However, the Turks thought that the attempt to regain Andalusia was a great risk that might have negative repercussions on their presence in the western Mediterranean region.

The Ottomans, being fearful of provoking the Spaniards, made them refuse to help the French in helping the Andalusians.

It can be said that the Ottomans were afraid that in the event of their success in the war for the recovery of Andalusia, the Arabs would demand their right to rule Andalusia, especially since these were seeking the help of the Turks in this war, provided that it would not replace them as the owners of historical and religious legitimacy in the rule of Andalusia. This sits on the grounds that the Arabs were looking at themselves as an extension to the Arab dynasties that ruled this region and would not accept the idea of changing the Spanish occupation with an Ottoman occupation.

The repeated attacks carried out by the Turks on the southern coast of Andalusia were intended to help their ally France, which was seeking to continue the pressure on Spain, in addition to their practice of piracy activity, which was famous for the pirates who ruled the region. This matter intersects with what the Algerian historian Mubarak al-Melli said in the same book referred to, “In this circumstance, Saleh Reyes’s fleet was organizing its attacks on the Spanish coasts, in implementation of the request of the King of France, Henry II, who wanted Saleh to worry the Spaniards based on the agreement concluded between the Ottomans. And the Kingdom of France”.

The Ottomans in the Maghreb took advantage of the “Andalusian issue” to mobilize the Algerians and delude them that the liberation of Andalusia is a central issue in the “caliphate state” agenda. This made large crowds of Algerians join the ranks of the Ottomans during one period of time, especially during the reign of Qalj Ali, who announced the general mobilization to go towards Andalusia, as he recruited fourteen thousand Turks and sixty thousand Algerians for this purpose.

If the Turkish version considers that what Qalj Ali did was a serious and unsuccessful attempt to liberate Andalusia, then the reality of the matter is that the Turkish ruler exploited the willingness of Andalusians to carry out a comprehensive revolution at home to restore the rule there in order to direct his armies to liberate Andalusia to subjugate the city of Oran, which was Under Spanish rule. Although Qalj Ali was aware of all the details of the revolution, he allowed Andalusians to be slaughtered without fulfilling his promises to intervene to help them and in return preferred to continue his expansion projects in western Algeria.

It remains constant that the Ottomans had many aims in directing their attacks on the southern coasts of Spain, away from the desire to return it to Islamic rule. Among the most important of these goals was the demolition of the Spanish projects that intended to attack the heart of the Ottoman Empire. We have recorded that the Turks prepared for a group of attacks on the Spanish coast. The most important of these attacks was an attempt by Qalj Ali to march to Spain at the head of a huge force in implementation of the instructions of Sultan Salim II, who summoned him to Constantinople and provided him with important assistance to attack the Spanish shores. These attacks were intended to prompt and repel a large-scale attack that Christian forces were preparing to organize against the Ottoman Sultan.

It is clear that the recovery of Andalusia was never a priority in the Ottoman agendas, despite its interest in southern Spain as a strategic region that would serve its expansion projects. However, it was waiting for an internal movement from the Andalusian revolutionaries, and in the event of their success, the Turks would definitely take advantage of this revolution to extend their rule in Andalusia without having to declare a direct confrontation with Spain, which was at that time a great colonial power.

1- Fathi Zaghrout, “The Ottomans and the Attempts to Save the Muslims of Andalusia,” New Andalusia Printing Press- Egypt – First Edition, 2011 AD.

2- William Spencer, “Algiers in the Age of the Corsairs”, Kasbah Publishing House, Algeria.

3- Mubarak El-Melli, ” The ancient and modern history of Algeria”.