Within the Persian Forgery Agenda The movie of (The Lady of Heaven),which is offensive to Arabs and Muslims and is supported by the mullahs of Iran 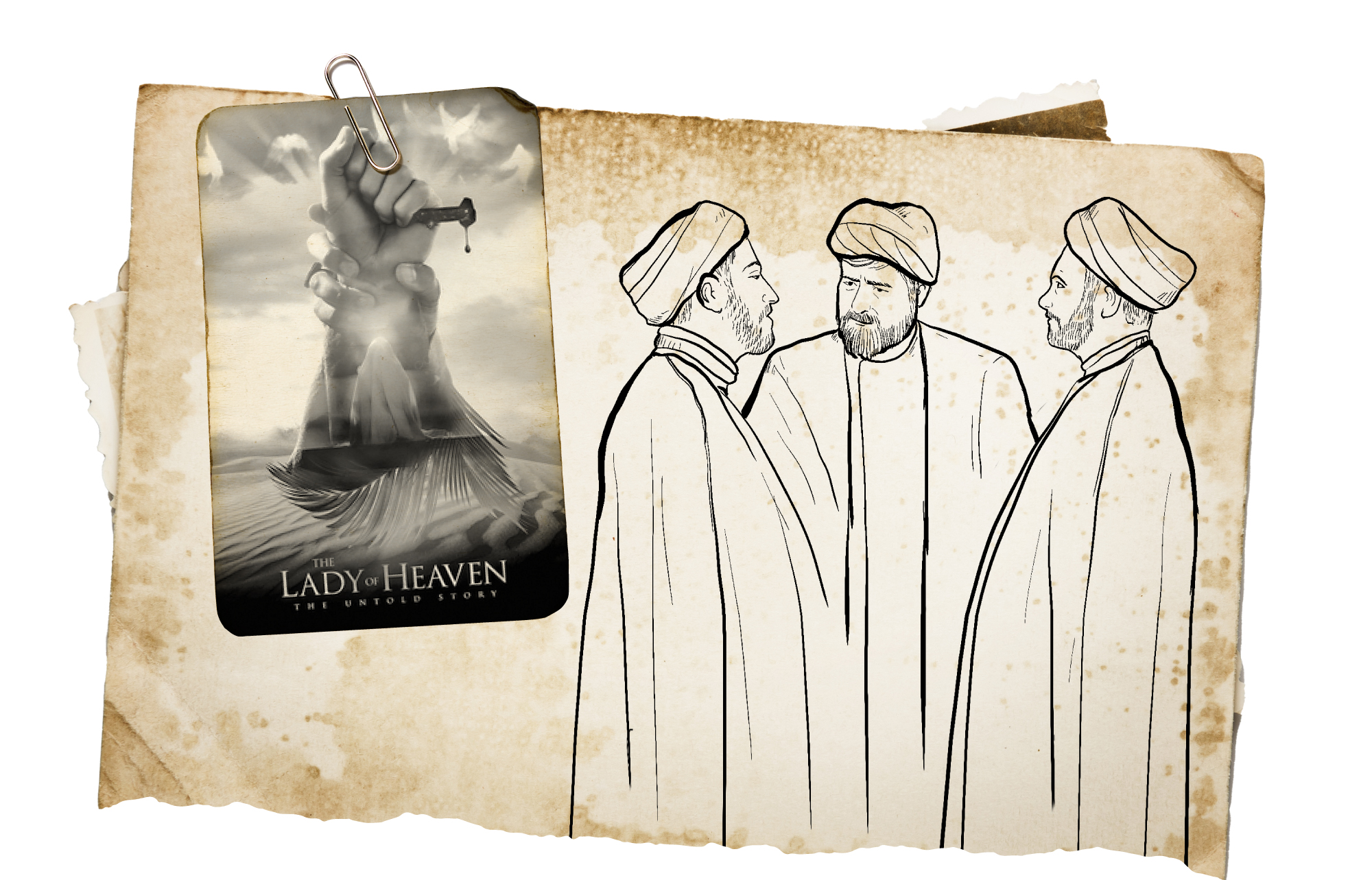 Within the Persian Forgery Agenda

The movie of (The Lady of Heaven), which is offensive to Arabs and Muslims and is supported by the mullahs of Iran

Through Persian literature, the Iranians attached the most horrible attributes to the Arabs with the intention of defaming and slandering the Arabs centuries ago. Therefore, you can note that matter through the reading of ancient Iranian literature expressed by their famous writer Al-Ferdowsi, one of their oldest poets who wrote in Persian, and whose work lasted for three decades in an attempt to compete with the Arabic language, the language of the Holy Qur’an and true Islam.

To this day, the Persians are proud of the national epic of their country, which was written by Al-Ferdowsi, despite the intolerance and racism attacks it contained against the Arabs. The truth is that the approach followed by Al-Ferdowsi and other Persian nationalist writers relied on sending direct implicit messages offensive to the Arabs showing them in a bad stereotype image through false stories, myths, fables, novels and false poetic epics, which are only out of their hateful Magian imagination.

This racist legacy was strongly reflected in the formation of the Persian mentality that hates the Arabs and hates Islam, even if they claim it. The Magian spirit represented in populism and racism has been inherited for centuries and it is full of Magian hatred that despises the Arabs and exalts the Persians in history.

Whoever recalls history in the Islamic era, from the time of the Rightly Guided Caliphs and the subsequent Islamic eras until the modern era, will find that the Magian Persians had followers who showed Islam and kept Magianism secret. They were not satisfied with that, but sought to receive or summon any invader against the Arab Islamic State. There are countless examples in our history, starting with the assassination of the Rightly Guided Caliph Umar Ibn Al-Khattab, may Allah be pleased with him, and the ignition of revolutions against the Umayyads, and ending with the collapse of the Abbasid state by the Mongols after the betrayals committed by Nasir Al-Din Al-Tusi and others. In the modern era, the Safavids welcomed the Portuguese colonialism, and later the Dutch, in order to fight the Arabs and invade their countries. When the British came, the Iranians were among the sincerest supporters of their colonialism. They found in the Persian spirit what they wanted to achieve their expansionist goals in the Arab region.

The Magians are still cooperating with the West against the Arabs and Islam, as their ancestors did before. They follow the same approach in terms of methods of lying, slander, and distortion of Islam, which was revealed to the Prophet Muhammad, may Allah bless him and grant him peace. At that time, the first Islamic society was formed, which was an ideal society in the history of the world. In that society, the generation of the Companions and their Successors succeeded in spreading Islam in the world with wisdom, exhortation and good role model.

The hidden Iranian hatred, which claimed Islam, prompted the mullahs of Iran, who hate everything that is Arab and Islamic, to pay fifteen million dollars to produce a movie entitled “The Lady of Heaven” in 2021. The stars and actors of this movie are English and it was prepared by “Enlightened Kingdom”, one of the largest English cinematic companies. The aim of the movie is to offend true Islam and highlight the false and distorted Islam from centuries ago by the Magians with the intent of distorting the House of Prophethood, the Wives of the prophet and the Companions, may Allah be pleased with them all, with ugly, unreal descriptions that we cannot mention. All of this is done by showing them falsely in bad situations and ugly shapes. Through this, Iran aims to spread a falsely and fabricated ideology to demonize the Wives of the prophet and the Companions, describing them as traitors, and thus showing to the West a bleak image of the Islam and the Arabs.

The Republic of Iran funded the movie of (The Lady of Heaven) with 15 million US dollars, with the aim of distorting the global stereotype image of the Arabs and Islam.

This savage campaign was led by the mullahs at a time when Iranian society is in a state of moral, social and economic collapse due to widespread poverty, drugs and insecurity. Millions of dollars are spent to spread hateful sectarianism against the Arabs. This movie coincides with the campaigns of the Persians against everything that is Arab.