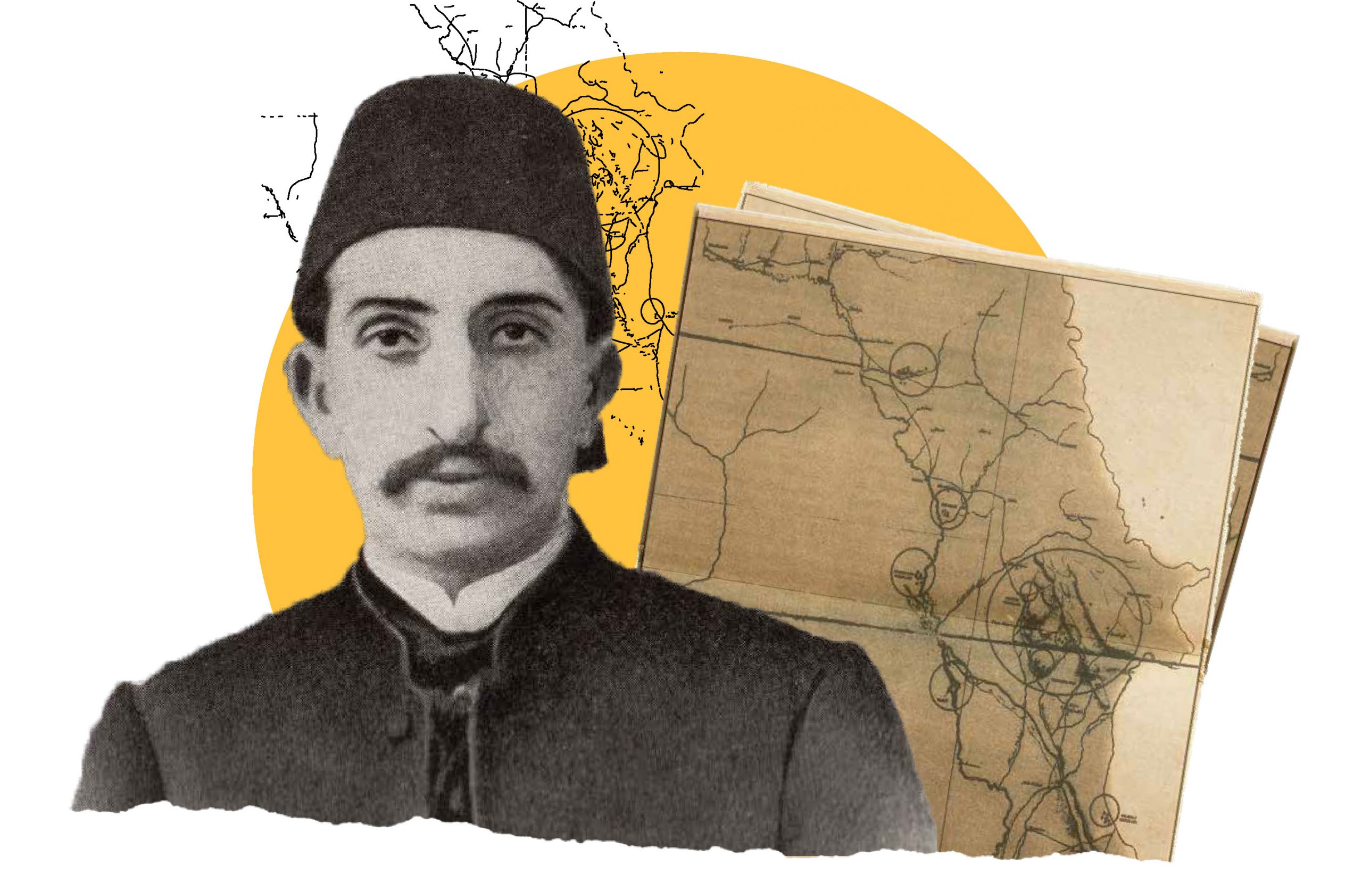 After he had forged documents and changed maps

As an extension of the Ottomans’ policy of draining the Arab world and its wealth; When oil was discovered at the end of the nineteenth century, Abdul Hamid II was interested in determining oil reserves in the Arab lands he colonized. The focus was on Iraq, specifically Baghdad and Mosul. At a time when the treasury of the Ottoman Empire was suffering from a severe deterioration, and political pressures as a result of the deterioration of the Ottoman regime; Abdul Hamid aspired to try to take advantage of the economic opportunity in Iraqi oil, by bringing in a number of foreign engineers specializing in oil. He took care of their salaries and work expenses from his own money, which he used to deduct from the state treasury and transfer it to his foreign accounts in Germany. He tried to control the oil fields after determining them, and considering them his personal property, in order to end the chances of any local competition in Iraq over the oil fields. He also wanted to prevent foreign companies from reaching them before him, so Abdul Hamid directed his employees to tighten control over resources such as mines, ports and railways.

He brought in engineers with his own money and tried to own the oil wells.

In 1901, Paul Graskov and Habib Najib Effendi were commissioned directly by Abdul Hamid to discover and control the fields. Realistically, oil exploration began in 1885. At that time, the Ottoman engineer Aref Pasha presented a preliminary report on the fields expected to be discovered in Iraq; in Baghdad and Mosul, and identified them on the map prepared specifically for that, and the report included an indication of the locations of sulfur, dyes and salts with the oil fields. The report confirmed the abundance of oil in the region, which prompted Abdul Hamid to issue a decision to include exploration and operation concessions for oil in Mosul to his personal account.

Abdul Hamid was also forced to buy all the lands in which he discovered oil from his personal accounts, and he invited foreign experts in oil and mining to carry out exploration operations. The French expert Émile Jacraz was one of those who agreed to come and was appointed as chief engineer. At that time, the Iraqi fields were not included in Abdul Hamid’s properties. Jacraz submitted a report on oil in Baghdad, and he also conducted studies on oil in Mosul and Kirkuk. In 1895, Jacraz had finished his final conception of Iraqi oil, made recommendations about the rich oil sites and how to deal with them in an optimal manner, as well as an overview of the expected costs of investing in oil extraction, and the factories that could be established for that. It was stated in Jacraz’s report and his recommendations that the exploration concessions in Baghdad belong to the treasury of Abdul Hamid II, and accordingly work began in this light in Baghdad and Mosul.

After Jacraz, the German engineer Graskov came in 1900 to employ his experience in exploration and mining, and he received a high salary by the standards of the time. This was during the period when the Ottoman-German rapprochement increased. Graskov worked on his exploration mission by examining the oil fields in Baghdad and Mosul. He made oil inspections with the Ottoman engineer Habib Najib Effendi, especially in the locations where it was difficult to work according to the expectations. They prepared a joint report stating that the fields in Baghdad and Mosul enjoy very high oil abundance, and they extracted a number of samples that they sent for examination in Istanbul, which were proved as being rich in crude oil materials, which are among the most suitable types of oil suitable for operation. At the end of 1901, Graskov presented a report that included an updated map of the locations of the expected oil wells in Iraq. He indicated in his report that what is expected to be extracted from crude oil will be very attractive from the material side, considering that it is one of the most oil-producing resources in the world.

The maps provided by Graskov were published in a number of rare ways and means, but these maps were tampered with by Abdul Hamid, so that the original maps were his. The unreal locations of the oil wells in Iraq have been indicated by Abdul Hamid to obscure the fields for his personal benefit. It has been indicated that these sites are Iraqi villages, and in fact they are the well sites, which amounted to about 65 sites.

He marked 65 oil wells as villages on the Iraqi map.

1) Muhammad Hadid, My diaries: The Struggle for Democracy in Iraq (Beirut: Dar Al-Saqi, 2005).