As a repetition of the historical lesson The founder, King Abdulaziz, establishes the national concept that the Ottomans never understood 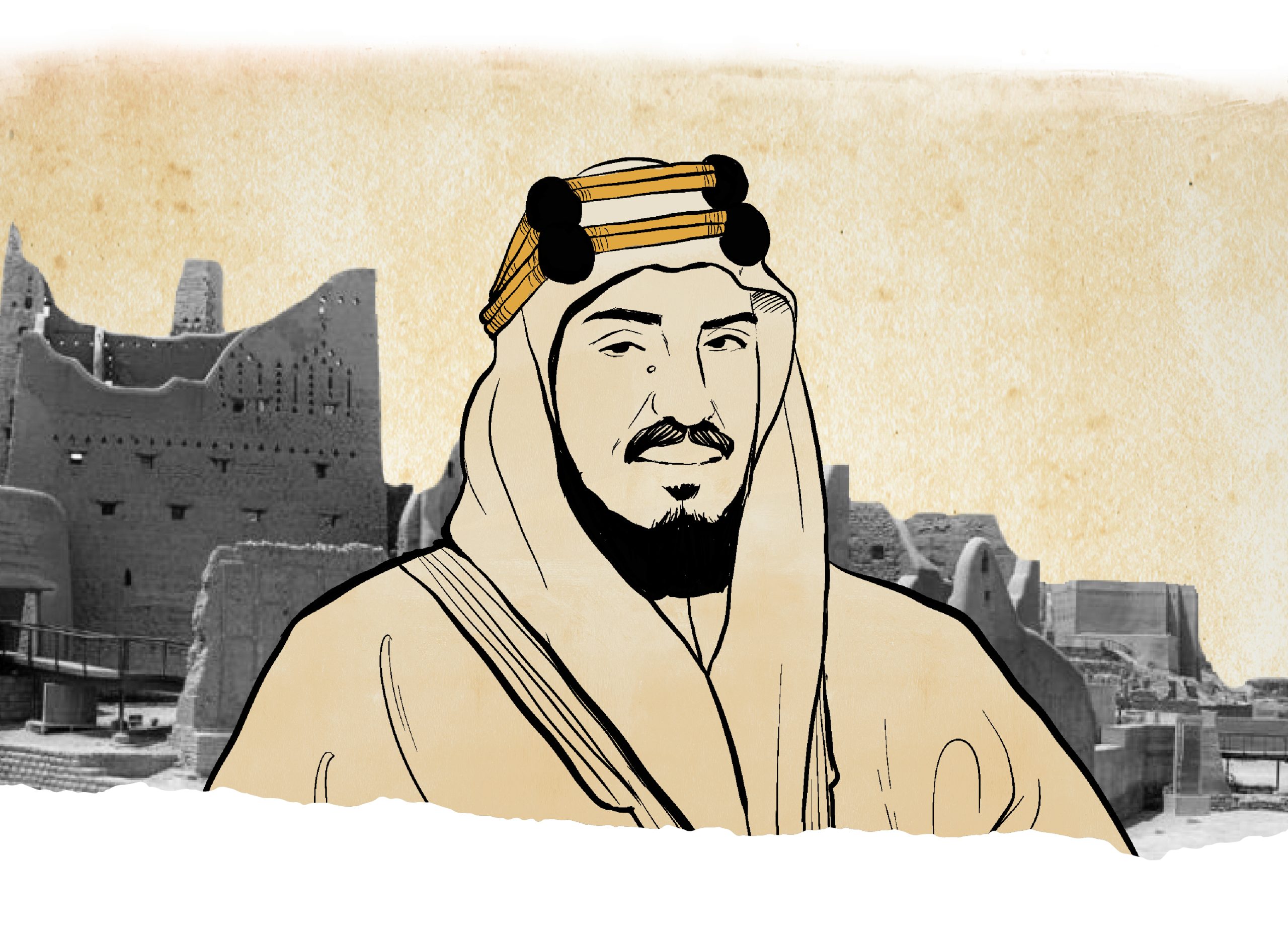 As a repetition of the historical lesson

The founder, King Abdulaziz, establishes the national concept that the Ottomans never understood

The Ottomans, with the help of their allies in the Arabian Peninsula, were able to overthrow the second Saudi state. However, what was difficult for the Ottoman Turks was that they did not comprehend the historical lesson and benefit from it, as the political collapse does not mean a long-term collapse. When the first Saudi state was established and then the second politically, it was originally established in the hearts of the Saudi people, and loyalty to the Al Saud family continued in the hearts of all people and in the Arabian Peninsula.

The year in which King Abdulaziz returned to retrieve Riyadh (1901) was a year for the launch of the greatest Saudi national epic to build a great homeland represented in the Kingdom of Saudi Arabia. King Abdul-Aziz recovered Riyadh, convinced that it was the first building block from which he would proceed to the rest of his Saudi borders. Therefore, by 1903, he had recovered Al-Washm and Sudair and had set out in many directions from Riyadh to the rest of the country.

1904 was a significant year in the history of the Kingdom of Saudi Arabia. That was the year in which King Abdulaziz headed for Al-Qassim, the region that had a strategic impact on the balance of power between him, his opponents and the Ottoman Empire, where he recaptured Unayzah, Buraidah and the rest of the towns of Al-Qassim. That matter confused the Ottoman Empire, those who supported their ally Abdulaziz bin Rasheed in Ha’il, as the Saudi forces became close to them to recover what was left of the homeland in the north.

The Ottomans were determined to stop the victories of King Abdulaziz and his expansion in the Arabian Peninsula, so they sent eight battalions of regular soldiers. A part of them came from Medina under the leadership of Sedki Pasha, and another part came from Baghdad under the leadership of Faydi Pasha in order to support their local allies and confront the Saudis in Al-Qassim.

The first confrontation between King Abdulaziz and the Ottoman forces with their local allies took place in Al-Bukairyah. The confrontations continued for a long period, during which the Saudis, led by King Abdulaziz, were able to give the Turks and their allies a harsh and unforgettable lesson. Philby describes the enormity of the matter saying: “It is hard to believe how an entire Turkish force of eight battalions was defeated in the battle”. What explains Philby’s astonishment is that the Saudis were not submissive to logical data on the battlefield, as the same thing was repeated in several battles in the era of the first and second Saudi states, and here it is repeated with King Abdulaziz.

King Abdulaziz rejected the defeatist offer made by the Ottomans after the battle of Al-Shanana.

The Saudis are fighting the Ottoman enemy in all their military confrontations throughout history with an important psychological factor, which is that they are fighting in defense of their land, honor and faith. This was repeated in the war of King Abdulaziz and his army in Al-Bukairyah. Also, King Abdulaziz was believing and seeing the image of his great homeland, which he sought to establish, so the greatest Ottoman military force or others could not have stopped him.

Therefore, King Abdul Aziz was not satisfied with his victory in al-Bukairyah. He went after the remnants of the Ottoman Turks and their local allies through Khobar and Al-Rass until the Battle of Al-Shanana occurred in September 1904, in which he defeated the Turks and their allies again.

With the defeat of the Ottomans in Al-Shanana, the Ottoman Empire realized the growing power of King Abdulaziz in the region, so it resorted to the negotiation with him. The Ottomans suggested making the Al-Qassim a neutral area, provided that an Ottoman garrison would be settled in it and that King Abdulaziz would be their loyal ruler there. However, King Abdulaziz did not accept such an offer as he was the victor, did not care about the negotiations of the enemy and refused to submit to the Turks. He continued his policy of purging the homeland of the Ottomans on his way to unifying the entire borders of the homeland.

King Abdulaziz was thinking beyond what the Ottomans thought. The founder seeks to establish a homeland and the Ottomans seek to achieve gains. The difference between the two goals is huge. The attempts of the Turks and their allies were much less than the ambitions of the founder, so they could not deter the country led by King Abdulaziz, despite their forces and attempts.