As the Mongols did, they killed the people and executed their prince… With a fatwa from the pirates’ jurists, the Ottoman massacre against the people of Tenes occurred 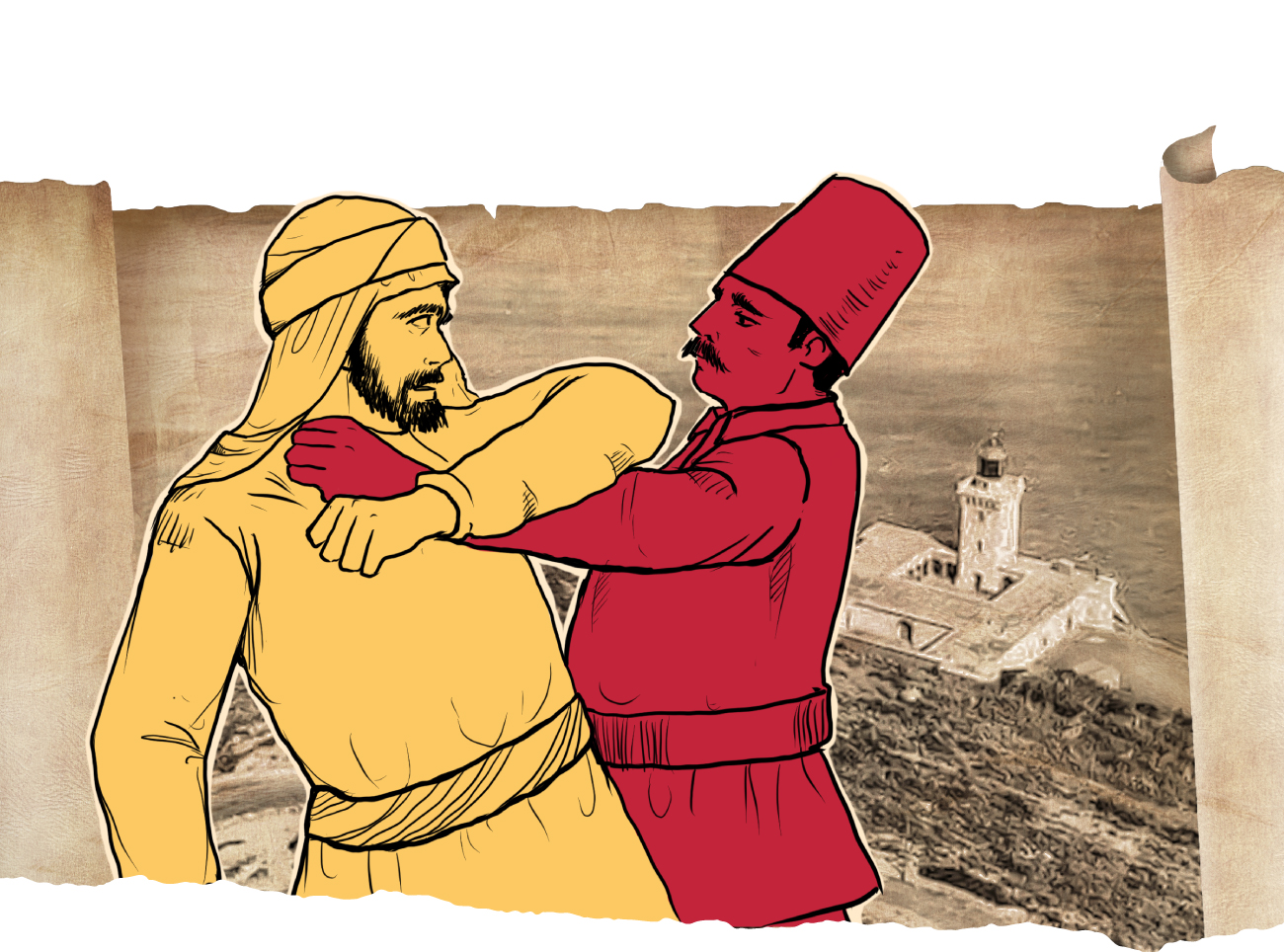 As the Mongols did, they killed the people and executed their prince

With a fatwa from the pirates’ jurists, the Ottoman massacre against the people of Tenes occurred

The people of Algeria were killed twice, once when they realized that there was someone on that land that could take the true Islamic religion as a cover for the most heinous human crimes, and the other when they found the arrows of the Ottomans penetrating into their hearts, indifferent to the thousands of tongues that repeated the testimony of faith before the soul left them.

This shock was because the Algerians, who welcomed the Turkish pirates in the port of the city, did not expect that they were heading to the worst historical era for the region. They did not expect that what they suffered from Spanish colonialism was insignificant compared to the bloody brothers Aruj and Khair Al-Din Barbarossa, who considered the sword the only way to subjugate the population of the region and to establish a state in western Algeria.

If the people of Tenes were so shocked by their misfortune, what Aruj did was not an exception in view of the massacres that took place to subjugate the city of Algiers. He wasted the blood of the Algerians and did not respect even the mosques when he entered upon the worshipers and slaughtered them in a chilling and astonishingly horrible scene.

Before talking about the massacres that are similar to what extremists have been doing in recent years, we must make it clear that from a geostrategic point of view, there were a number of elements in Tenes that made its subjection a fateful bet for pirates, Aruj and Khair Al-Din. This was expressed by the latter in his memoirs, saying: “My invading brother, Aruj, wanted to annex this town to his areas of influence”. This recognition confirms the colonial intentions of Aruj Barbarossa, despite the attempt to adapt these ambitions under the justifications of jihad and liberate the city from the oppression of the Spaniards, whose king sent “ten warships, pretending to protect the Prince of Tenes, but his real intention was to attack the Muslims”.

By extrapolating the data provided by a set of historical evidence, it turns out that Aruj wanted to humiliate the prince of Tenes, Hamid Al-Abdi, who was resorted to by the residents of the region to rid them of the oppression of the Turkish invaders. It seems that the strength of the Prince of Tenes and its distinguished geographical location made it an existential target for the colonial projects of the Turks. This trend is in line with what the Spanish historian, Diego Haido, to whom most researchers refer in this period of North African history, said in his book “History of the Kings of Algeria”: “At this moment, the king (meaning the king of Tenes) was strong and the Arabs trusted him greatly, begging him at every moment to help them get rid of the Turks and their unbearable and prolonged misfortunes, this prince named Hamid Al-Abdi”.

The distinguished geographical location of the city of Tenes was what made it an existential target for the projects of the Ottoman occupation in the Maghreb.

As usual, the Ottoman criminals, Aruj and Khair Al-Din Barbarossa’s vision of the behavioral structure of the population of the region, as well as the position and power of the Prince of Tenes, prompted them to search for a legitimate justification to fight him and seize his power. They received advice from some of the “pirates’ jurists” to resort to the text in order to accuse the prince of infidelity as a cause to march and seize the Emirate of Tenes and annex it to the empire of the “Sultan of Boats”.

As we have previously talked about this tactic, the accusation was ready and was only lacking in the blessing of some of the “jurists” who were asked to issue a legal fatwa in public and under the threat of his sword, as if he were saying: “Either the Prince of Tenes is killed or you”. Regarding the premises of this massacre, Khair Al-Din Barbarossa says: “Aruj gathered the scholars of Algeria and asked them for a fatwa: What is the legal ruling towards those made peace with the Spanish infidels and pledged allegiance to the King of Spain, who marched to kill our brothers in religion, refused advice and disobeyed? The answer of the scholars was that killing him is obligatory, his blood is wasted and his money is permissible. They wrote this fatwa and handed it to my brother Aruj”.

As the Mongols did, Aruj promised the people of Tenes safety, and they arrested their prince and handed him over to him. He accepted their apology because he was “soft-hearted” as described by his brother Khair Al-Din. As soon as the Prince of Tenes was executed, Aruj broke his covenant, like all criminals, and addressed the group who handed the Prince of Tenes to him, saying: “You should have tied up this damned and sent him to me when he came to you, and what you did after you saw me does not absolve you of responsibility. Did you not pledge allegiance to me as a ruler over you? How did you betray your oaths? Then he ordered their necks to be cut off as well”.