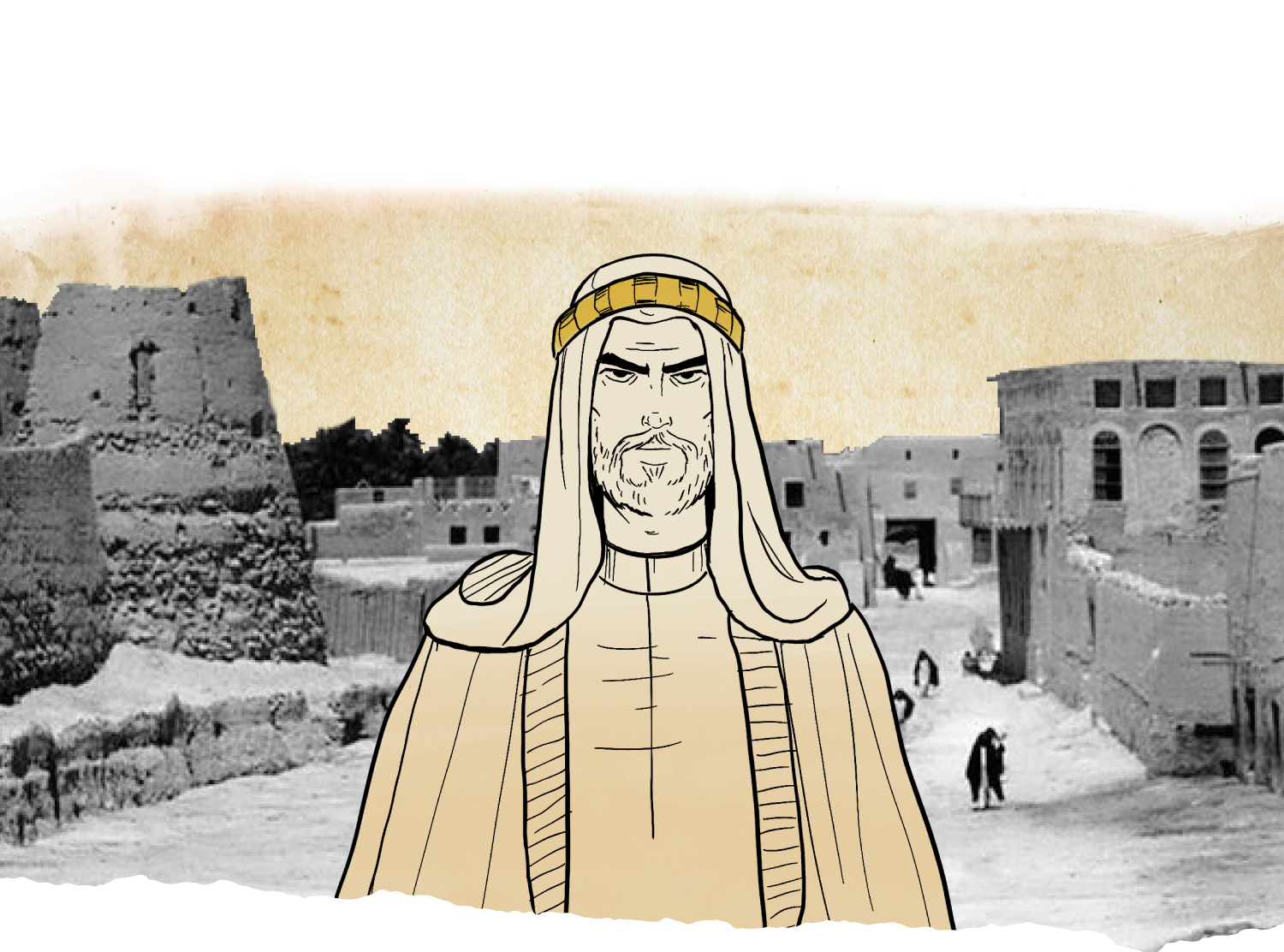 The second Saudi state has been such a source of provocation to the Ottoman Empire, that has sought to include the borders of the Saudis in their lands, while keeping self- government to the Saudis, under the political sovereignty of the Sublime Porte. Therefore, the Ottoman Sultan has attempted to use all the possible ways to control the Arabian Peninsula, and to stand against the establishment of the Saudi state, that would, immediately, retrieve the Two holy Mosques, and, hence, depriving the Ottoman Sultan from the only reason that should make him the legitimate ruler that has the right to control their land.

In practical application of their tactic, the Ottomans have attempted to intervene in the internal affairs of the Arabian Peninsula, hoping to divide them, and deepen the segregating policy so as to ensure their subordination.

Further, Medhat Pasha’s campaign on Al-Ahsa has been carried out, initiatives to unite and reform relationships have been undertaken, and the slogans such as “Islamic Caliphate” and “Islamic Unity,” have been chanted. Yet, this, only, confirms the real goal of the campaign, that is, Medhat Pasha’s desire to extend the Ottoman Empire’s control over the Persian Gulf. Therefore, the subjugation of Al-Ahsa is seen to be an important strategy to expand in the Arab Gulf regions, for its economic position, that attracts the ambitions of many colonial powers.

The Ottomans have looked for a way to impose their control on the Persian Gulf to participate in the colonial rivalry.

Further on the campaign point, Medhat Pasha’s campaign, in 1871, has two strategic goals: the first one is to extend the Ottomans’ power to the Persian Gulf to compete with the colonial powers over the economic resources. The second one is to benefit from Al Qatif, and Al-Ahsa, which are rich of in- kind and financial resources. And, here, we provide Medhat Pasha’s letter to the Sublime Porte over the reasons behind the campaign,” we must, by any means, benefit from Al Qatif, and Al-Ahsa, financially, as the amount of the imports reaches two hundred thousand Saudi Riyals.”

The Saudis unravel the intentions of the Ottomans, that is, to control Al-Ahsa. For further explanation, Medhat Pasha confirms this in his memoir, where he said that Imam Abdullah bin Faisal, despite the temptation, has not accepted the actual subordination to the Ottomans. He, only, accepts to repeat the history of his fathers and grandfathers in establishing a free homeland, with no superior, higher power supervising him. Therefore, Medhat says, regarding Imam Abdullah’s policy,” he aims for independence and turning back Ottoman government employees,” that is to say, expel them from their borders.

Decades of (Saudi-Ottoman) conflict has made Imams of the Saudi state convinced that the Turk’s interferance in their internal affairs, or supporting a tribe over the other could not have innocent intentions, but rather, its goal has been to find an outlet for subjugating Saudi Arabia to their authority. This is what Imam Abdullah bin Faisal noticed; thus, he has reused to submit to the rule of the Ottomans. His refusal has been, clearly, mentioned in ‎Medhat Pasha’s memoirs, as he mentions that he,” has sent to Abdullah Al-Faisal letters and messengers, but he has not answer;” therefore, Medhat Pasha attempts to impose his power on Al-Ahsa by appointing Commander Nafez Pasha to rule over it, and to be a real enemy near the capital of the Saudis.

The Ottomans spread a rumor that Medhat Pasha’s campaign on Al-Ahsa has been a campaign to reconcile with the Saudis, and to impose a close power to control them. However, that has been, strictly, rejected for decades, and, clearly, expressed. To explain, Imams of Saudi states have, already, expressed this, a century ago, insisting on independence and non-subjugation from any foreign authority, Ottoman or not.

According to the events that followed Medhat Pasha’s campaign against Al-Ahsa, we note that the Ottomans have been evasive: first of all, have had a malicious tactic through trying to cover their colonial intentions with appeasing ones, second of all, have tried to dilute the issues, third of all, have attempted to emphasize that the lands of the Saudis should be subjected to them. However, Imam Abdullah bin Faisal would not accept any kind of submission or concession to the Ottomans, so he has cautious about them and their policy, hence, they have become forced to reveal their truth that they are no different from any foreign occupier, that to impose his influence and control over a land that despises them.

Although the Ottomans have occupied Al-Ahsa, in (1871), the occupier’s stay has not been a comfortable one, as their garrisons, there, have remained in constant anxiety. This is expressed by the people of Al-Ahsa in many of the events, and confrontations that have taken place, and have been recorded by history. They have been the people who forced the Turkish occupier to hide in forts and behind walls until their evacuation of Al-Ahsa by the late founder King Abdulaziz bin Abdul Rahman in the year 1913.