Having the Sultans believed in their governors’ failure in Iraq and the Levant Why did Muhammad Ali respond to the Ottomans call, to overthrow the first Saudi state? 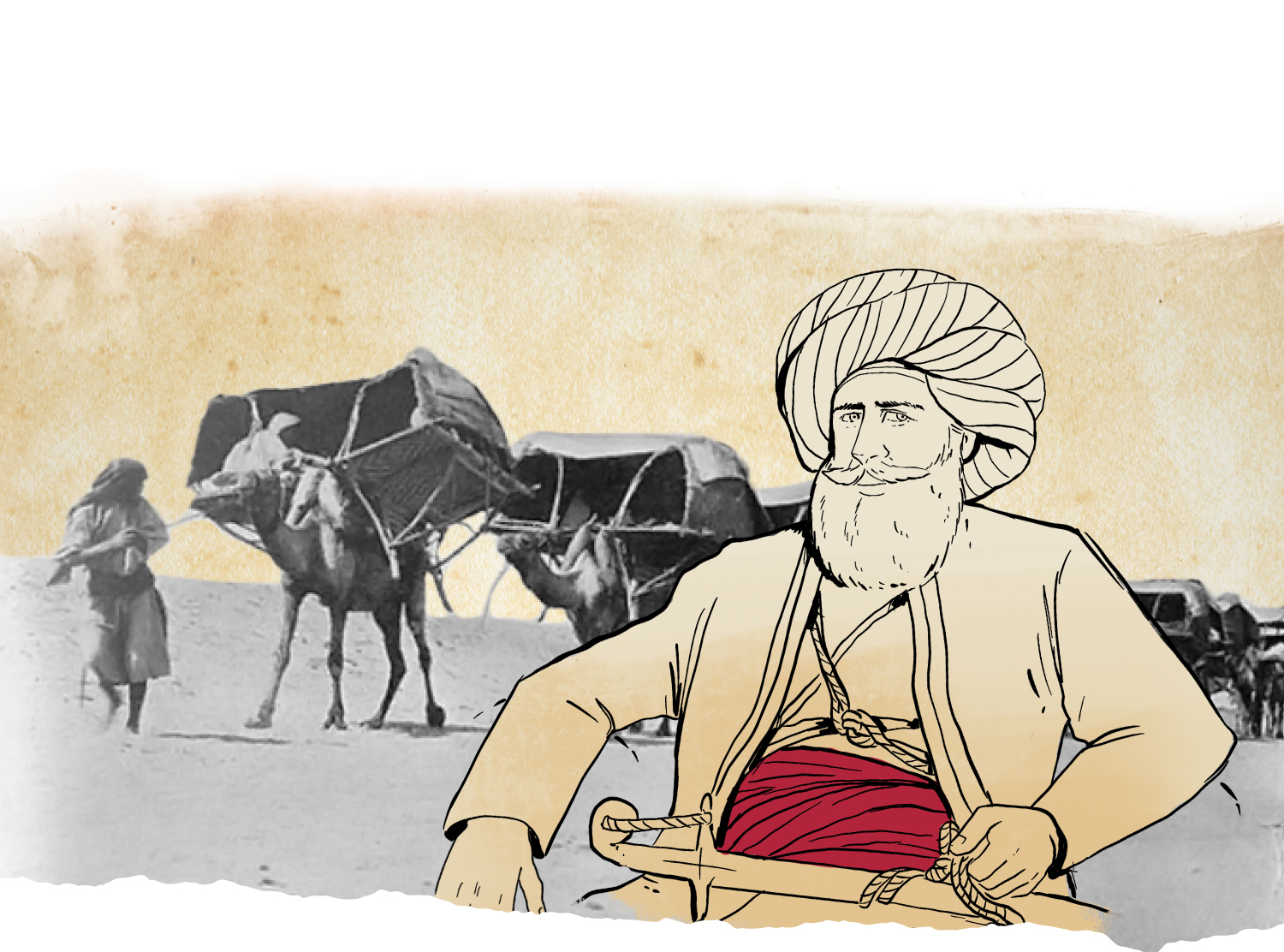 Why did Muhammad Ali respond to the Ottomans call, to overthrow the first Saudi state?

The expansion of the first Saudi state outside the borders of the Arabian Peninsula in the Arab world, was for spreading the reform for which it was established and in order to unite the people away from Turkish colonialism.

After the clash between the first Saudi state and the Ottoman Empire, especially with the governor of Baghdad; there was the great clash after the Saudis recovered Hijaz; This caused a backlash in Istanbul, especially with the disruption of the Syrian pilgrimage convoy, which is the main convoy as it starts from Istanbul and crosses Syria under the supervision and protection of the Ottoman governor of Damascus.

Researchers wonder about the inability of the governor of Damascus to confront the Saudis after they managed to recapture Hijaz, and to engage with them in a real confrontation in order to conduct the official pilgrimage that was under his leadership?

The English historian, Henry Dodwell, in his book “The political Union of Egypt in the era of Muhammad Ali, the Founder of Modern Egypt,” sheds some light on this important and exciting point about the inability of the Ottoman Empire through the governor of Damascus to address this matter, which it considered a real challenge to its position in the Islamic world; he refers to the failure of the governor of Damascus in this matter for a financial goal, as it is customary to allocate al-Miri’s money from lands in Damascus and Tripoli of the Levant to do what is necessary to send the Levantine pilgrimage to Makkah and spend on its protection, as well as the necessary supplies and provisions. Accordingly, the governor of Damascus was negligent in implementing his orders to conduct and protect the pilgrimage convoy, and to confront the Saudis. Dodwell believes that the governor of Damascus has coveted the money, and he thought that he could seize the money on the pretext that the caravan has been prevented from entering Hijaz.

Dodwell points out another significant issue, that no effort was made by the governor of Damascus to confront the Saudis, and this explains why he was dismissed by the Ottomans from the mandate of Damascus and the assignment of others.

What Dodwell referred to was not only a case of King Yusuf Pasha, as this applies to many Ottoman governors in the Arab world throughout history. The governors take the matter as a fiefdom to add to their wealth, by plundering the Arab wealth in the state in which they are appointed, and then the issue of the first Saudi state that worried the sultans of the Ottoman Empire was not of significant to the governors who see the affairs of state beyond their monies.

It was not limited to the governor of Damascus only; In another important phrase, Dodwell refers to the negligence of the Ottoman governors in confrontation of this matter despite its importance: ” For many years, the Sultan had issued orders to the governors of Damascus and Baghdad, which they did not pay attention to”; one of the most important orders that the governors slackened, was related to the issue of the first Saudi state, which the Ottomans believed that it had insulted them.

The Ottoman Sultan ordered the intervention of the governor of Egypt, Muhammad Ali Pasha, to address this matter; some believe that the Sultan went to Muhammad Ali as he was at the beginning of his tenure, and he could not refuse the Sultan’s orders. Another thing, which is hitting two birds with one stone, as Muhammad Ali’s confrontation with the Saudis will not only give the Sultan the opportunity to restore Hijaz, but also exhaust Muhammad Ali and squander his resources and eliminate the bulk of his soldiers in battles that he believes will be ferocious, from which the Sultan aspired after that to eliminate Muhammad Ali.

Certainly, the intentions of the Ottoman Sultan to make those whom he considers as his enemies to clash with each other, is unquestionable, just as Muhammad Ali could not but submit to the orders of the Sultan and prepare a campaign from his state led by his son Tosun; this campaign that faced problems from its beginning, and then led by the second son of Muhammad Ali Ibrahim Pasha.

The American researcher Fred Lawson tries to provide other explanations for Muhammad Ali’s acceptance of the Sultan’s orders and the preparation of a military campaign against the first Saudi state. He bases his analysis on an Egyptian local context, while not rejecting the Ottoman framework and the Sultan’s previously mentioned desires. Lawson believes that it must be taken into consideration that Muhammad Ali intended to accept the campaign not only to obey the orders of the Sultan, but also to deport some of his rioting soldiers against him to the Arabian Peninsula in a war that is expected to be excruciating, and the success of Muhammad Ali would make him famous among the Ottomans.

The Ottomans targeted Muhammad Ali by having him in stand-off with the Saudis to exhaust both parties, and devote themselves to whoever lasts.

Lawson not only provided these explanations, but also an economic analysis, according to some historians; as he believes that Muhammad Ali’s acceptance of sending the campaign to the Arabian Peninsula was also for economic reasons, which is to restore commercial activity across the Red Sea, an activity that is of great importance to the economy in his state, and the transit trade between East and West, which Egypt was the most important station, and the Saudis’ recovery of Hijaz means weakening trade in his state and its economic interests.

There were multiple reasons behind the request of the Ottoman Sultan from his governor of Egypt, Muhammad Ali, to send a campaign to eliminate the Saudi state, foremost of which is the desire of the Ottoman Sultan, and to preserve his position that the Saudis have shaken in the Islamic world, given the importance of Hajj convoys, not to forget the negligence of the governor of Baghdad and the governor of Damascus in confronting the Saudis, in addition to the Ottoman Sultan’s desire to dissipate Muhammad Ali’s forces in a fierce war, due to his fear of him. We cannot separate the local Egyptian factors from Muhammad Ali’s desire to get rid of some of his troubled soldiers by sending them in a war away from Egypt, but the economic dimension is no less important than the previous reasons, which is Muhammad Ali’s desire to assert Egypt’s control over the international trade route of the Red Sea.

The Ottoman governor in Egypt moved against the Saudi state for economic reasons and to extend his influence in the Arabian Peninsula.