He didn’t pay attention to Fakhri’s letters… He expressed his dissatisfaction with his crimes The founder revealed the policy of the Ottomans, which, always, took advantage of the conflict of local powers during the First World War 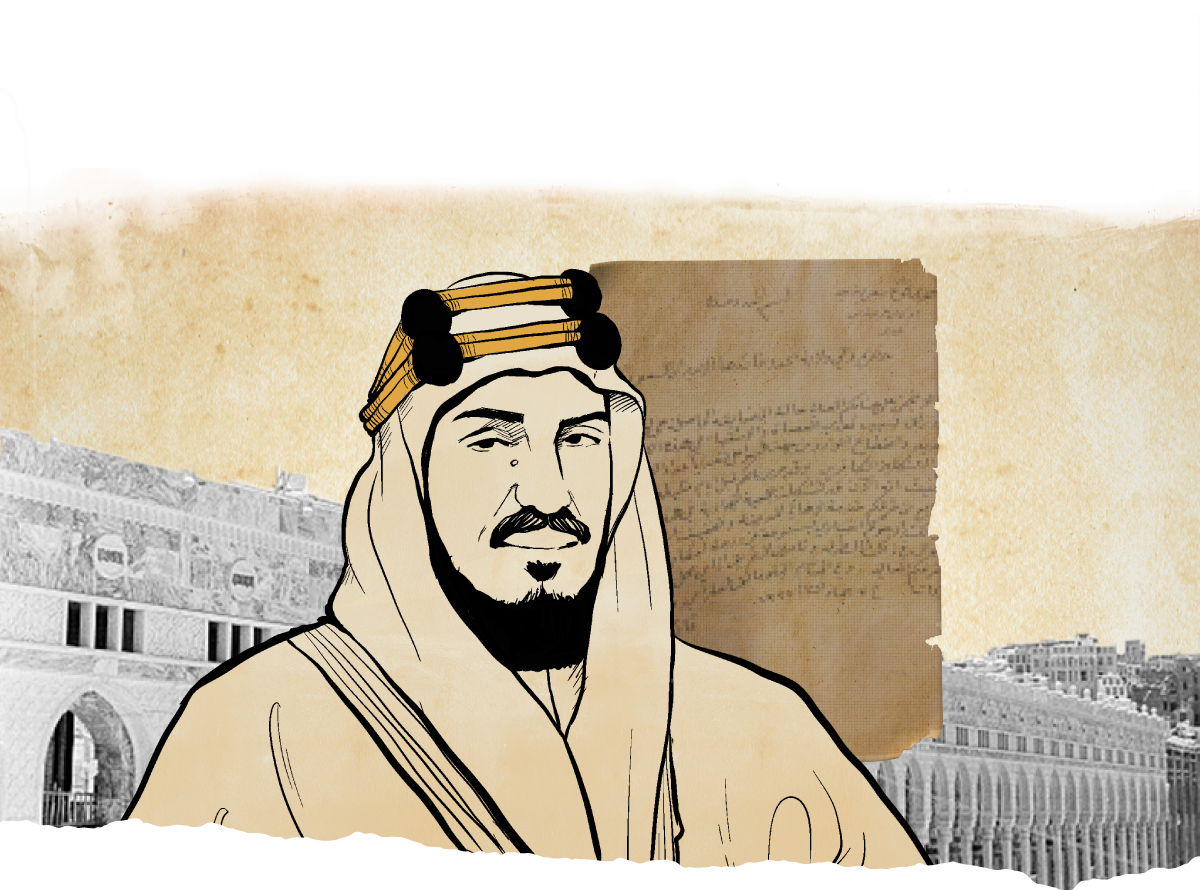 He didn't pay attention to Fakhri's letters... He expressed his dissatisfaction with his crimes

The founder revealed the policy of the Ottomans, which, always, took advantage of the conflict of local powers during the First World War

The Ottoman Empire entered the war, allied with Germany against England and France, and as a result, the conflict and confrontation moved to the Arab region. This is because of the international competition over the region, and the feeling of the impending demise of the Ottoman Empire, increasing greed over its legacy.

The founder, King Abdulaziz bin Abdulrahman Al Saud, found himself in a critical decision-making position. International powers are expanding nearby, including the Ottoman Empire, and accordingly, any side he will take in the war, will, inevitably, affect the position of his borders and his state, which was in the stage of national unification of the Arabian Peninsula, especially since Britain is close to the Saudi borders with its control over some of the Arabian Gulf countries. Therefore, King Abdulaziz adhered to the policy of neutrality, and not to, directly, risk war with any of the warring parties.

The position taken by the founder is difficult for others to implement even if they wanted to remain neutral. This is especially since the warring parties were seeking to attract the political forces close to them with continuous pressure, but King Abdulaziz (may he rest in peace) was an exceptional man ‎in an exceptional time. He was able to lead, and at the same time, he was able to complete the unification of the country, and protected its borders with a policy of preventing the interventions of the conflicting international parties during the First World War (1914-1918). In addition, he purified his land from the Ottoman Empire, one of the parties of the war. And, hence, he liberated the land while other nearby lands were colonized.

The Government of Union and Progress in the Ottoman Empire was seeking to tighten its grip on the Arab lands, to preserve its colonization, especially in the Arabian Peninsula, which represented its political propaganda, that is, the Two Holy Mosques, to support their position in the Islamic world, and to cut off the Red Sea Road in face of Britain. It was an important road leading to India, the jewel of the British crown. From here, the Ottoman Empire sent a Turkish military campaign to Sinai in order to reach the Suez Canal to occupy it and cut off the sea routes to England. On the other hand, they appointed one of the most important and fiercest military leaders “Fakhri Pasha” over Medina. And he is to become the one responsible for the extension of Ottoman influence in the Arabian Peninsula.

Letters, between Fakhri Pasha and King Abdulaziz, were sent in order to get King Abdulaziz enter in the ongoing war, but the founder maintained his neutrality and did not want to bring his country into the midst of the ongoing war. On the other hand, the founder does not trust the men of union and progress, nor does he trust their Ottoman Turkish state, of which the Arabs only remember them oppressing, and draining Arab capabilities. The founder was well aware, at the time, that the Ottomans, while trying to drag him into their losing war, were supporting his opponents in the Arabian Peninsula. They incited against him, to weaken him, on the one hand, and to push him to request their intervention, and on the other hand. Therefore, King Abdulaziz did not respond to the Ottoman correspondence, nor to its pressure through supporting his opponents.

King Abdulaziz was more strategically aware of ‎the political balance than the Turkish state, which has lasted for six centuries, inflicting oppression and colonialism.

When the noose was narrowed on Fakhri Pasha in Medina, he asked for help from King Abdulaziz, but the founder remained neutral due to his full awareness of the Ottoman policy, that is, to take advantage of the conflict of local forces. He asked for help after the blows they received from King Abdulaziz in Najd and Al-Ahsa. Besides, the founder was, also, preoccupied with several fronts during the unification stage, and was working on an international level and change that should affect the region. Otherwise, Fakhri Pasha, due to what he did in Medina, could not be accepted by the Saudis. So, if Fakhri were to stay longer, the Saudi force would have uprooted him, as it did with all those who tried to encroach on the borders of the homeland. King Abdulaziz was also upset and angry about the crimes of Fakhri Pasha in Medina.

According to historical sources, King Abdulaziz was familiar with the goals of Fakhri and his government, so he avoided responding to his messages because the founder’s next goal was to recover Hijaz as part of the unification of the Saudi land. That was not far from the end of the First World War in 1918. The Ottoman garrison in Medina surrendered and later abandoned it, hence, the Prophet’s city was restored to its Saudi homeland in the year (1925).