He grabbed the land from its owners and sold the positions to thieves The crimes of Osman Pasha, the greatest Ottoman tyrant in Libya 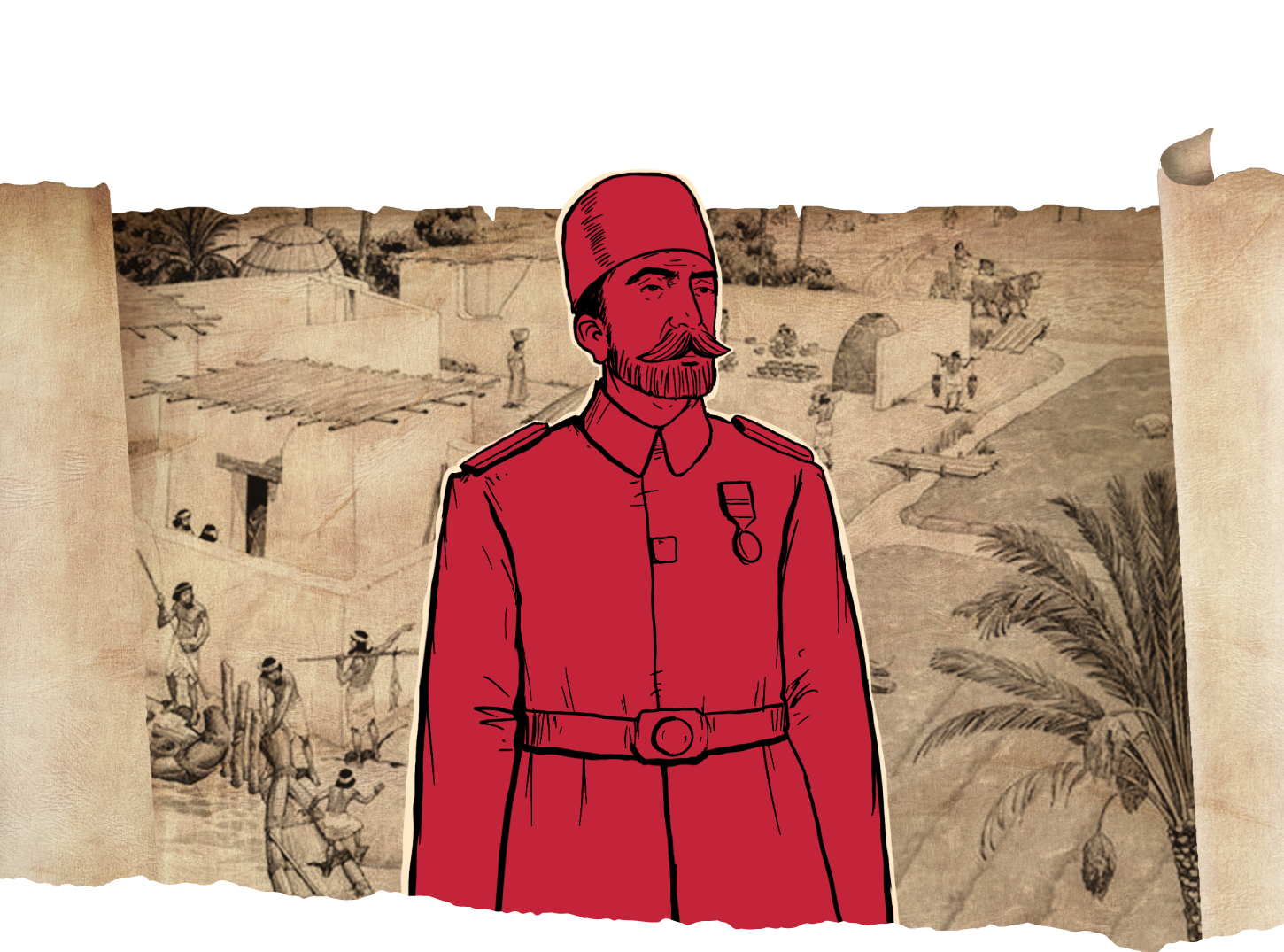 The crimes of Osman Pasha, the greatest Ottoman tyrant in Libya

Although tyrants are not very different from each other, starting from the lowly origin and the abnormal soul, to the thirst for blood and the killing of the weak, some tyrants were unique with more base and despicable qualities, so they managed to reach the height of tyranny and their name is always associated with everything that is black in history.

When the Turks occupied the west Tripoli since 1551, after the Turkish fleet in the Mediterranean was strengthened, they were taken over by Murad Agha, who was born in Italy. He was taken captive as a child by Turkish pirates. He was sold in Istanbul for sixty liras to one of the slavers, who took over his education and then gifted him to one of the concubines of Sultan Selim I, and she castrated him to remain in the Harem Palace until he was promoted and graded in the palace.

Al-Saqzli's brutality against the Arabs led to many revolutions against his brutal massacres.

After that, fate drove him to Libya, so the Sultan appointed him as a governor for life on Libya. He was succeeded by seven Turkish governors and the eighth was the governor Osman Pasha Al-Saqzli (1649-1672), who was one of the greatest Turkish tyrants ​who ruled the west Tripoli. He was an unjust tyrant, and the revolutions of Arab leaders against him were many because of his oppression. He was treacherous and did not fulfill a covenant. He was also cruel and did not show mercy to anyone. He found his comfort in killing the innocent and harassing the oppressed, just as the believer finds his comfort in obeying Allah. He is the one who built the well-known Othman Pasha school in Tripoli, where he did so from the money of its people unjustly and aggressively. What the Turks were famous for in that era, whether in the west Tripoli, Egypt and elsewhere, was that they were unjustly collecting people’s money and building schools and mosques. One of the historians described him by saying: “He was a money collector in every possible way, and he continued to do so”.

He was kind to those whom the Sultan sent to him and he gave them many gifts with the aim of obtaining the Sultan’s support by keeping him the governor of Tripoli. The Sultan’s support made him more domineering and tyrannical over people’s necks and their livelihoods. ​The more he gained control over the country, the more he oppressed the people. Among his atrocities was that he burdened the people with new taxes instead of the taxes that he abolished at the beginning of his reign. He also prevented merchants traveling to the land of Fezzan from trading in copper, beads and paper and ordered that the others shouldn’t trade in them! ​Rather, he prevented people from buying the important commodities arriving from the sea side, and he assigned some men from his side to buy what was provided to Tripoli from Europe.

As a result of the trade that he monopolized, he sold goods to traders at excessive prices in the markets, which weakened the economic conditions in Libya during his rule. Among the forms of injustice that he established in the state was the sale of administrative positions, so the heads of the sub-districts took over their positions in this way and plundered the areas belonging to them in order to recover the money they paid to the governor Othman as soon as possible. You can imagine the injustice that resulted from this across the state.

One of the forms of tyranny for this Turkish governor was his purchase of agricultural land from the people, and this was done under the supervision of the judiciary. He used to buy lands from their owners in the presence of the judge in the court, and when the seller received the value of what he sold in cash and left the court, the Pasha would order his followers to take that money from him by force, unjustly and aggressively.

The expropriation of land from its owners was the worst form of tyranny of the Turkish governor Osman Pasha.