In a humiliating defeat to the Ottoman “Wadi Al-Safra”… The Saudis defeated the trained army, which is armed with military tactics. 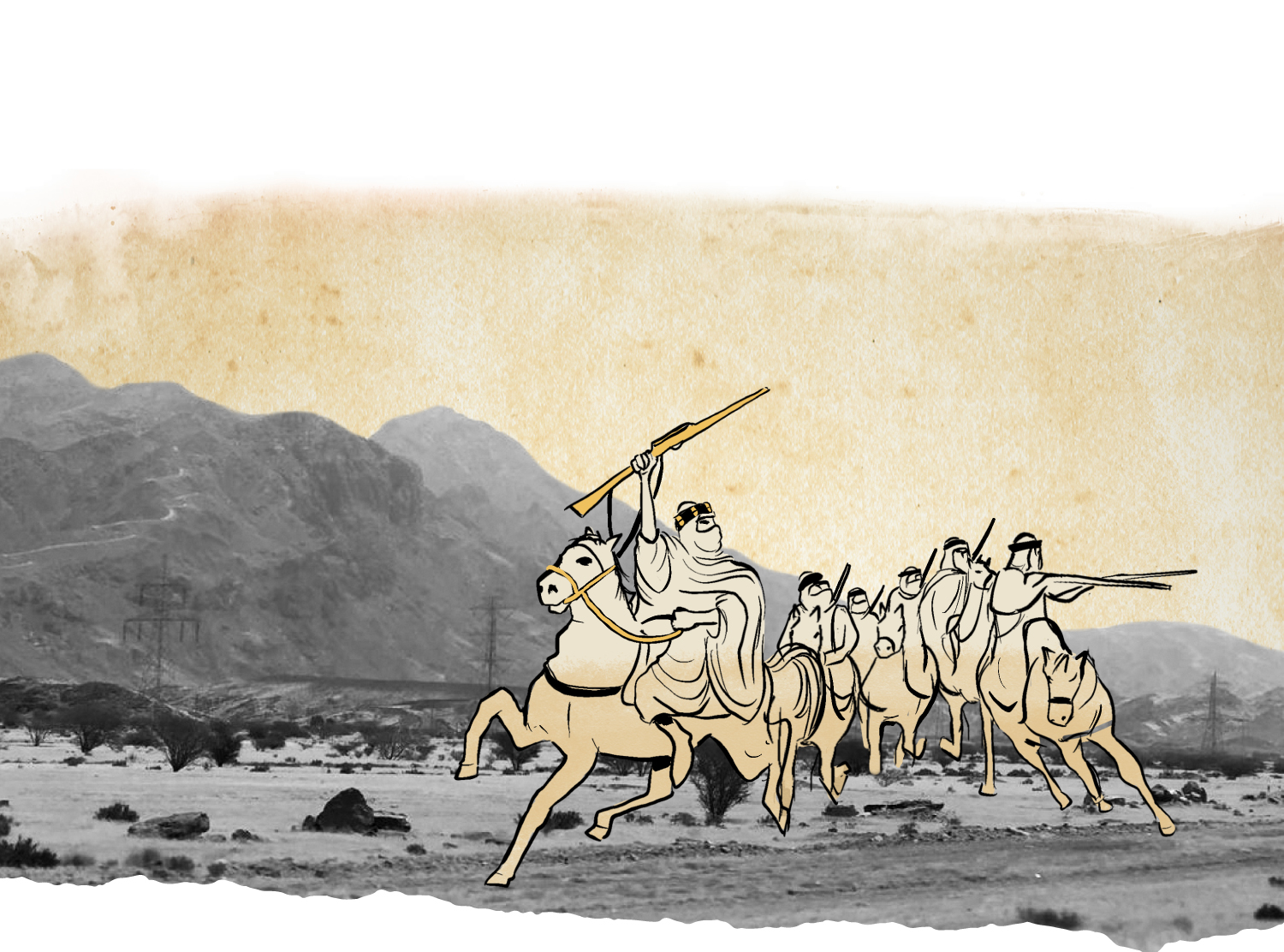 In a humiliating defeat to the Ottoman

"Wadi Al-Safra"... The Saudis defeated the trained army, which is armed with military tactics.

The Battle of Wadi Al-Safra in (1812 AD) is one of the first remarkable battles in the history of the first Saudi state. As for the geographical borders of the battle, Wadi Al-Safra is located on the road between the port of Yanbu on the Red Sea and Medina. The importance of this battle lies in the fact that it was the first Saudi victory over the first Ottoman campaign led by their governor on Egypt, Muhammad Ali Pasha, as the orders of the Ottoman Sultan were to confront the Saudis after they managed to recapture Hijaz; this battle is important for the Saudis; as it recorded their first victory over a systematic military campaign supported by all the Ottoman forces, personally led by the son of the Ottoman governor Muhammad Ali: Ahmed Tosun. The Ottoman governor believed that this battle was the first real test for his army in a rugged geographical environment, and that it was also the first real confrontation with the Saudi army, whose heroisms resonated in the Sultan’s palace and among his governors and was heard all over the world.

It was the first real test for the Ottoman forces against the forces of the first Saudi state.

The Ottomans prepared their campaign from Egypt in (1811) under Ahmed Tosun’s leadership, a campaign that consisted of an army of 8000 soldiers, 6000 infantry and 2000 cavalry, in addition to the military equipment that is considered advanced in a time dominated by strong artillery. According to the sources, the infantrymen were transported with military equipment on ships that sailed from the port of Suez to Yanbu, while the cavalry led by Tosun took the desert road through the Sinai Peninsula and northern Arabia.

Amin Saeed believes that the port of Yanbu was chosen as a primary target for the Ottoman campaign; Since it is the closest port of Hijaz to Medina; moreover, the capture of Medina quickly opens the door to Najd, to strike directly at the capital of the Saudi state.

The campaign landed in Yanbu without much resistance, due to the tactical withdrawal made by the Saudi ruler there; the plan was to confront the campaign after facilitating its landing in the port of Yanbu and opening the way for it to advance to the well-known Badr area near Medina, while the army of the Saudi state began to engage with the Ottoman army through small groups to lure the campaign with all its forces to the area Wadi al-Safra, which is geographically located on the road between Medina and Yanbu, where the Saudi forces are camped in preparation for confronting Tosun’s forces after they were exhausted on their way to the Saudi camp.

The Saudis forces were about ten thousand soldiers, while the forces of Tosun were about eight thousand. The Ottomans exceeded the Saudi army in terms of equipment, training and organization. having lured Tosun’s soldiers into the narrow valley, the Saudi forces had prepared a military plan commensurate with the geography of the valley, so Imam Abdullah bin Saud ordered his soldiers to dig a trench in the valley, and he was the commander of this battle during the reign of his father, Imam Saud bin Abdulaziz, so he and those with him camped in that trench, while Othman Al-Madhaifi, one of the leaders of the Saudi state in Hijaz – camped with the Saudi forces on the mountain overlooking the trench, and lured Tosun’s forces and surrounded them in this ambush; when Tosun and his forces tried to turn around and get out of this ambush and head back to the port of Yanbu; The Saudis rushed after them and inflicted heavy causalities, approximately five thousand soldiers, while the Saudi losses did not exceed six hundred soldiers.

The Saudi victory over the Ottomans resonated every wide and far, which disturbed the Ottoman governor Muhammad Ali greatly, and he tried to search for a logical justification behind the defeat of an army trained, prepared and armed with a very sophisticated military machine at its time against an army that had primitive equipment compared to them, and what makes matter worse for the Ottoman governor that his army incurred great casualties, so Muhammad Ali sent his son Tosun inquiring about the mystery behind the humiliating defeat of the Ottomans. He only found that the reason for the defeat should be attributed to the recklessness of his leaders, and that they were not single-heartedly unity, saying: “They were the cause of the defeat due to their differences and competition.”

The Ottomans attributed their defeat to the differences between their leaders, rivalries, and conflicts.