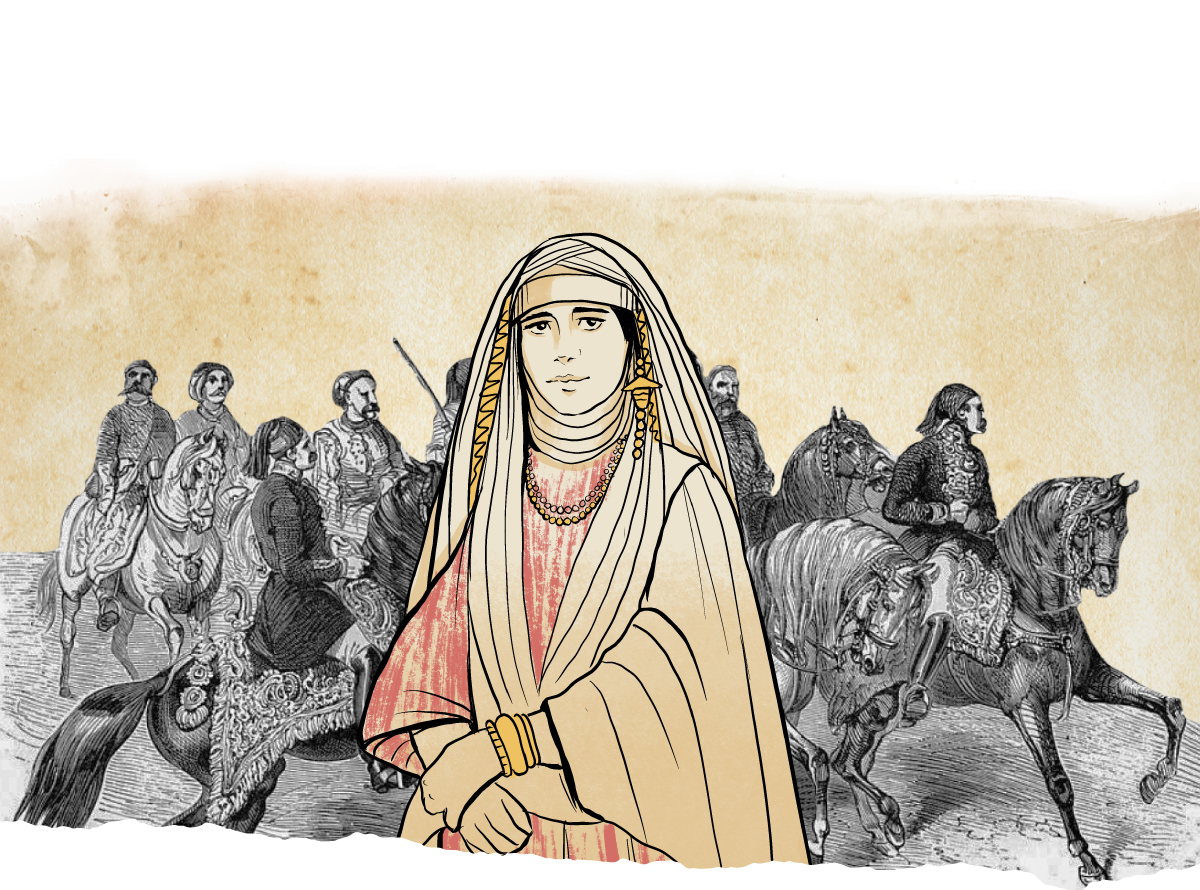 The orders of the Ottoman Sultan Mustafa IV to his governor of Egypt, Muhammad Ali in (1807 AD) to destroy Diriyah – the capital of the Saudi state – were direct and straightforward, in order to eliminate the first Saudi state that embarrassed the Ottomans. This is what was indicated by Egyptian National Library and Archives, which revealed that Muhammad Ali Pasha sent his apology to the Sultan for his inability to fulfill his request to carry out the mission, due to the deteriorating economic situation in his state, and his fear of the ambitions of European countries.

The Sultan induced his Governor, Muhammad Ali that he would be in the interest of the Ottoman Empire, which would bless his state and raise its prestige and his, as the ruler of Egypt. After the persistence, the governor had no choice but to respond to the Sultan’s desire to attack the first Saudi state, which tasted them the first defeat in Wadi Al-Safra (1812 AD), and forced the commander of the campaign, Ahmad Tosun, to flee with those remained of his army to Yanbu, asking for help and more soldiers after losing their gear and equipment. The Egyptian historian Abdul rahman Aljabart elaborates that Tosun counted his soldiers who arrived to Yanbu alive after they fled away from Wadi al-Safra, only to find three thousand after they were eight thousand.

During the period of Tosun’s presence in Yanbu, they supplied him with more soldiers and gear again, so he was able to move and occupy Makkah in (1813), and two weeks later, he was able to occupy Al-Ta’if.

The forces of the first Saudi state at that time, had adopted a military strategy that was to lure the invading Ottoman forces into the lands of the Arabian Peninsula, where deserts and valleys were, in addition to keeping them away from supply centers and supply lines, so that they would be defeated easily, as happened to them in Wadi al-Safra, and Ibn Bishr narrates about the first Ottoman campaign on the town of Turubah, by saying: In Sha’ban (1228 AH / 1813 AD), the Egyptian soldiers gathered from Makkah and Taif, and Mustafa and Rajah al-Sharif marched with them in crowds of Al-Bawadi who breached their promise and pledged allegiance to the Turks. Those crowds marched with cannons and bombs, and they headed to the town of Turubah, where the people of Najd and others were stationed, and the Turks besieged it for three days, then came help from the people of Bisha and others to the people of Turubah. The Saudis’ ambushed and encountered them; so, the Saudis came out on the station and the tents, and these soldiers and crowds were defeated, so the Saudis seized their station and their tents, and many of them were killed, and they returned empty-handed.”

Here a question arises about the importance of the town of Turubah, which caused the invading Turkish forces to attack it with large forces? The answer is that Turubah was an important base for the Saudis on the road connecting Hijaz and Najd, as it is actually the gateway of Hijaz to Najd, and an important center to strike the invading Ottoman forces towards the middle Najd; therefore, Mustafa Bey was keen to launch a campaign on Turubah in order to cut off the road for the Saudis to resist the movements of the campaign army.

The command center, which was operated by Imam Saud bin Abdulaziz, was directing the movements of the Saudi army, which preceded the Turks in imposing its method and strategy.

The French, Felix Mangane, indicates that Imam Saud bin Abdulaziz ordered his son Faisal to lead a military force and not to confront his enemies except in the Turubah, and to keep some of his forces to holed up in Bisha, and to station Al-Haganah and cavalry in the straits, in a manner that would facilitate blocking the way for the invading forces. The Saudi leadership has made Turubah a fortress, waiting for the invaders to come and confront them.

The Ottoman invaders arrived and besieged Turubah for three days, but the Saudi forces held out inside the fortified town. Ghaliyya Al Bogammiah had a role in lifting up the spirits of the town’s defenders from the men of her tribe, Al-Baqom, as the sources mention that she went out leading a team of her men to confront the invaders, and this coincided with the arrival of the Saudi forces from the Bisha, led by Abdullah bin Saud and Salem bin Shakban.

The two sides met in Wadi al-Saleem, in which a fierce battle took place, ended with the expulsion of the Turks and their flight to Al-Taif, heading back with their tails between their legs, leaving behind many dead and spoils. As a result of that battle, Wadi al-Saleem was known after the battle with Wadi “Rayhan” as it was filled with dead bodies of the Ottoman army; the number of dead was between six hundred to a thousand dead, approx., and Mangan referred to the defeat by saying: “Mustafa Bey lost his artillery and luggage, and his defeat was nothing less than the defeat of Al- Safra Straits.

After the awful defeat of the Ottomans in Turubah, Muhammad Ali Pasha decided to send another campaign led by Tosun, commander of the forces in Hijaz, who marched in February (1814 AD) with large forces. Historians differed in their number between five thousand infantry fighters, one thousand horsemen and six cannons, and between three Thousand of fighters with his gears and equipment, and Tosun accompanied his most prominent leaders such as Abdin Bey and Thomas Keith, the financial officer of the campaign, and one of the local leaders loyal to the Ottomans, and he was at the same time resentful of the actions of Muhammad Ali Pasha. In order to avenge him, he took the campaign on a long way to run out of supplies, and the soldiers and animals suffered, in addition to the dangers of the road and the invasions of the Bedouin against them.

After that exhausting march of the Ottomans, Tosun and his army arrived to Turubah, and ordered to attack the town, and did not give his soldiers a chance to rest; rather, the blockade was imposed for four days, according to what Ibn Bishr said, and he was unable to enter it, due to the extraordinary courage shown by the Saudi unity who maintained the walls of the town, led by Ghaliyya Al Bogammiah heroically and with rare valor. The Ottoman stance became more difficult after the retreat of local leaders loyal to them, led by Sharif Rajeh Al-Shanbari, who decided to join the army of the Saudi state defending Turubah.

Ghaliyya Al Bogammiah terrorized the Turks with the power of the Saudis, and aided them to hold on to and defend their homeland.

At that time, Tosun and his men felt powerless to penetrate the walls of the Turubah, and all their attempts failed, and when Tosun decided to strike by force, his officers warned him to the danger of this, due to the lack of supplies and ammunition, so he had to lift the siege from the town and retreat at night; however, he incurred great losses as a result of the vicious attack of the Saudi defenders when they came out from the town and took over the roads and passages, this caused the ones retreating to get confused and began to escape, trying nothing but to escape, while the Ottoman army almost perished from that attack.

In Turubah, the Saudis defeated and humiliated the Turkish invaders once again, which caused a negative impact among the members of the Ottoman army, whose leaders and soldiers began taunting each other and attaching the causes of defeat to each other. This Saudi victory also had a violent impact in the country of the Ottoman Sultan and his governor in Egypt, Muhammad Ali.