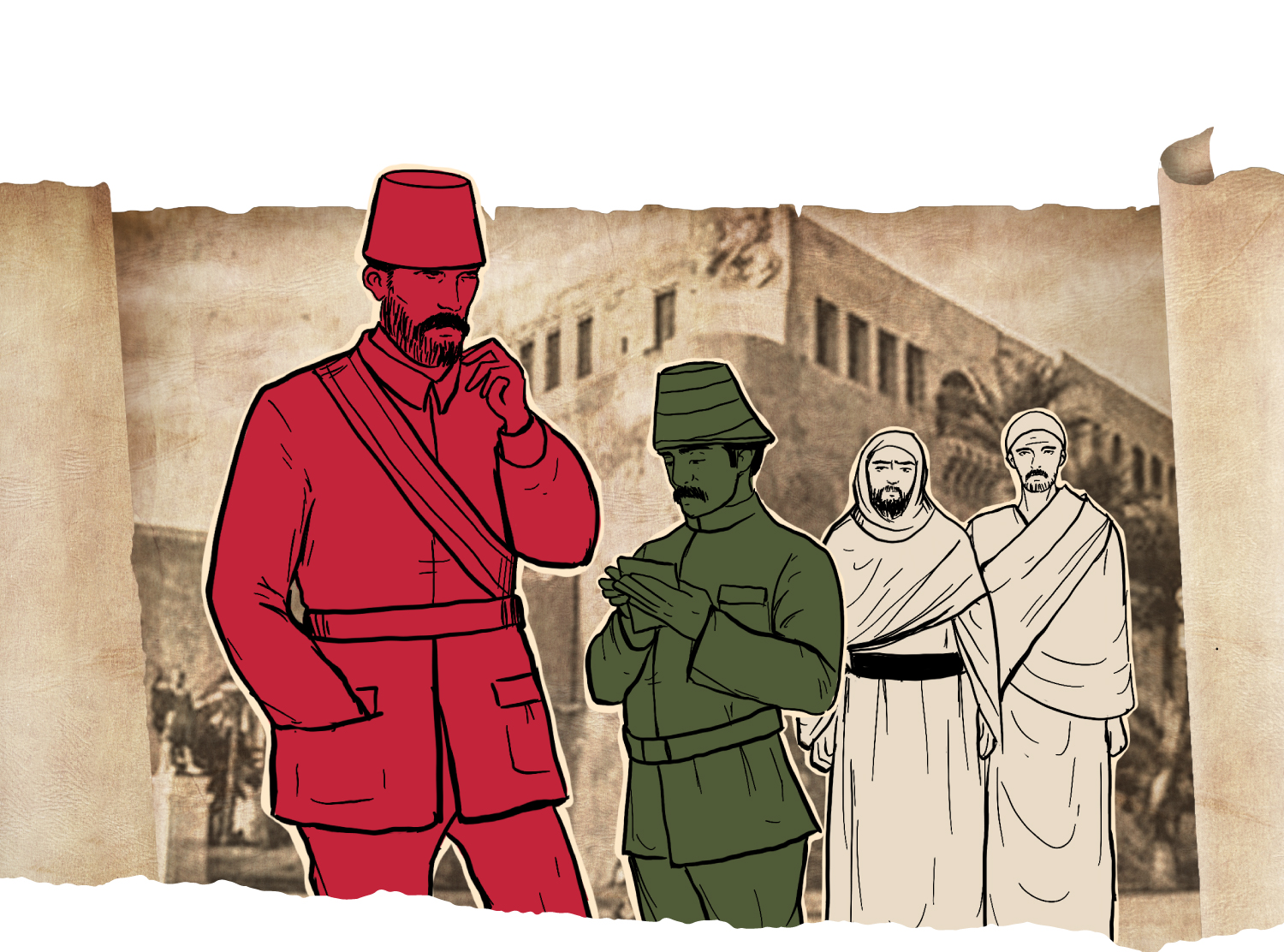 More than 50 Ottoman governors were killed

When documenting the history of crime and tyranny, the Ottoman-Turkish occupation of the Arab countries can be classified as the worst and most criminal, as the Arab world lost more than hundreds of thousands of victims over the course of several centuries, noting that during the four centuries of Turkish occupation their method of seizing the Arab countries did not change. This confirms that they have a black history in which tragedies, torments and massacres against Arabs repeated.

The Ottoman-Turkish occupation in Libya was not different from what it was in the Arab countries. The Turks entered through the exploitation of internal and external conditions. Muhammad Al-Sallabi , who is one of the most prominent figures of the Brotherhood movement in Libya, says: “The Ottomans entered Libya at the request of its people to liberate their country from the Spaniards, then the Knights of Malta, and the Ottoman reforms contributed to the renaissance of Libya later”.

Regardless of the deception of those affiliated with the Muslim Brotherhood and their praise of the bloody Ottoman history, the evidence and clues confirm that Libya lived one of its worst historical eras under the Turkish rule. The Libyan historian, Al-Taher Ahmed Al-Zawi, comments on this fact by saying: “The Turkish era began in Sha’ban 958 AH corresponding to August 1551 AD. This era was characterized by chaos, injustice, robbery of funds, and non-compliance with any Sharia or law except what was commensurate with the will of the ruler in order to satisfy all his desires and lusts”.

Historical evidence proves that Libya lived its worst historical period under the rule of the Ottoman governors who only cared about their own lusts.

Similar to the situation in Algeria and Tunisia, the train of civilization stopped with the entry of the Turks into that country. They mastered the impoverishment and abuse of the people of the country and the destruction of any aspect of urbanization. The historian Al-Taher Al-Zawi describes the situation in Libya after the entry of the Turks, saying: “Whoever was poor and could not pay the tax had no choice but to be imprisoned. They were brought to the prison in a net on the back of a camel or strapped and tied in a horse’s tail and dragged to the prison. As for taking care of urbanization and educating the people, the Turkish era did not care about it at all”.

The Turkish ethnic superiority appeared immediately after the Turks entered the west Tripoli in 1551, so they desecrated the Arab blood. This is what confirms the Turks’ hatred of everything that is Arab. The researcher Rabiha Muhammad Khudair describes this racist treatment by saying: “On August 16, Sinan Pasha held a great celebration for the victory of the Ottomans in this campaign in which they were able to conquer the west Tripoli. Two days later, the rest of the garrison of Saint John was evacuated to Malta on French ships, and the Italians and some of the city’s residents were sent to Istanbul. All the Arabs who were fighting on the side of the enemy were killed as traitors”.

The study of the Libyan case confirms that this Maghreb country was just a container for collecting taxes and sending them to Istanbul, and they did not give Libya the right of development, science and urbanization. Al-Zawi describes this catastrophic situation by saying: “When the Italian occupation came, there was no electricity or an inch of railways in the country, and no one had a doctorate in medicine or a BA in law. The traveler would come to the city and walk in the desert until he reached the city’s wall”.

The Ottomans mastered the impoverishment of the Libyans, so the people lived a harsh life between paying excessive taxes or being punished with imprisonment.

The Turkish rule of Libya constituted an era that was characterized by the decline of civilization. During the Ottoman rule, Tripoli was ruled by 72 Turkish governors, more than fifty of them were killed or committed suicide. This was because the army was the actual ruler in Libya, and it was the army that appointed those governors without having the most basic elements of the governor. They would bring the owner of the cafe from his cafe or the tailor from his shop, and he would be appointed as the governor of Tripoli. This was a small part of what Tripoli suffered during the Turkish era until the Italian occupation came and found it lacking the necessities of life”.

Here, history sends us an important message about who is trying to push the Turkish colonialism inside through the window after it had sold Libya to the Italians and came out of the wide door.