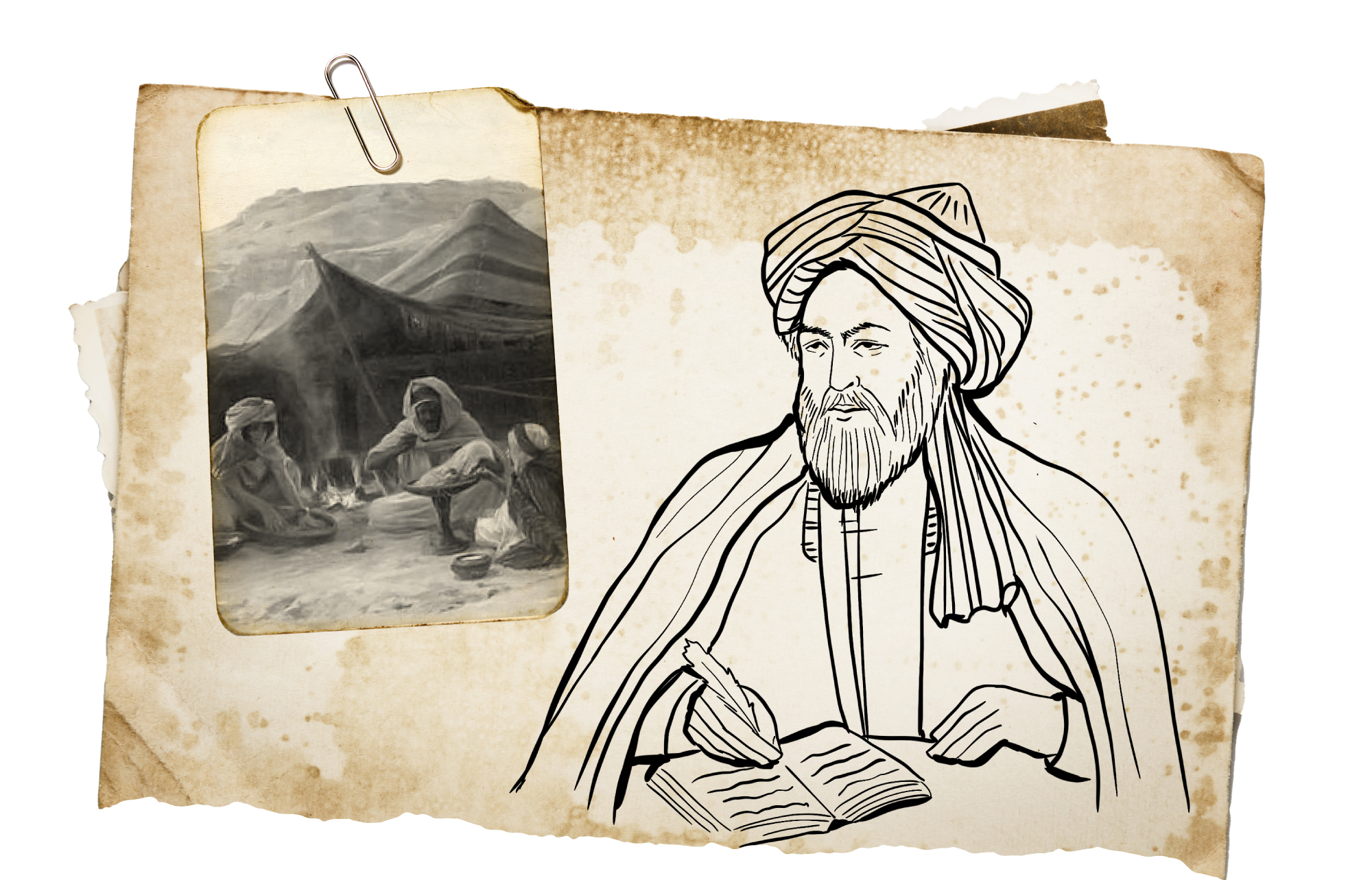 Nasir Khosrow as a model

Since early period, the Persian agenda against Arabs went through stages and transformations as it transferred from war fields to book pages. Thus, the hostile behavior moved to the level of literary production confirming the continuity of the racial psychological state, and the ideology of ethic superiority which contradicts with the human principles, and that is opposed to common sense.

In this context, Safavids worked hard to promote only certain works and writings with the aim of transforming natural manifestations into a part of the Persian view of the Arabs and ascertain the inferiority of the Arab race that brought the Persians out of the darkness of ignorance and the pre-Islamic perceptions to Islam. If Muslims, in general, were accustomed to traveling and roving lifestyle to perform the Hajj or engage in trade, in addition, some of them were dedicated to educational attainment, some of them exploited their movements to perceive the landmarks of countries and the returns of the cities; and to compare them with the environment in which they lived.

Some of those who are considered Persians left the objective argument and thoroughly studied subjectivity that drove them to depicting a negative image of Arabs and use it to ascertain an arrogant racist ideology that gave advantage to the Persian treatment and point of view towards the rest of races and ethnicities.

Such works include the book titled “Safar Nameh” by Nasir Khosrow, who ascertained the racist nature what prompted us to search in the pages of this book in order to complete the image corners and help to better understand the Persian behavioral structure. In (1047), the Persian poet and philosopher Nasir Khosrow left the city of Merv on one of the oldest and most important journeys in the Middle Ages. It took seven years during which he toured the inhabited areas of Iran and went from there to Azerbaijan, Armenia, the Levant, Palestine, Egypt and the Arabian Peninsula.

During his journey to the Arabian Peninsula, he could not restrain himself from exaggeratedly writing about and describing Arabs; in addition to some false information which he wrote during his journey. This includes, for example, the tomb of Abu Hurairah, may God be pleased with him, which he claimed to be in Tiberias on contrary to reality and into which he insinuated racist thought about Abu Hurairah, saying, “The tomb of Abu Hurairah is located outside Al- Madina towards the Qibla. However, no one can visit it; because the residents there are Shiites, so if someone went to visit it, children gathered around him, harassed him, discriminated against him and threw stones at him.” Although the tomb is in Al- Madina Al- Munawara, the deep meaning of Khosrow’s statement is to ascertain the ideology dimension according to the Persian manner. In addition, choosing Abu Hurairah in particular has a lot of purposes as he is one of hadith narrators who narrated most of the Prophet’s hadiths, may God be pleased with him.

In general, the writing of Khosrow was enriched with the ethnic style, translating the Persian view towards Arabs, in spite of his recognition of the Arabs’ generosity and their preferential treatment towards him. This includes his saying, “The Emir of Jeddah is subordinate to the Emir of Mecca who was the Emir of Al- Madina too. In addition, I went to The Emir of Jeddah and he treated me with great generosity, and exempted me from duties which I had to pay, but he did not demand them… He wrote to Mecca saying about me: This man is a scholar, so nothing should be taken from him. However, instead of thanking the host for his hospitality and protection, he detracted the Arabs of Banu Nusair fortress saying, “During their whole lives, they have tasted nothing but camel milk because this desert has nothing but rotten fodder which the camels eat. Thus, they thought that this was the world.” His wording comprised clear underestimation of Arabs and an indication that was rather a statement similar to the Persian point of view and their stereotypical image of Arabs.

Khosrow described the Arabs of Aflaj saying, “The construction was limited to half a Farsakh (league) in a mile in width. In such distance, there were fourteen castles, a castle for thieves, corrupters, and ignorant people… In addition, they only ate a little from Maghrib prayer to the following Maghrib prayer… People there are very poor and miserable. In spite of their poverty, they are engaging in war, hostility and bloodshed”. The exaggeration included in the writing of Khosrow was, of course, only a simulation of the stereotype instilled in the Persians, rather than a reality he described.

Arguably, the image depicted by Nasir Khosrow about Arabs was dominated by prejudice and insolence what raises a question about such prejudice and insolence. Khosrow summarizes his prejudice against Arabs saying, “I think that all Bedouins are like the people of Al- Ahsa who have no religion. They include people whose hands have not touched water for a year… And they have never seen bathrooms or running water in their lives”.

Trying to trace Khosrow’s description, in general, we will find that he does not deviate from this racist framework that is prejudiced against the Arab race, as he neither left any chance for criticism, nor any incident without undermining and exaggerating it, especially if it leads to showing Arabs as backward ignorant people. He treated the life of the Arab Bedouin as flawed, without realizing that Arabs themselves are proud of their Bedouin life, which is considered the basis for the lives of many of them. If he only saw it as living in the desert and drinking the camel milk, then, it is hard for him to perceive that those Arabs including their Bedouins and urban inhabitants, have value and honor that is difficult to be viewed in the Persian reality, life, and treatments.

Arabs, including their Bedouins and urban inhabitants, have values and honor that is difficult to be viewed in the Persian reality, life, and treatments.

This is the image that Persians try to instill in the collective imagination of Iranians. Then, they continue feeding them hatred and arrogance which can only be interpreted as it is the Persian desire to create a virtual enemy of their nationalism, through which they pass their internal agendas. They also try to prove unrealistic civilized manifestations of Persia.