The Algerian graves’ Sultana Zafira…who chose to die so that her honor would not be desecrated by the Turkish pirates. 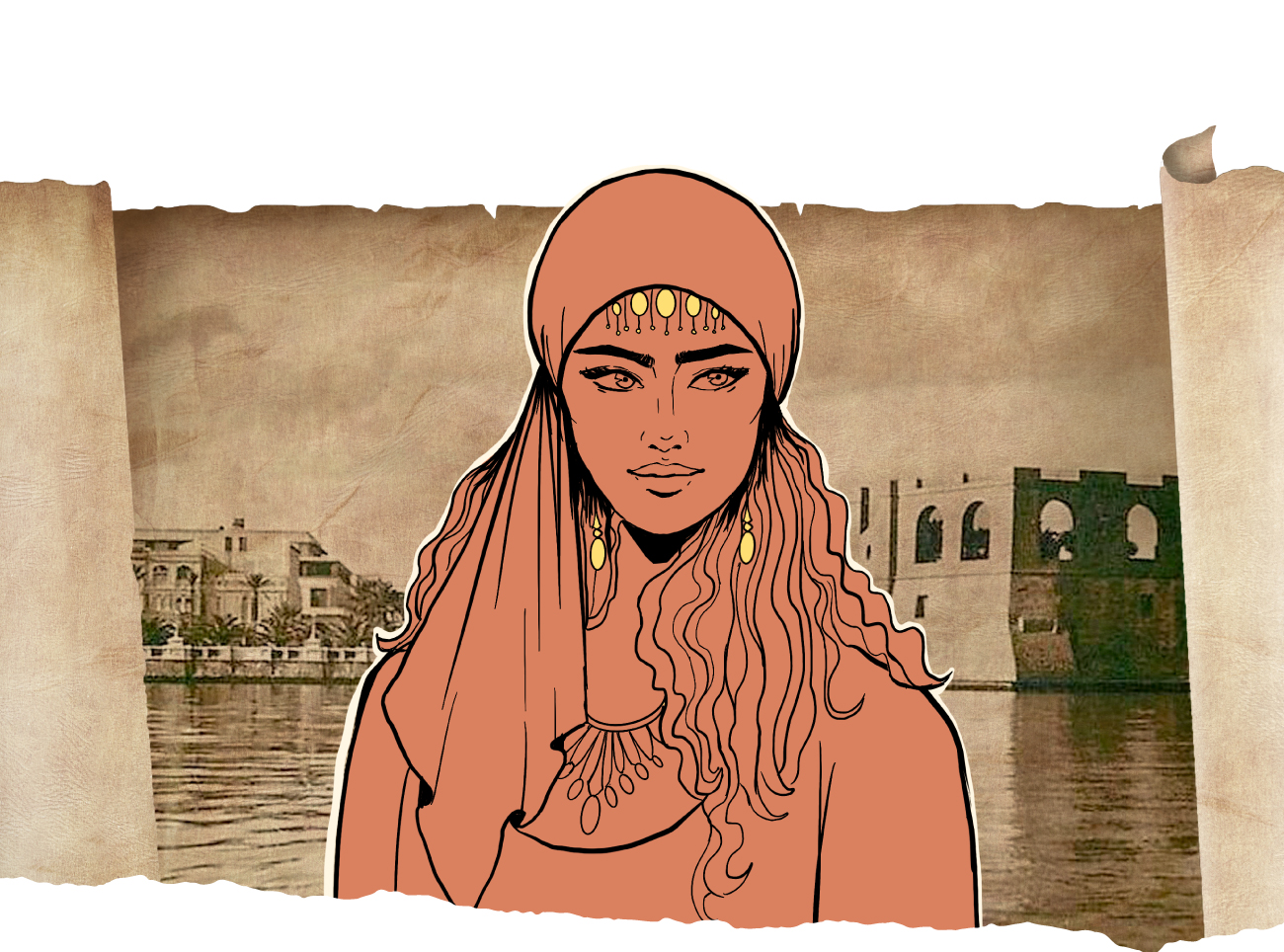 Zafira...who chose to die so that her honor would not be desecrated by the Turkish pirates.

The Ottomans entered Algeria under the pretext of saving the people from the Spanish invasions. The Algerians cheered, welcomed them into their homes, brought them into their cities, and sang for them in the streets. As soon as they occupied the place, they wreaked havoc in it and treated the indigenous population as slaves and placed them in a lower class than the Turkish race, as thieves and bandits usually do when they take control.

When the Sultan of Algeria, Selim Al-Toumi, sought the help of the Ottomans, they sent him the famous sea pirates, the brothers Aruj and Khair Al-Din Barbarossa, who were famous thieves and pirates. The Turkish sultans in Istanbul did not intend to send their regular military, but rather they sent pirates. If they were victorious, the Ottomans would receive praise and spoils, and if they were defeated, they would tell the Spaniards and Europeans with whom they had distinguished relations that they were not involved, but rather they were pirates and thieves.

Historical sources confirm that the two brothers, Aruj and Khair Al-Din, were not former workers of the Ottoman Empire, but rather two pirates who roamed the sea for looting and plunder. Historians have different opinions about the beginning of the alliance between the Ottomans and the two brothers, Aruj and Khair Al-Din. Some of them mention that Selim I sent them to the African coast in response to a request for help from the people of North Africa instead of his Ottoman army, fearing for his relations with the French and Spaniards.

Some historians mention that the alliance between the two sides was in (1513) following the capture of the port of Jijel by Aruj and Khair Al-Din. They say that the brothers sent to Selim I a group of valuables that they stole after seizing the city. He accepted it and responded to their gift by sending fourteen warships equipped with soldiers, to complete the conquest of Algeria, and the response from the Ottoman Sultan reflected his desire to continue the activity of the pirates in Algeria in the name of Turks.

Khair Al-Din Barbarossa was appointed as a general prince of the city of Algiers and a representative of the Ottoman Sultan; thus, Algeria became under the oppression and occupation of the Turks.

As for Sultan Selim Al-Toumi and the Algerians, they received the pirates with their Arab morals as representatives of the Ottomans, but Aruj Pasha and the rest of the pirates dealt with the population with despotism and chaos, which led to the anger of the population at the actions of the Turks who were treating the Algerians in a rude manner. Here Sultan Selim Al-Tumi tried to correct his mistake in summoning the Turks to his garden, his house and his sultanate, but it was too late, as Aruj went to his house and killed him in the bathroom while he was preparing for the noon prayer. After that, Aruj came out on the public, declaring himself the sultan of Algeria.

This is the recurrent cruelty in every country occupied by the Ottomans. As for their unified policy, it is cunning, division and arousing sedition between the members of the same family, and between tribes and families. They adopted the policy of “Divide and rule” in addition to ethnic cleansing and Turkification.

Aruj was not satisfied with killing Selim Al-Toumi and seizing his kingdom, but he also did not possess any right morals and tried to forcibly marry Princess Zafira, the wife of the treacherously murdered Sultan, while she was in her waiting period (The ‘iddah period) after her husband’s death. Princess Zafira represented Algerian and Arab women in the best way with her steadfastness and her deterrence to the tyrannical pirate, Aruj, who seized her kingdom.

The shameful thing in Princess Zafira’s story is that the two brothers, Aruj and Khair Al-Din Barbarossa, competed to kidnap and enslave the princess after they killed the legitimate Algerian sultan. They did not possess any religious or moral values.

The Algerian researcher Kamel Al-Shirazi says in his important publication on the Ottoman era in Algeria: “The most famous crime committed by the two Turkish leaders, Aruj and Khair Al-Din Barbarossa, five centuries ago in Algeria, is still obscured. The two sailor brothers murdered the last sultan of Algeria, Selim Al-Toumi, and then each of them sought to forcibly marry Princess Zafira, who preferred suicide rather than submitting to the desires of those who killed her husband”.

Despite the Turks’ attempt to praise their presence in Algeria between (1516-1830), history always reveals the truth, despite the attempts to obscure it. Although some historians ignore the crimes of the Turkish occupation of Algeria, the sources reveal many of the crimes committed by the Turks, the most criminal of which was committed with Princess Zafira.

After Aruj killed Al-Toumi, he tried several times to win the heart of Princess Zafira, but she remained loyal to her treacherously murdered husband, and refused to betray him. The pirate Aruj broke into her bedroom and tried to assault her and desecrate her honor. That night, the Arab princess used a dagger she had hidden for fear of Aruj and his brother. She resisted him preferring death to betrayal and escaping from the desecration of her honor by the Greek-Turkish thief that Istanbul had sent to be its pirate and delegate in Algeria. Therefore, as soon as she resisted, he betrayed her and he killed her with the sword. There are other historical accounts that say that she killed herself with the dagger that she had hidden in her bedroom because she expected betrayal from Aruj and his brother.

The Barbarossa brothers betrayed Sultan Selim Al-Toumi and killed him after he allowed them to enter Algeria under the pretext of confronting the Spaniards with him.

The researcher Aisha Hamy points out that Princess Zafira, who lived in the period (1489-1516), kept repeating: “I am a lioness, a majestic princess in the yard of lions. I will keep the promise and I will take up the sword to defend my honor. My blood will shed on my land to be a redemption for the flowers”.

This was after she was exposed to vile attempts by the two thieves, who had betrayed her husband, to bargain for her honor. In particular, Aruj sought to persuade her to marry him in exchange for many temptations, but the girl of Algeria responded to him with those words mentioned by the researcher Aisha Hamy: “I am a woman of pure blood. Life taught me the meaning of honor and patriotism”.