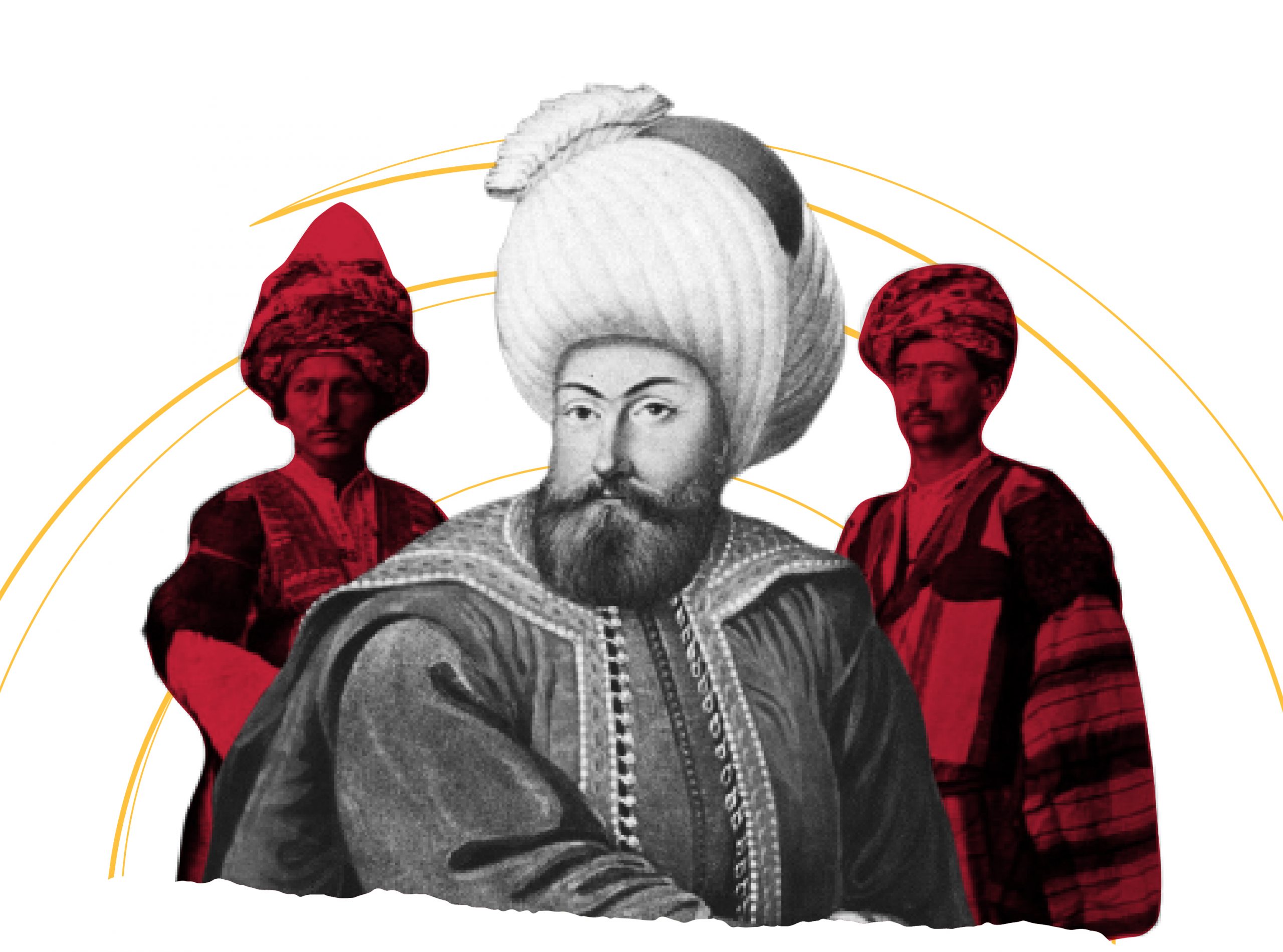 The First One Who Divided Their Countries and Displaced Them

History is merciless. Leaders and headmen shall be aware that one mistake may lead a nation to damage. Sometimes, it may rather eliminate it. This is what happened to Kurds and their relationship with the Ottoman Empire. It started with mutual concern between the two parties. It was followed by an alliance that quickly ended and turned into hostility that caused bloody massacres from which Kurds suffered until today.

The story details date back to (1514 AD) when Idris Bitlisi, the leader of Kurds at that time, made a political deal with Selim I (1512- 1520). The deal was that Kurds should help Selim to gain victory over the Safavid state; in return, Ottoman Sultan shall recognize the autonomy of Kurds and give them freedom to form their own army and in addition; not to interfere in their internal affairs. Indeed, the deal was made and Selim I gained victory over Safavids in Chaldiran (1514 AD). The deal between Kurds and Turkish was named Chaldiran.

The situation did not last long; as soon as Selim I died (1520 AD), everything changed. Although alliances made between countries do not depend on the life or death of people, this was not applicable to Turkish sultans as whenever one of them superseded, he breached the covenant of his predecessor and so on. Thus, they were known as the Empire of breaching covenants. This was the first mistake of Kurds, even if they realized it too late.

Suleiman the Magnificent (1520- 1566), who ruled after his father Selim I, was not a man who keeps covenants or alliances. Once he had assumed power, he repudiated any agreement with Kurds. He imposed some sanctions which included Kurdish princes. This was considered a breach of Chaldiran alliance which stated that the Ottoman Empire shall not interfere in any Kurdish matter.

Things did not end at this point. Safavid state quickly regained its strength and prepared its armies to avenge Turkish sultans. It started launching military campaigns against the Ottoman countries. Ottoman Empire could only respond by counter military campaigns. Meanwhile, Kurdistan became an arena where Safavid and Ottoman armies fought. For more than three decades, Kurdistan was subject to great destruction which led to ruining the country which impoverished its people and caused many of them to immigrate in order to save their lives.

Some historians believe that what the Ottoman Sultan Suleiman the Magnificent did was out of a pure pragmatic perspective. Sultan Selim I had to agree with Kurds at a time when enemies surrounded him from all sides. Under Chaldiran alliance, he could get rid of a fierce enemy represented in Safavid state. However, when Suleiman the Magnificent assumed power, dangers surrounding the Ottoman Empire slightly declined after Ottomans took control of Egypt and eliminated Mamluks, the strongest rival to Ottomans in the Arab world.

After that, the Magnificent felt that he did not need an alliance under which he would concede Kurdistan lands to Kurds. As explained by historians, this was the mistake of Kurds from the beginning, they did not realize that their alliance with Selim I resulted from historical circumstances which would certainly change. In addition, Ottomans would breach their covenants as usual, especially that conditions of Kurds were not simple or acceptable to the Ottomans.

However, it was too late. From the very first moment of his reign, Ottoman Suleiman the Magnificent dealt with Kurdistan as if it was subject to his actual power. He was indifferent to any agreements, and this was confirmed by his actions. He increased his interference in the internal affairs of Kurds until it came to imprisoning and killing some princes inside Kurdistan so that he became the first one of Turkish sultans to inaugurate the bloodshed. It is considered the longest and the most terrible bloodshed in history; in terms of the number of victims.

As Suleiman the Magnificent was the first one of Ottoman sultans to kill and imprison Kurds, he was also the first to divide their lands. In (1555), the Peace of Amasya, the first official agreement between Ottoman Empire and Safavid state, was signed after years of harsh fighting. In such agreement, borders were defined, and Kurdistan was divided. Some areas became subject to Ottoman control while other areas were under Safavid control.

The “Magnificent” presented a part of Kurdistan to its Safavid enemies within the Peace of Amasya.

Subsequently, in a political deal, and due to their confidence in Ottomans, Kurds lost everything due to Suleiman the Magnificent. They lost the independence of their lands after long years of struggle and self- sacrifice in order to achieve this dream. In addition, Kurdistan turned into a country that was under rubble as a result of wars between Safavids and Ottomans. Finally, they found themselves in a double bind. On one hand, Safavid state would not show mercy to them because of their previous alliance with Ottomans against them. On the other hand, Suleiman the Magnificent would not recognize them under any circumstances. Thus, they had to fight the two states.

According to some historians, since the era of Suleiman the Magnificent, Kurds have not had any other rights or agreements similar to the one that was with Selim I. Turkish sultans became the sworn enemies of Kurds. They did not refrain, even for a short time, from fighting them and displacing them to other countries.

Kurdistan became a field of Ottoman- Safavid battles for a long time.