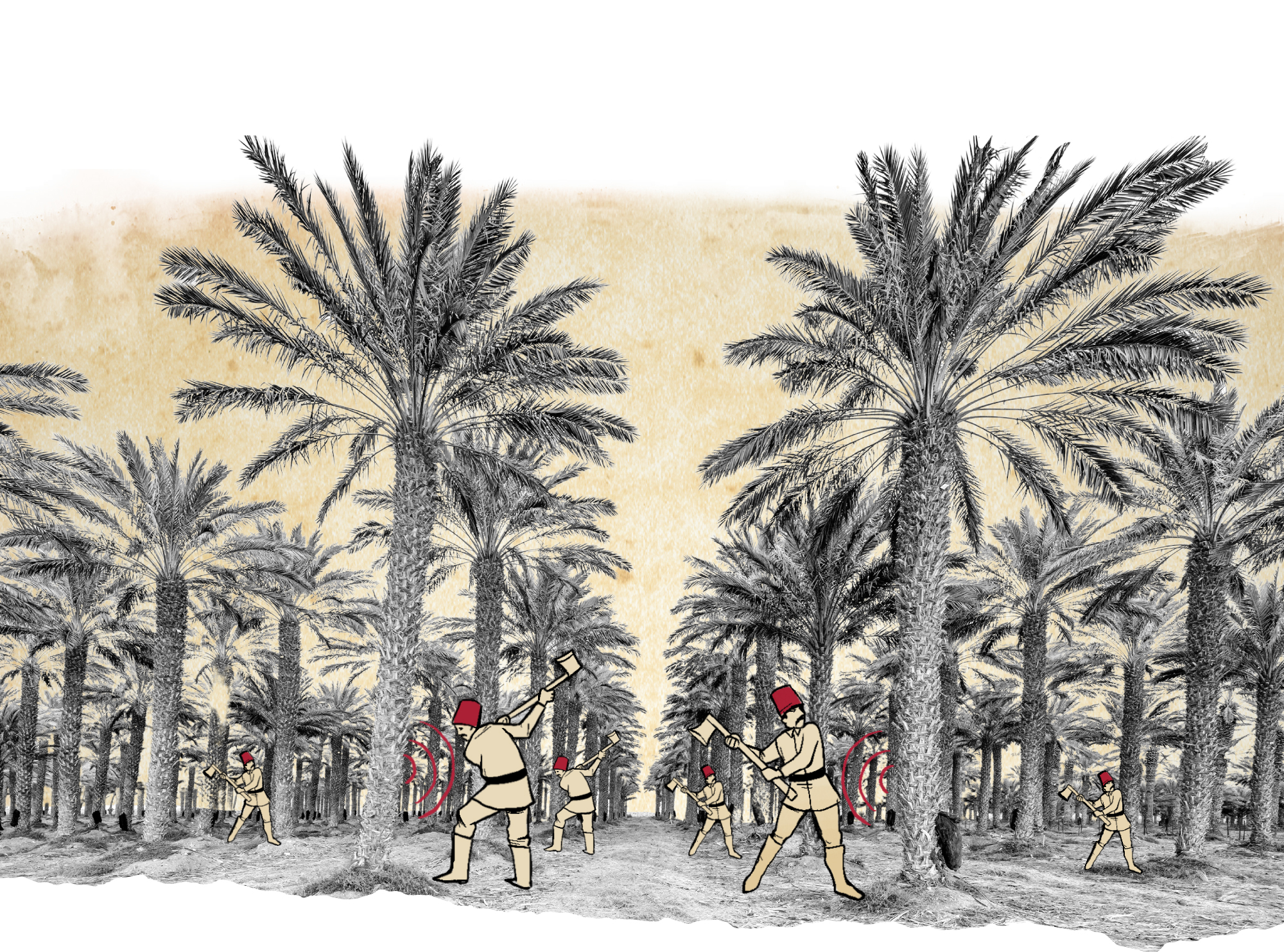 Al-Rass... The Saudi town that blew up the Turks with their gunpowder

The forces of the Ottoman governor, Muhammad Ali, incurred great suffering at the beginning of their successive military campaigns against the first Saudi state, due to the rugged geographical environment in which the forces marched, in addition to the fact that the war was with the first Saudi state in which its people believed, so they resisted the occupation fiercely, not to mention that the people of the land know the nature of the geographical area on which the battles take place, and the invading Ottoman armies from Egypt were suffering – in addition to the strength of the state they were fighting against and its society – the difficulty of providing military supplies, provisions and equipment. Therefore, it was very difficult for Ahmed Toson bin Muhammad Ali, who led the vanguard of the Ottoman invaders against the first Saudi state.

As a result, the Ottoman governor, Muhammad Ali, realized that the war would not be easy, and that his son Ahmed Toson was not the ideal leader to lead this campaign. Hence, he pushed his (adopted) son Ibrahim Pasha, with many supplies, to lead Hijaz campaign.

Ibrahim Pasha’s plan did not change much; as the goal has always been to congregate in Medina and march from it through Qassim to Najd, which is the fastest way to reach the Saudi capital, Diriyah. Indeed, Ibrahim Pasha’s forces marched to Qassim, and he managed to overthrow some countries as he marches to Qassim, until he collided with the resistance of the town of Al-Rass, which refused to recognize Ibrahim Pasha’s authority, and continued to resist fiercely.

From what the historical sources provide, Ibrahim Pasha had to besiege Al-Rass and cut palms around it to force its people to surrender, but the people of Al-Rass continued to fight, so Ibrahim Pasha was forced to besiege Al-Rass for several months. Sources refer to a famous story related to the siege of Al-Rass and Ibrahim Pasha’s attempt to dig a tunnel under the wall and plant gunpowder within, so that he could demolish the wall and enter Al-Rass. when the people of Al-Rass discovered this, they prepared a counter plan by digging a tunnel parallel to the previous tunnel, then releasing a cat and setting fire to its tail in order to detonate the gunpowder in the other tunnel, and thus the fallen of all Ibrahim Pasha’s soldiers as a result.

Ibrahim Pasha continued the siege of Al-Rass for several months, during which he was unable to break the fierce resistance, yet no positive result was received, so he had only negotiations to end this complicated situation in which he found himself in front of the walls of Al-Rass, as the sources indicate that it was agreed to lift the siege on Al-Rass, it was also stipulated that Ibrahim Pasha’s forces should not enter Medina in order to preserve it Pillage and plunder.

Four months of siege, during which the people of Al-Rass make him lose his best warriors, according to the testimony of the Austrian Alois Moselle.

The new Ottoman governor was aware of the danger of the Saudi armies and maneuvered to avoid direct confrontation. He only instigated the call of Sheikh Muhammad bin Abdul Wahhab, and focused on quick wars on the adjacent internal lines between the Levant and the Saudi state, by launching some limited campaigns, taking advantage of the imams’ preoccupation with other fronts. Imam Saud bin Abdulaziz sent a message to King Yusuf Pasha, explaining the origins of the belief and the correct approach to call, and at the same time, a veiled warning against any attack on the borders of the Saudi state.

This confirms what happened to him in Al-Rass, which made him incur a great deal of his forces during the siege, which prompted him to seek reconciliation, although he is in fact aware that this confirms his defeat against this Saudi state, especially since its people were ready to resist more, which was not desired by Ibrahim while his soldiers losing their spirits, who were losing day after day a number of their forces, especially since the road to Diriyah is long, and if this was the resistance of one town, then this foretells an inevitable defeat if this continues.

Ibrahim Pasha sought to force the people to make peace so that he does not lose it all to Al-Rass.

Historical sources significantly focused on the battle of Al-Rass; because with its steadfastness it defeated the Ottoman forces and won a great victory over them, and over its leader Ibrahim Pasha, who could not enter Al-Rass, but lost hundreds of his soldiers. Therefore, the Austrian Alois Moselle (1868-1944) points out that what happened at the end of October in (1817) of a reconciliation between Al-Rass and Ibrahim Pasha’s forces is an acknowledgment by the Ottoman commander of the strong resistance he faced, describing him as saying: “He faced severe resistance that made him lose his best warriors.”. Therefore, peace is considered a defeat by all standards for the Ottomans in Al-Rass.