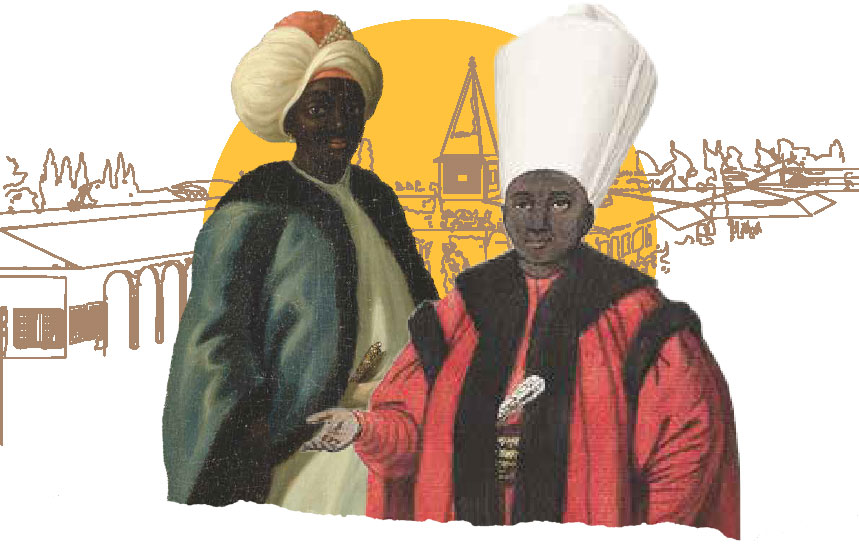 The Secret State inside the Ottoman Palaces

of the Aghas of the Palace

The Ottomans failed significantly in social policy, and the establishment of classes supporting posts in the state and members of the army; as they relied on the children among prisoners of war out of whom they made soldiers; that owed allegiance to them, but these children grew up and later became known as Janissary soldiers, and instead of owing allegiance to the Ottoman sultans, The Ottoman sultans became under their control, moving them as they wanted.

The same happened with “Aghas” whom the Ottoman Sultans brought from far away countries, and trusted them with the palaces and its secrets, they thought that by some measures such as castration they could be put under control; but as usual they were disappointed, as the Aghas became a parallel state inside the Ottoman palaces, and they even became a key party in the conspiracies hatched, and the mean closest to the sultans’ wives to carry out conspiracies and crimes.

Before going into the role of the Aghas and how they created their parallel state, we first point out that the word “Agha” has multiple meanings, and considering the Ottoman Turkish dictionaries, we find it means the master, the head of the family, and the butler in the palaces of the aristocracy.

Some might think that the Aghas in the army were the greatest in this regime; that, if only the Ottoman sultans were concerned with war and the security of their country in the first place. The fact that historical sources indicate is that the greatest of the Aghas and the most dangerous in terms of the roles they played, were Aghas in the palace; i.e., those who worked inside Ottoman palaces.

The Aghas are originally from the class of slaves, for whom the Ottoman sultans established an entire institution to be the first institution of slavery known to human history, working through specific laws and rules that are prohibited to be violated.

As for the Aghas in the palace, they are the most important link in that institution, as they are brought from everywhere. The white-skinned slaves were brought from Hungary and Germany and were called “Aq Agha,” i.e., the white eunuch, and the black-skinned slaves were called the Tawashi servants “eunuchs.” And they were brought from the slave markets in Egypt and Africa; for whom, barracks were established in the Ottoman palaces called “Harem Aghassi” for black slaves, and “Kapi Agha” for white slaves.

The Ottomans established the first complete institution of slavery ever known in the human history, which is the Aghas institution.

In order for the Ottoman sultans to rest assured that their concubines and women would not betray them with these slaves who would work inside the palaces of the Ottoman family, they committed the most heinous crime known in history and forbidden by Islam with explicit and clear texts, which is the crime of castration, so all the slaves working in the Ottoman palaces who serve women, undergo castration, which makes them lose their sexual ability.

The book “An Overview of Egypt”, written by the French doctor “A.B. Clout”, head of the health department in Egypt during the rule of Muhammad Ali (1805-1849), indicates that Egypt was the largest resource, from which the Ottoman sultans imported eunuchs for work, and the two Egyptian cities of Asyut and Girga were famous for that operation in which a group of Christians was assigned to select victims from among the young slaves whose ages varied from six to nine years, and they were brought by caravans from Sudan.

As the author of the book “An Overview of Egypt” elucidates that the Christian groups that were part of that crime for material gain were despised by the Locals, and that the number of eunuchs who were sent annually from Egypt to the palaces of the Ottoman family were only 300.

After this heinous castration operation, the Aghas arrive at the palaces of the Ottoman sultans and to be recorded in a book called “Awjaq al-Ubaid.”, then he kisses the hand of his master, and begins to receive the instructions imposed on him. Such instructions covered everything, started from how to move, how to bow before the sultan or sultana and the level of his gaze, along with prohibiting him from serving questions or talk to an individual.

The Agha system includes ten posts ranking from the lowest to the highest, which created an intense competition between the eunuchs in order to get a promotion that enable them to procure more money or influence, due to such system, many of the Aghas participated in the crimes plotted by the sultan’s harem and the ones who control the promotion process of the Aghas with the female authority they posses over the Ottoman sultans.

The Post of “Kizlar Agha” is the beginning of the eunuch’s gradation, and this post was created during the reign of Murad III in the year (1574-1595), as one of the eunuchs was chosen to be the supervisor and responsible for the eunuch slaves in the Harem if he was of black-skinned, as for the white skinned slaves, their mission is to educate the princes of the sultans and take care of them until they reach adulthood.

In addition to the post of “Kizlar Agha”, another post exists, which is the “Andron”, which means the Aghas whose task is to educate the children of the Dusharma Squad the Ottoman directives, such squad consists of children who undergo compulsory training to make soldiers out of them in order to protect the royal throne thereafter.

The roles of the Aghas were various within the palaces of the Ottoman family, as such roles were not limited to service only; among these, the Ottoman sultans chose their spies, and recruited Aghas to monitor all workers in the palaces of rule, they were also assigned to monitor women and track their movements and conditions. Although it was forbidden for the Aghas of the palace to leave, those who among them, got high promotions, were allowed to go out to perform tasks assigned by the Ottoman sultans.

Historical sources indicate that Mehmed Al-Fatih (1446-1481) was the first to use the Aghas as his spies in the palaces of the rule, especially in the internal struggles between the Ottoman family for the throne. As the wife of Sultan Murad V did, when she sought the aid of Bahram Agha to meet her lover.

The Ottoman sultans used them as spies and they played dangerous roles for the concubines.

Gradually, these roles increased, ranging between espionage, surveillance and plotting, until the Aghas of the palace became the ones who dominated everything inside the palaces of the Ottoman family, and they knew what was going on and upon them depended on the Ottoman sultans in what became like a parallel state, especially since the Aghas were not entirely loyal, as some of them conspired against the Ottoman family, and some of them even loved the sultan’s mistress, as Nadim Agha did when he fell in love with Zbarjad; a concubine and lover of Sultan Abdul Hamid II.

The role of the Aghas has increased since the era of Muhammad al-Fateh, who relied on them in carrying out plots.

Like any secret state, the state of Aghas of the palace within the palaces of the Ottoman rule witnessed intense competition between Agha of the House of Felicity, who was responsible for the black slaves inside the harem and Agha of the Gate of Felicity, who was responsible for white slaves. This conflict continued until it reached its peak in the late sixteenth century AD, when Muhammad Agha arrived Al-Habashi to the post of Agha of the House of Felicity and settled the conflict in his favor.

He contributed to resolving this conflict as he brought the Agha of the House of Felicity closer to the harem of the Sultan, so they supported him. For some, such conflict may be irrelevant to the conditions of people in the Ottoman Empire, but this is not true. The Aghas of the House of Felicity, after they resolved the conflict in their favor, became responsible for various matters in the Ottoman Empire, including managing the endowments of the Two Holy Mosques, and managing some endowments of the sultans, which increased their influence. Also, there are some Aghas who were able to collect huge sums of money illegally due to their influence.

The Aghas dominated the management of the endowments of the Two Holy Mosques and all appointments within the Ottoman Empire.

Moreover, the Aghas of the Gate of Felicity did not lose their influence entirely. Agha of the Gate of Felicity was the one who suggested all appointments and promotions within the governmental apparatus of the Ottoman state to the Sultan, which means they hold the reins, or rather, the Ottoman sultans became under the control of the Aghas; white or black, resulting in the fact that the Aghas of the House of Felicity become more important than the ministers in Ottoman protocol at parties and official meetings.