The three Emirati islands: The Persians occupied them with Western complicity 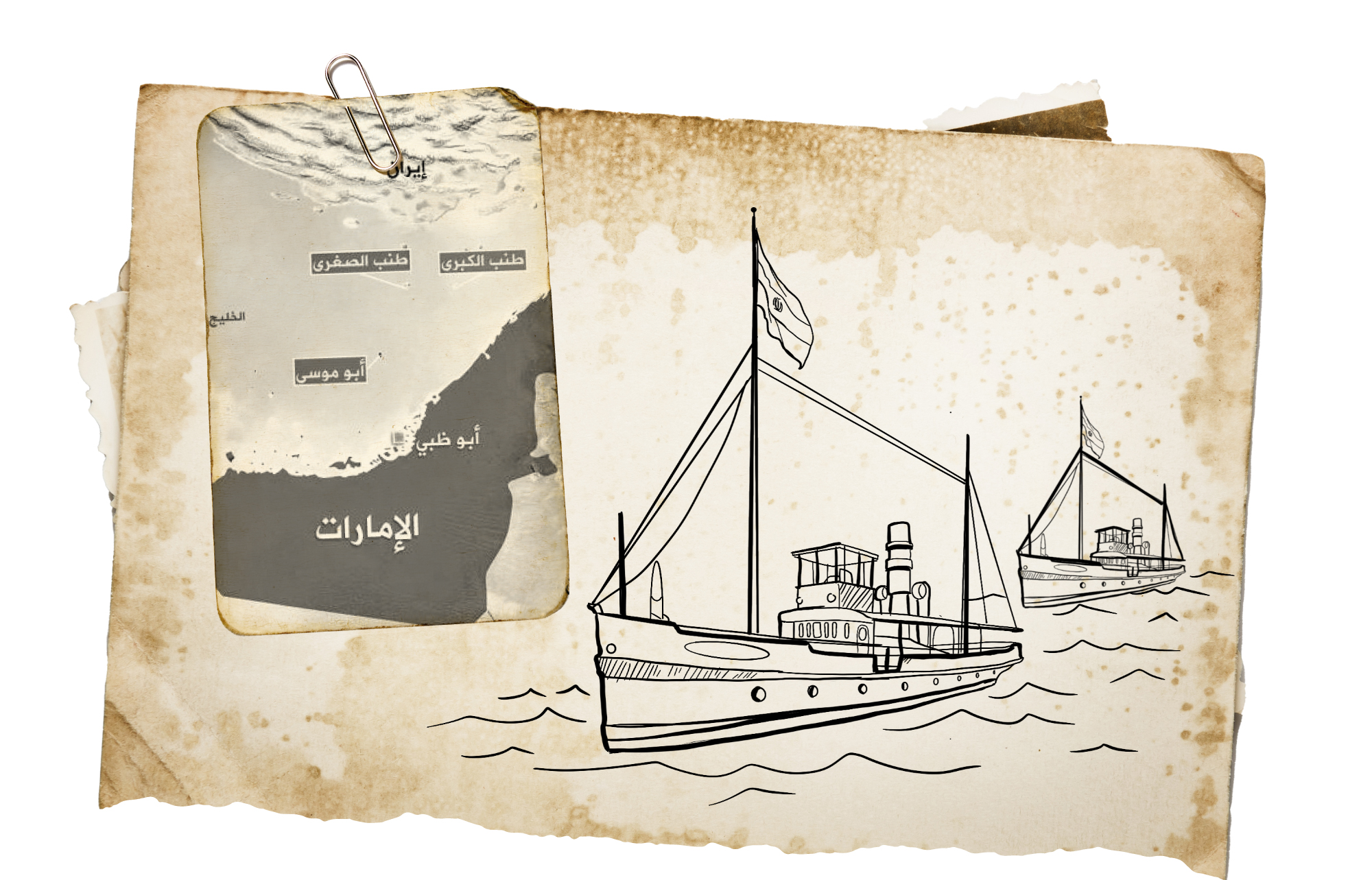 The Persians occupied them with Western complicity

The Persians succeeded in gaining control of four Arab capitals in practice, which indicates that the rulers of Iran continue to use the strategy of subjugating the Arab countries by relying on malicious tactics that have nothing to do with religion and adapt the text to serve a solid ethnic agenda that professionalizes the doctrine to serve the goals of the race.

The Persians were influenced by fanatical nationalism. This made them eager by various means and methods to revive the glory of the ancient Persian Empire. Perhaps what helped the Persians succeed in subjugating some Arab lands is the presence of a third party, either internal or external, colluding against our countries in favor of Iran in return for a set of concessions that Tehran has striven to offer.

There has always been a third party, internal or external, colluding against the Arab countries for the benefit of Iran.

The occupation of the three Emirati islands (Greater Tunb, Lesser Tunb and Abu Musa) constituted a physical embodiment of the Iranian penetration into the Arabian Peninsula, given its important geostrategic location and its mineral capabilities, in addition to being an advanced base for trying to control other countries in the region.

If many of the public consider some small islands not of that strategic and economic importance, this is due to the lack of knowledge of some important details, especially those related to the law of the sea, which gives a set of privileges to countries that exercise their sovereignty (and not their administration) whether on the island or on the territorial waters as well as the continental shelf which may extend to thousands of nautical miles.

The geostrategic importance of the three Emirati islands lies in their extremely important position as strong monitoring points on the coasts of Iraq, Iran and the rest of the Arab Gulf states. They are more important than the location of the Strait of Hormuz itself, which overlooks only the coast of the strait, and they are no less important than Tangiers, Gibraltar and the entrance to the Mediterranean and Aden at the entrance to the Red Sea. Therefore, any power that can impose its control over them will control the political, military and commercial fields, and no other force will be able to escape its control.

The British attitude, which was sometimes colluding and at other times ambiguous, had played a major role in encouraging Iran to extend its control over the three Emirati islands, so the first Iranian claim to these Arab islands appeared in 1904 AD. In that year, the Iranian ship Mozaffari moved towards the islands of Tunb and Abu Musa, carrying one of its customs officials, who is Belgian, so he lowered Al-Sharjah flag and raised the Iranian flag instead.

It can be said that a quick look at the map of the region indicates that Iran succeeded, albeit temporarily, in making the Arabian Gulf besieged and then controlling a large part of the maritime navigation that passes through the Strait of Hormuz. Perhaps this strategic tool is the one that Iran resorts to by threatening to close the Strait of Hormuz and then stop 40 percent of the world’s oil supplies, in addition to the rest of the exports and imports of the Arab Gulf states.

The importance of the three Emirati islands is not limited only to what is strategic or related to maritime navigation and the global trade balance, but also to what is available in these islands of natural bounties and important capabilities, including the mineral riches of iron oxide minerals on Abu Musa Island, in addition to the radioactive granite rocks On Sirri Island.

It can be said that what is exist in the three Emirati islands is rarely exist in another region, where the strategic and military importance met with the economic and commercial importance with the natural capabilities, which makes their continued occupation a serious threat to the Gulf national security, and at the same time its recovery will inevitably lead to changing the balance of power in the region .

If a military solution is not on the table, at least in the context of the current strategic environment, it is possible that the political balance in Iran will change, and the Ahwaz will succeed in gaining their independence, and at that point the balance of power in the region will change.

The internal accumulations can contribute to creating a new strategic environment that restores things to normal and contributes to creating ethnic homogeneity and Arab cooperation between the two enemies of the Arabian Gulf in a way that serves the historical rights of the Ahwaz and contributes to the development of their territories that the Persians have invaded in light of ethnic arrogance that does not respect the Ahwazi Arabs despite the unity of the sect. It is what confirms that the Arab component was never welcomed by the Persians, and therefore a smart strategy had to be developed that would return matters to what was before (1925).