Their racism excluded the Medes and recognized the Achaemenids.. Myths of Persian Culture and Their History 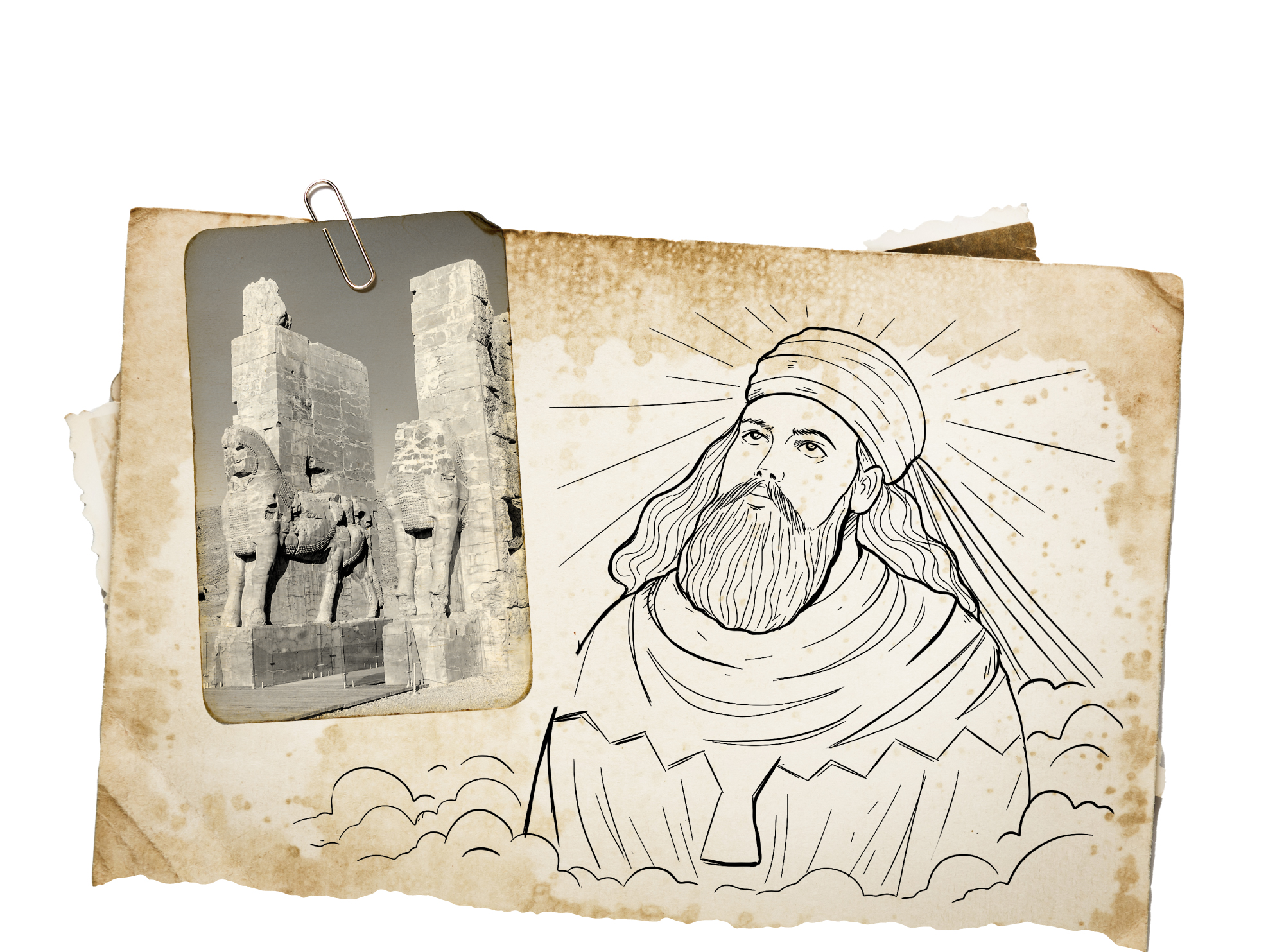 Their racism excluded the Medes and recognized the Achaemenids

Myths of Persian Culture and Their History

The Persians were known in their ancient history as the peoples inhabiting present-day Iran, which is named Persia after them. According to the narratives and manuscripts, their history was mixed with myths in many of its details, especially before they established their state in the ancient history. The Persians are a group of Aryan peoples who speak the language attributed to them, which linguists classify within the Indo-European group of languages.

The first of those myths that shaped the beginnings of the Persians spoke of the Bashdadi dynasty, which claimed that its founder was Kyumars. As usual for the Persians in making superstitions, they linked Kyumars and our master Adam, peace be upon him, as they said that they were one person. This is according to Zoroastrian claims, which are considered a starting point for Persian mythology, considering that Zoroastrianism was the main guide for Persian culture and its components, which still dominate their culture in Iran, and influence their philosophy in religious, life and historical perceptions.

Before entering into the beginnings of Persian history, we must be aware of what the directions of this history are. It was also pointed out that Zoroastrianism is the real guide for Persian perceptions. Although Zoroastrianism as a Persian thought originated in the sixth century BC, it influenced what preceded that date by formulating perceptions and influenced what is beyond it to the present day.

To be more aware of Zoroastrianism, it is the religion embraced by the ancient Persians and attributed to Zoroaster, who most historians believe that he had lived in the sixth century BC. It is noteworthy that its geographical home is in the area known in the past as Medea region, west of present-day Iran. From here, some indicate that the original language of the Holy Persian book “Upasta” was the ancient language of the Medes from which Zoroaster began. Their holy book is also called “Avesta”.

As in the Persian myth, which spoke of the founder Kyumars and linked him with Adam, peace be upon him, they linked his wife Elda with Eve. This means that the Persian culture monopolized the origin of humans in their culture and explained it through their myths.

Persian myths say that the Kyumars dynasty continued until the rule reached Jamshid, who is the largest king of this dynasty. After him, the kingdom deteriorated and collapsed, after which the Kayanian kingdom came with its first king “Kayqubad”.

In addition to the fact that all these narratives in the Persian culture are mythological and formulated by the same Zoroastrian religion, they are weak in the face of research and scrutiny and they are illogical as a result of the fact that the Persians have racism of their gender and culture that cancels out the other global cultures. Therefore, whoever investigates these many Persian myths in their very ancient history will find that they intersect with ancient Greek myths as well, especially with the beginnings of humans and the struggle between their gods. This confirms the state of imitation between ancient cultures in their historical interpretations.

As soon as the ancient Persian history ends from dealing with the Kayanian kingdom, it begins with the Medes, who dates say that they came as Indo-European human groups at the end of the eighth century BC. They are the ones who were referred to by the Assyrian monuments as a different and scattered people who migrated from Caspian Sea to Medea, north of the Iranian plateau. They expanded and controlled their surroundings until they were called the Medes.

The Greek historical books talked about the Medes. Perhaps the most famous person who spoke of them is Herodotus. It is noteworthy that the mixed people of the Medes were the ones who destroyed the Assyrian state, but this stage took a long time. The beginning was with the Assyrians attempt to expand at the expense of the Medes, who were living a nomadic life without being politically united until they were united through a period of history under the leadership of Diakos, who made Hamadan his capital. He and his successors after him entered into a rival conflict against the Assyrians until the reign of Hokhshtar, who undermined the kingdom of Assyria after he allied himself with the Babylonian kingdom.

He and his successors after him entered into a rival conflict against the Assyrians until the reign of Hokhshtar, who undermined the kingdom of Assyria after he allied himself with the Babylonian kingdom.

The state of the Medes remained until it ended with the establishment of the Achaemenid state and its king Cyrus the Great in (550 BC), which all Persians consider the actual beginning of Persian history. Here, many specialists wonder why the Persians and their historians neglected the state of the Medes and considered that the real Persian history begins with the Achaemenid state in the middle of the sixth century BC.

There may be a number of reasons, but the closest is that the Persians have historical racism, which makes them ignore the Medes because they are a mixture of races, which are said to have included many nations, including the Kurds. Therefore, the Persians fear that they may consider the Medes as Persians or the beginning of the ancient Persian political history while they know that they were a mixture of immigrant non-Persian races even though they established their kingdom on the land of Persia.

By the way, some historical studies confirm that the Kurds are an extension of the Medes people, and therefore this hypothesis confirms that the Persians did not care about the history of the Medes.

There is also another reason that may be one of the reasons why the Persians did not take care of Medes’ history, which is that the Medes allied themselves with the Babylonians politically and united to undermine the Assyrian state. This made Cyrus consider the Babylonians his enemies. The Persians were not a part of the alliance that existed before that, given that they believed that the Medes were not part of the Persian culture. Cyrus also entered into a war with the Babylonians until he ended their state in (539 BC).

The focus of the Persians on the Achaemenid and Cyrus is due to the fact that he was an expansionist, as he occupied Mesopotamia, Syria and Palestine after overthrowing the Babylonians. He also expanded in eastern Iran until he reached Caspian Sea, where he caused great massacres mentioned in the ancient history. Nevertheless, in the end, he fell dead in his battles in eastern Iran in (530 BC), where it is said that his head was cut off and placed in a basin as a metaphor for the massacres he had committed.

After Cyrus was killed, his son Cambyses, whose expansionist ambitions were like his father, ruled the kingdom. He arrived in Egypt with the help of the Jews. The actual start of the Jewish-Persian alliance was during his reign, especially that Cyrus had previously ended the issue of the Babylonian captivity of the Jews and saved them. Therefore, the relationship between the Jews and the Achaemenids was very good.

The Achaemenid state lasted until (about 330 BC) and ended after it faced the forces of Alexander the Great. During its history it had a tense and racist relationship with many of the peoples around it.