They attempted a political manipulation by changing the balance of powers The Founder, King Abdulaziz cut off the Ottoman hand of treachery that tried to interfere in the Arabian Peninsula 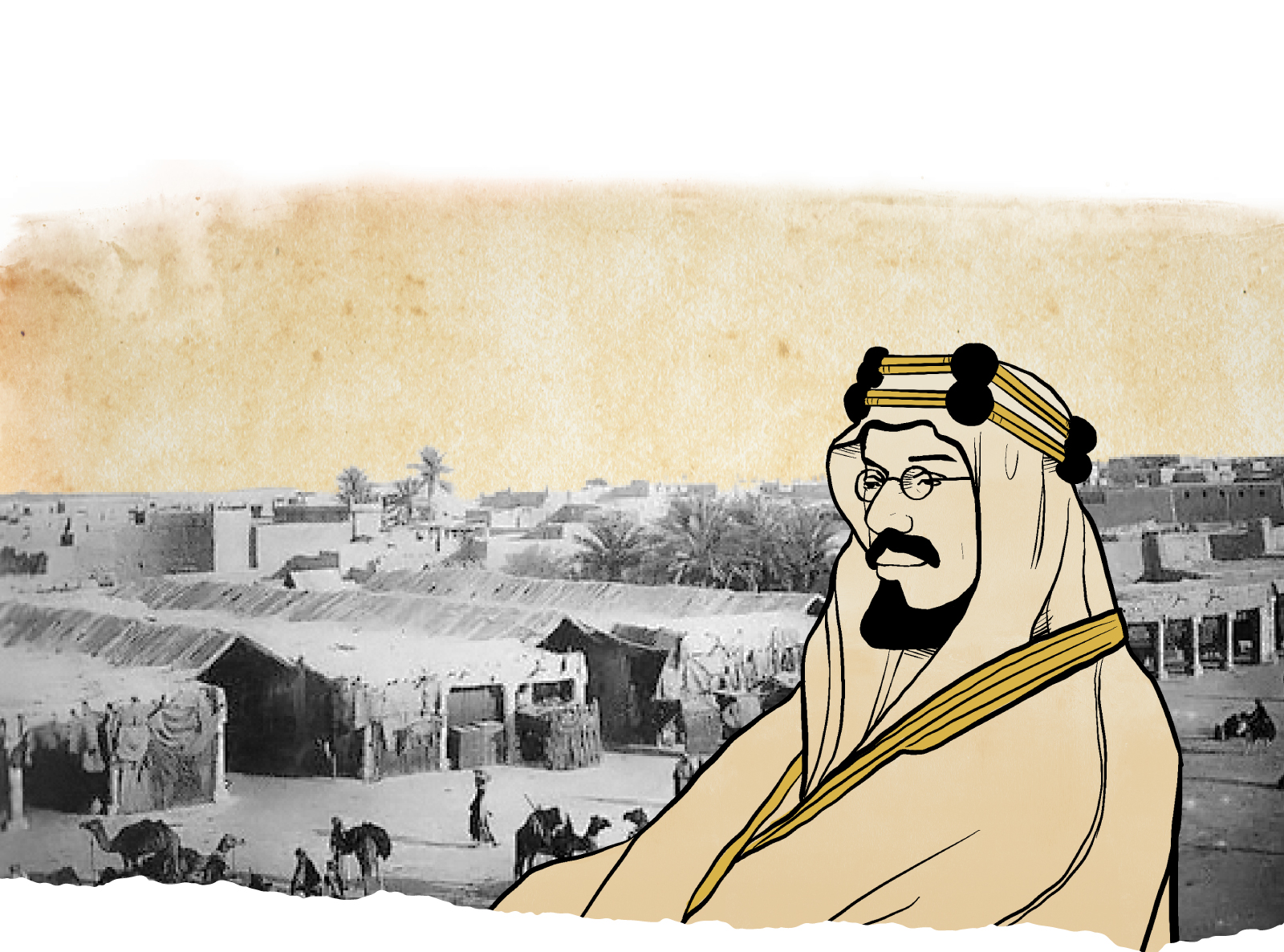 They attempted a political manipulation by changing the balance of powers

The Founder, King Abdulaziz cut off the Ottoman hand of treachery that tried to interfere in the Arabian Peninsula

The victory of King Abdulaziz bin Abdul Rahman (may he rest in peace) in Al-Qassim and his ability to defeat his opponents after the Battle of Rawdat Muhanna (1906), and the subsequent events and changes in the positions of some local forces presented a dangerous warning, prompting the Ottoman Empire to be extremely cautious about its influence in the Arabian Peninsula and the influence of these local power that submitted to the Turks.

Therefore, the Ottoman Turks sought to use several methods to limit the commencement of the Saudi unification movement led by the founder, King Abdulaziz; they took the method of conciliation and approval ostensibly as a way to do so. While in fact they provided direct and strong hidden support to the local forces subservient to them, in order to fight back King Abdulaziz, and to ensure this, the Ottomans sent a large shipment of weapons and ammunition to one of the local founder’s opponents via the Hijaz Railway, and encouraged their governor in Hijaz, Sharif Hussein bin Ali to conduct a military move against King Abdulaziz, in an attempt by them to overturn the situation and change the balance of powers against King Abdulaziz, to facilitate the idea of ​​attacking the Saudis from the Persian Gulf, as they were occupying Al-Ahsa at that time.

King Abdulaziz’s recovery of Al-Ahsa and Qatif and the fact that he managed to expel the Turks from both regions, was a great shock to the Ottoman Empire and other regional powers in the area, as he robustly turned the scales of the situation in favor of the Saudis to be united. due to the importance of Al-Ahsa as a strategic location on the coast of the Arabian Gulf, and a portal to the outside world. The Ottomans tried to send a military force from Iraq by sea to re-occupy Al-Ahsa and Qatif, but international circumstances and their weak and deteriorating position at the time prevented them from implementing that scheme, so the Turks took another approach, in an attempt to find an appropriate political solution between the two parties, so they sent a delegation headed by Mr. Talib al-Naqib and met in Sobeihiya with King Abdulaziz in an attempt by the Ottomans to lure King Abdulaziz in their favor.

The Ottomans were not satisfied with the political move, but they took another path, which is to support the local forces who stood against Saudi unification, with money and weapons, as happened with Wahib Pasha, who agreed with the Turks to provide him with four columns to march towards Al-Ahsa and occupy it after it was recovered by King Abdulaziz. The meeting of Al-Subayyah spoils that scheme. As a matter of fact, the Ottomans were unable to carry out military action against Al-Ahsa.

The Ottomans publicly pretended to conciliate while they were secretly supporting opponents with weapons and money.

The founder, King Abdulaziz, was aware of the double Turkish role, in dealing with him peacefully from one side and treacherously by supporting local and tribal forces against him for many years, on the other. We find this clearly stated in his many important correspondences, in which he revealed the link between these local and tribal forces closely with the Ottoman Turks, and confirmed by documents preserved in the archives, and that they were like tools manipulated by the Turks to move against the Saudis, sometimes with money and other times, with weapons. This was support for the forces opposed to King Abdulaziz, with the aim of changing the political conditions in favor of the Turks and in favor of the forces that submitted to them and their colonization.

Correspondence with King Abdulaziz revealed his awareness of the ploys of the Ottomans.

King Abdulaziz managed to firmly and robustly stand against the Ottomans, after his great victory by which he expelled the Turks from Al-Ahsa. This victory was a significant strategic victory, considered by some thinkers an act of wisdom, where he challenged the surrounding internal conditions, the international changes, and the deterioration of the Ottoman Empire’s conditions. Therefore, King Abdulaziz sought to take proactive steps in order to recover Al-Ahsa with intelligence, experience, and cunning, and to robustly confront the local forces allied with the Turks against him, and with determination to increase his Influence in Arabian island.