They executed Mani and chased after his supporters everywhere.. The Sassanids persecuted Manichaeism in defense of the religion of their Zoroastrian empire 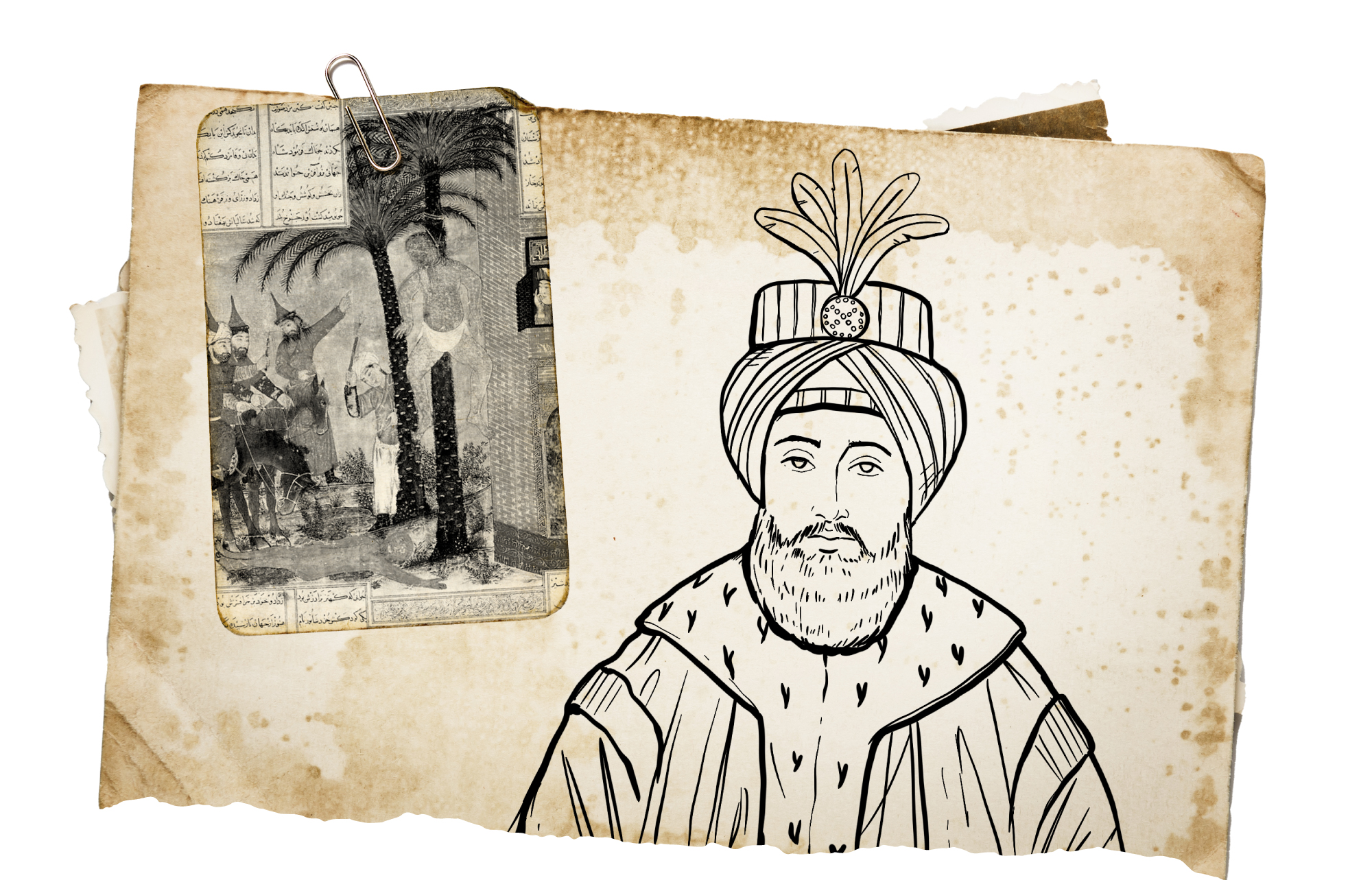 They executed Mani and chased after his supporters everywhere

Mani looks at man with a philosophical look, as he sees the mixture of good and evil in him. Mankind possesses both good and evil mind. Thus, according to Mani, the world and man are based on the idea of ​​contradiction, the contradiction that is represented by the duality of light and darkness, as neither of them will end, nor will one be connected to the other, and that they have always existed and will always remain.

Although Mani looked into the previous heavenly religions, he took a stand in which he rejected the Torah completely, and on the contrary, Mani accepted the Gospel, and even deemed himself as the last of Jesus’ disciples. He wrote his main book in the Pahlavi language, while he wrote his other books in the Syriac language. It is said he had devised a type of script borrowed from Aramaic.

The spread of Manichaeism first began in Babylon, and reached Syria, Palestine, and the ancient Nabateans, and also reached Egypt and to North Africa. In the era of the Sassanid state in Persia, an important and dangerous shift occurred in the Persian state’s view of religions. This was done by King Ardashir, founder of the Sassanid state; As he saw that the state and religion are twins, and one does not exist without the other, so the Sassanid state abandoned the issue of freedom of religion, and the Iranian historian Hassan Pernia describes this new situation, saying: “The Sassanids adopted the religion of Zoroaster as the official religion of Persia, and it did not have an official religion until that time.” The peoples of Persia were free to convert to a religion acceptable by every people, or even every individual.”

And here specifically, Zoroastrianism turned into the official religious system of the state, and thus began the persecution of the followers of other religions, especially Manichaeism. The highest form of persecution was the arrest of Mani himself by order of King Bahram I and to torture him alive; He was flayed alive, and when he died in the year (277 AD) his body was hung on two arrows in the city of Jundishapur, and this horrific sight continued to be shown to the people, in order to terrorize the Manichaeans and urge them to leave Manichaeism and convert to Zoroastrianism, the official religion of the Persian state.

The Sassanid King Bahram I flayed Mane alive and made him a horrific example for the people of his time and his followers in the year (277 AD).

The hostility of Zoroastrianism to Manichaeism continued even after Islam and the fall of the Persian state; Abd al-Wahhab Azzam tells us about one of the important Zoroastrian books that dates back to the third century AH, which is the book “Shakand Kamanik Fajjar”, which translates into “The Indisputable Fact.” This book is a defense of Zoroastrian dualism, mainly against the beliefs of Manichaeism, but also against Judaism, Christianity and Islam.