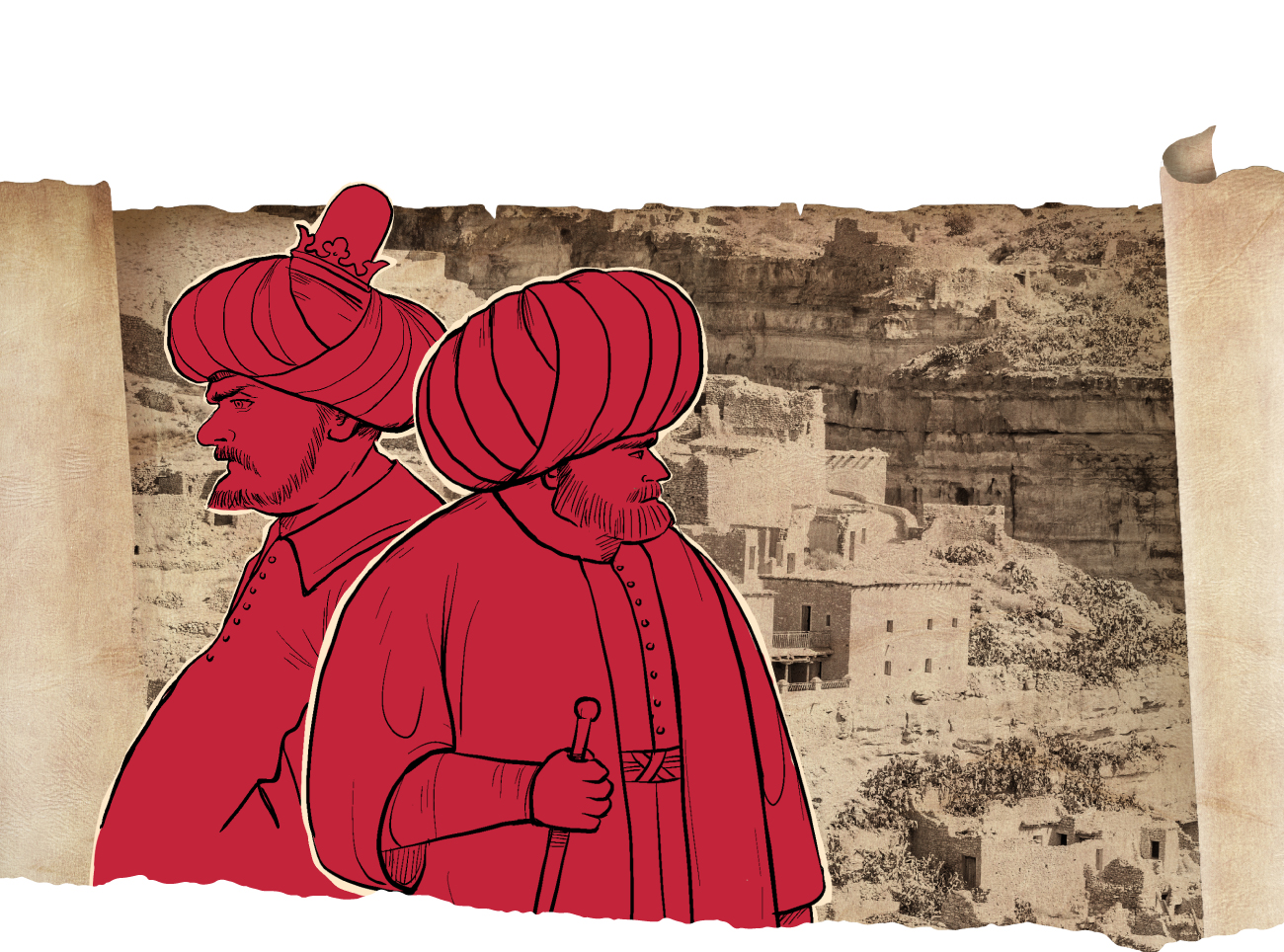 They got the people of Algeria into the trap

“The Barbarossa brothers” They betrayed the Arabs in the Ottoman style

The Ottomans let the Muslims of Andalusia down and let them face their fate against the Spaniards and the Portuguese to be a weak prey. They were not satisfied with that, but they coveted the spoils obtained by the Spaniards after they moved from Andalusia by striking the coasts of the Maghreb in North Africa and trying to place garrisons on the borders.

In order for the Turks to win the round in seizing spoils by occupying a new Arab geographical area, they knew that the Muslim Arabs were forced to seek help from them on the basis of the common religion, although the minds at the time had not forgotten what the Ottomans had done in Egypt after they overthrew the Mamluks in the second decade of the sixteenth century. Their entry into Cairo was no less criminal than what their cousins, the Mongols, did when they overthrew Baghdad, as they openly committed sins, desecrated honor and money, enslaved people, and plundered resources and goods.

Those who let Andalusia down were able to oppress the Maghreb with criminality, tyranny and ignorance.

The Algerians were like the ones who jumped out of the frying pan of the Spaniards into the fire of the Ottoman Turks who entered the waters of the Mediterranean at this critical period in the history of the Islamic world and the Arab region in particular. In the beginning, their entry was not, as some historians claim, to support the Andalusians as much as it was a transfer process and a contribution to the displacement of Arabs from Andalusia to the Arab shores of North Africa in agreement with the Spaniards from the Iberian shores.

The Spaniards were well aware that the collapse of Andalusia for the Muslims and its Arab population would not pass merely by subjection to the Inquisition and organized displacement with the help of the Ottomans, who threw the Arabs on the beaches while transporting the Jews of Spain to the Ottoman Empire in Istanbul with affection and love.

Therefore, the Spaniards wanted to transfer the battlefield with the Arabs of Andalusia and the Muslims supporting them to the Arab regions in the Maghreb. They did this in order to make them busy preserving their land instead of demanding their return to Andalusia, especially since the Arabs who came to the Maghreb believed in their return and the liberation of their land, but with the scenario imposed by the Spaniards, the Andalusians became in another situation trying to keep the new land away from repeating the Spanish tragedies.

Scenarios occurred in history that portrayed the presence of the Ottomans in the Maghreb as the protectors of religion and land, while the historical reality was telling an organized crime that began with the arrival of two pirates belonging to the Ottoman Turkish culture. The details of the scenario began following what the Spaniards put along the northern coast of Africa, starting from Tripoli in the West to the Far Maghreb, from military stations that the Spaniards made as benefits for them. That matter posed a threat to the Arab-Islamic presence in North Africa, and this explains the Spanish strategy in protecting their gains in Iberia by transferring the geography of the conflict.

In light of this turbulent conditions in the countries of the Arab Maghreb, the story of the pirates of the Ottoman Empire, Aruj Rais, known as (Baba Aruj) and Khidr Rais, known as (Khair Al-Din Barbarossa) began. The word “Rais” in Arabic referred to the masters of Ottoman ships, and the title changed later in the seventeenth century to “Captain”.

The brothers, Aruj and Khidr, are of Greek origin, specifically the Island of Lesbos (Greek: Λέσβος). Their father, Jacob, was taken in 1462 from a Genoese family that inhabited the island during the days of Mehmed II. His two sons, “Barbarossa”, had their naval activity in the eastern Mediterranean, especially in the operations that served the Ottomans against the Knights of Rhodes island. After that, their activity moved to the western Mediterranean, as the island of Djerba – between Tripoli and Tunisia – became, since 1510, the center of their operations, and then their maritime activity moved to the port of La Goulette in Tunisia.

When the people of Algeria were affected by the Spanish attacks, the military stations and garrisons that threaten them, they resorted to the Barbarossa brothers, thinking that the Ottomans and their pirates would be a protective shield for them from the Spaniards. Therefore, they made it easy for the Barbarossa brothers to reach the city of Algiers and the Spaniards tried to get them out of Algeria by sea, but they failed in that. Aruj remained in Algeria and the Spaniards were besieging him. He was severely injured in the siege confrontations, as a result of which he died in 1518.

With the death of Aruj, Khidr Rais, who was known by the nickname Barbarossa, meaning the one with the red beard, took his place. Realizing that he could not face the Spanish challenge in the Maghreb region alone, he worked to contact the Ottoman capital, Istanbul, and announced in 1520 that Algeria had become occupied by the Ottomans under the name of an Ottoman state. The Ottoman Sultan Selim I sent a firman to Barbarossa assigning him to rule Algeria. He also sent some warships and two or three thousand soldiers. He allowed volunteers to be sent from Anatolia to Barbarossa and granted these volunteers the privileges of the Janissaries.

The Ottoman Navy was not powerful enough to compete with the European naval force, especially after the successes achieved by the European alliances in the eastern Mediterranean, so the Ottomans chose Barbarossa to be the right man to save their navy from dangers. Therefore, the Ottoman Sultan appointed him as a general Prince “kurcu başı or beylerbeyi” and made him the supervisor of all the Ottoman naval arsenals.

Barbarossa made an attempt to turn the Mediterranean into an Ottoman Lake, as he seized Tunisia in 1534, but this strike provoked the Tunisian local powers, which couldn’t defend their land in the face of the pirates, as the Spaniards occupied the city in 1535. The battles continued in the eastern Mediterranean basin through hit-and-run tactics.

Although the war was going on between the local powers and the Spaniards, and then the Turkish pirates later intervened, Aruj and Barbarossa did not want to miss the opportunity when they were allowed to show the Ottoman racism and to exaggerate the humiliation and torture of the Arabs through their dictatorial nationalism, to convince the Arabs that they are a lower class than them.