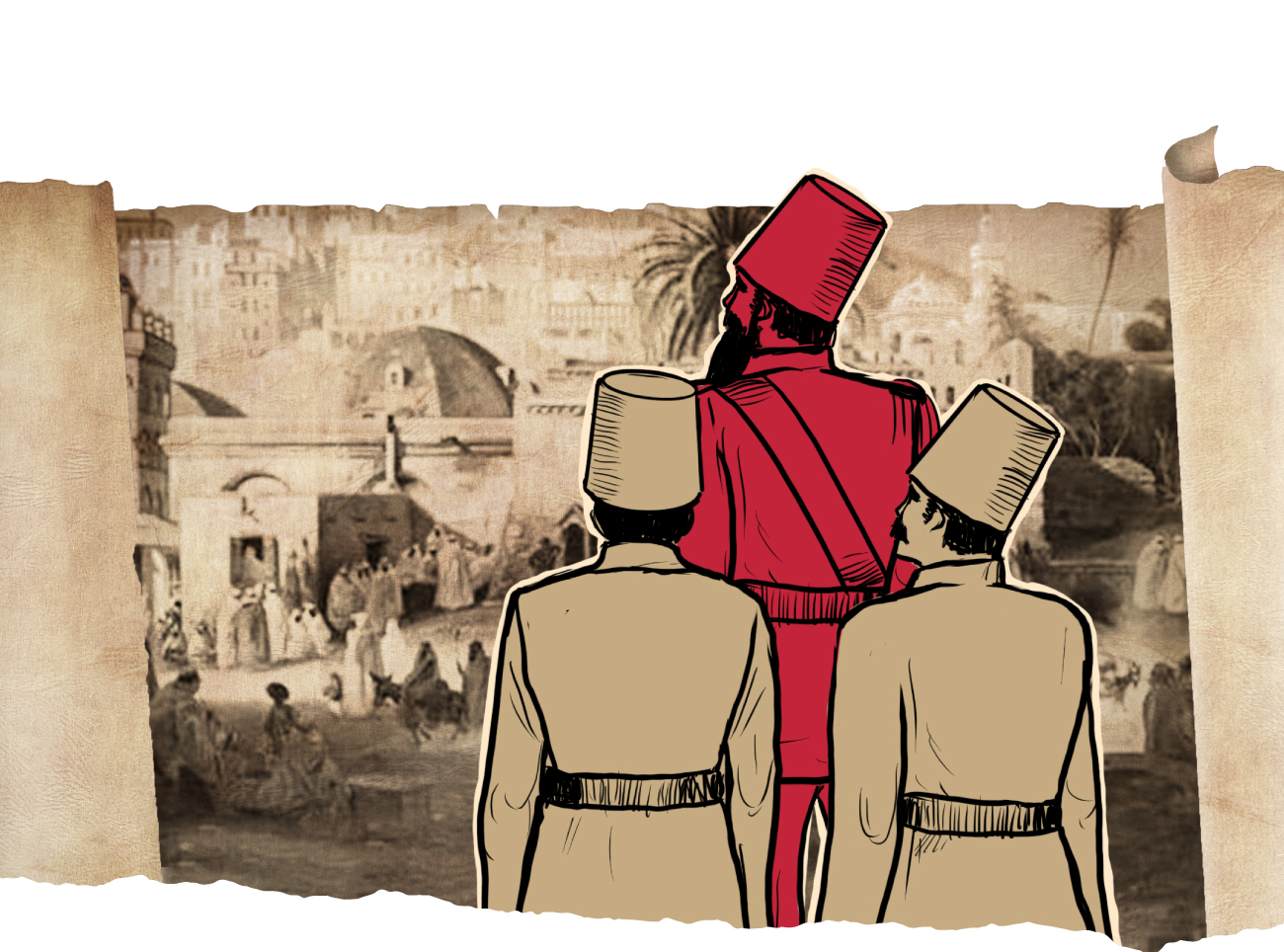 The rule of the Ottoman pashas in Algeria

There will be no worse than a nation led by its inevitable fate to be under the banner of the Ottoman Empire. Only then, history begins to write the pages of blood, theft and deterioration. And Algeria was not an exception to the Arab world. As The Ottomans entered Northern Africa under anxious conditions in the region, the Spanish and the Portuguese continued their racist policy against Muslims. It was not enough for them to have the Muslims expelled from Andalusia, but rather, they transferred this policy against Muslims to North Africa, and, indeed, northern Africa almost fell under their occupation.

At the same time, the political entities in Morocco were characterized by fragility; in addition to, the rivalry among them. In such conditions, the Barbarossa brothers found their way to settle in the region. And the Ottoman Empire managed to occupy most of northern Africa, under the faked slogan of protecting Islam and Muslims from the attacks of the Spanish. But, soon, their lies were unraveled, and the people learnt about their anti- Arab- hateful strategy. Therefore, local opposition was formed to fight the Ottoman occupier in the region.

As the Ottoman occupation went on, the Ottomans started facing administrative and financial problems; in addition to having problems with the people, themselves. Most historians agree that the period that came to be called the rule of the Pashas in Algeria (1587-1671), was a difficult period in the history of Algeria as problems arose, and affected on the people of Algeria.

Ever since 1587, the Sultan, in Istanbul, got used to sending governors from his side to Algeria, and they were, in fact, strangers to Algeria. That is, they knew nothing about the area. The pasha was appointed for a term of three years, but history proves that it is rare for any pasha to complete his term. Like other Ottoman pashas, the Pashas of Algeria, bought their positions with money, and therefore, they had to compensate for that through taking money from the poor, i.e. through taxes, adding to this were the problems of the military system. To explain, soldiers represented the center of power for any pasha, hence, the pashas were to collect the largest possible amount of money under the tax or other clause to pay the many obligations on them, especially the salaries of the soldiers and gifts, with which the Pasha approaches the Sultan and his train.

With the weakness of the Ottoman Empire, in general, it got worse in the states, in particular. As the Ottoman Empire followed the policy of continuous change of these pashas, this led these pashas to raise as much money as possible during their short reign. This was done by imposing additional, illegal taxes, which weakened the position of these pashas and made them the object of the indignation and grumbling of the people. The people provided for their own food. Therefore, this period, in particular, witnessed many tribal revolts against the regime, and the influence of local leaders increased sharply at the expense of the central authority.

And in 1659, the conditions got worse when the Janissaries decided to strip the Ottoman Pasha of his actual powers, and transferred his executive powers to their leaders, the Aghas of the Janissaries. Thus, the Pasha became just an honorary representative of the Ottoman Sultan.

The Egyptian historian, Shawqi Al Jamal, describes the state of Algeria under the rule of the pashas, saying: “Some historians compare this period of Algeria’s history to the period of chaos in Roman history, when soldiers were entrusting the affairs of the empire to those who agree with their whims. Therefore, the Pashas’ focus on their own affairs and on how to increase their wealth had been one of the factors led to their loss of their prestige.”