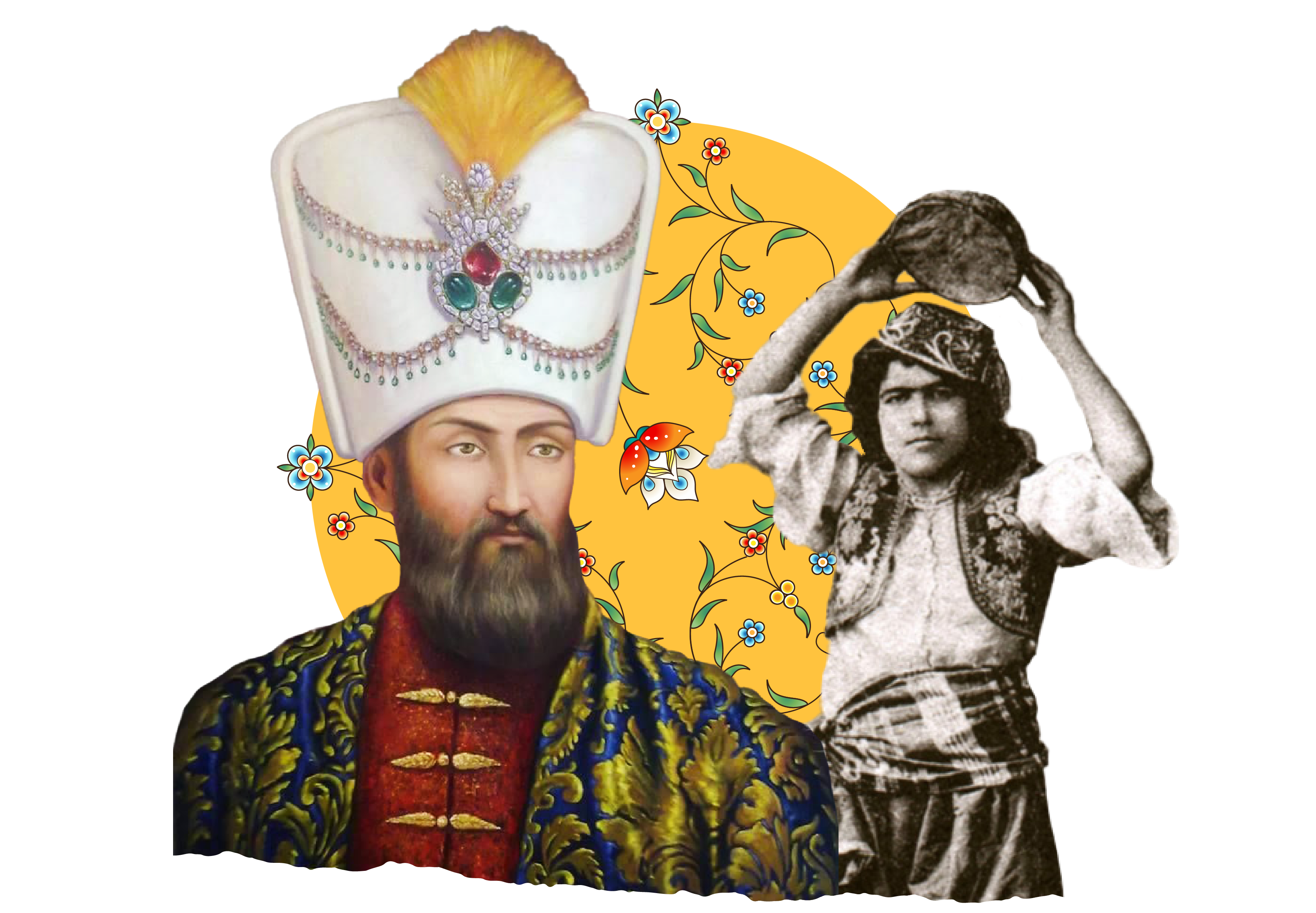 They legalized and spread Prostitution in the Muslim Countries

the state that issued a legal fatwa to permit "indecency"

How can we relate what the Turkish sultans did of spreading immorality and depravity, and promoting Prostitution among Muslims and Arabs; Was it due to their decadent human nature despite their claim to rule in the name of Islam? Or was this a method followed by the Ottoman family to destroy the Arabs who despised them after the Arabs ruled the world and ruled with justice and equity?

This question where a lot of historians gazed upon, and were astonished by the extent of the Ottoman Empire’s enslavement of the human body, in spite of its claim to rule by Islam, which honored man and preserved his body and soul, and their sultans – falsely – were called “caliphs.”

Although the phenomena of homosexuality and Prostitution are as old as humanity and were witnessed by all the empires of history, but in the end, it was mere abstract phenomena reprehensible by people of common sense, and in many times those who committed these acts were punished, but the Ottoman Empire was the first to do nothing, but legalized immorality and depravity. It permitted it for all. On top of that, it stepped out and spread Prostitution, which is a broader concept than homosexuality and Prostitution.

The system of laws that permitted and encouraged Prostitution was not issued during the reign of a single sultan or a time period with specific circumstances, as a matter of fact, many of the Turkish sultans participated in this, which prompted historians to consider that the Ottoman family members were the sultans of Prostitution in word and deed.

Suleiman the Magnificent (1520-1566) legalized Prostitution according to a fatwa issued by his state mufti Abu Al-Saud Effendi in (1531), completing the journey of Mehmet Al-Fateh (1444-1481) in abolishing the punishment of sodomy, and in a late period the reign of Abdul Majeed I (1823-1861), who ordered the opening of brothels for homosexual acts without any penalty.

Suleiman the Magnificent issued the first law to permit Prostitution

As for the means used to legalize Prostitution during the reign of Suleiman the Magnificent, it is by going back to the historical contexts in the year (1531) where the Gypsy tribes rebelled against the Turkish sultans; and to contain this crisis, as mentioned by the historians “Ahmet Akgündüz and Said Ozturk”, two of the most prominent defenders of the Ottoman family, in their book. “The Anonymous Ottoman Empire.” Suleiman the Magnificent resorted to founding the “Gypsy Sanjak,” a law requiring the formation of Gypsy military battalions under the jurisdiction of the Gypsy ruler, which was later known as the “Gypsy Law in the Rom Eli Eyal.” This law included – for the first time – the imposition of taxes on the illegal sexual practices of Gypsy women, which was the first official legalization of Prostitution. Fees at the time amounted to one hundred akçe per month from Gypsy women.

Despite the attempts of the historians “Ahmet Akgündüz and Saeed Ozturk” to bring into view that the legalization of Prostitution was due to certain circumstances that forced the Turkish sultans to take such decision, the incidents that occurred thereafter states: This is not true and that spreading depravity was only a methodology among the Turkish sultans, after they made their country full of bars and brothels, they began to promote this in the Arab world.

Historical sources refer to the grounds led to this Ottoman act, including that they intended to force Prostitution into the community, dismantling the unity of the Islamic family and spreading disintegration and immorality as a prelude to controlling everyone; in addition to creating a new generation that is only interested in pleasures and satisfying desires, something that ultimately serves their interests. As confirmed by historical narratives, this was one of the reasons for the weakness of the Arab world until the twentieth century, before the Turks were expelled from it.

The Levant was the closest and largest arena where the Ottoman Empire’s pashas were able to spread abnormal phenomena, and as the Syrian historian Ahmed Al-Budairi explains in his book “Damascus Daily Incidents”, in the era of the Ottoman Empire “corruption increased, People were oppressed, and shameless and senseless prostitutes increased in the markets at night and day.”

The influence of prostitutes was evident, despite living in a conservative societies such as Levant, but in the end, they were protected by the Turkish sultans who did not care about anyone, and “Al-Budairi” narrates that there was one of the prostitutes who fell in love with a Turkish boy then that boy got sick, so she vowed to herself if he recovered she will throw him a party, and when the boy recovered, the prostitutes of the country gathered and walked in the markets of the Levant, carrying candles and lanterns, singing and clapping their hands, so the people were only shouting “God is great,” meaning that God is able to rid them of the Ottoman family, the sultans of Prostitution.

Instead of the Turkish sultans concentrating on the borders of the country and securing them, and providing a safe life for Muslims; they assigned military contingents whose mission is to supervise Prostitution, and this what happened in Cairo, as the Ottoman historian Evliya Çelebi elucidate, whose book “The Journey to Egypt, Sudan and Abyssinia” reveals that the profession of Prostitution that was brought by the sultans of the Turks in Cairo, was carried out under the supervision of the Ottoman military contingents of Ojaqs, and the Prostitution networks in Cairo took an organizational form divided into prostitutes, cuckoldom and pimps.

Muhammad Niazi in his book “Crimes of Prostitution – A Comparative Study” sheds more-light on the institutions of Prostitution in Cairo, explaining that in the last quarter of the seventeenth century, prostitutes were registered in the police records and their numbers were counted, and the police kept these records, which include the names of prostitutes; women and men for tax purposes.

Abd al-Wahhab Bakr explains in his book “Cairo’s Secret Society” that there are three leaders who supervised the profession of Prostitution in Egypt, one in Cairo, the second in Bulaq, and the third in Masr El Qadeema, which are separate Egyptian regions, and they were all under the management of the police chief, which means that the Ottoman Empire adopted Prostitution as a central pillar of its rule.

Prostitution became a business from which they collected taxes.

In Algeria, another aspect to the system of prostitution among the Turkish sultans was discovered. The American historian William Spencer says in his book: “Algeria in the Era of Rayas El Bahr” that the profession of prostitution in Algeria was based on Turkish arrogance, at a time when they made women of all races available to satisfy wild instincts. For the Ottoman soldiers, they were strict in preventing the Turks from practicing this shameful act, and they put special guards on the Turks specifically to monitor them.

This racial superiority of using non-Turkish women for prostitution, eventually led to the creation of another heinous phenomenon, which is that the soldiers of the Ottoman sultans – especially the Janissaries – preferred to engage in wars in the Levant, Egypt and Algeria in order to have fun with prostitutes; as the Turkish women are forbidden to do so except with the Sultan.

Historical sources also suggest that the main tax base during the era of the Ottoman Empire was prostitution trade and slave markets that spread in all the countries ruled by the Ottoman sultans who encouraged and promoted this.