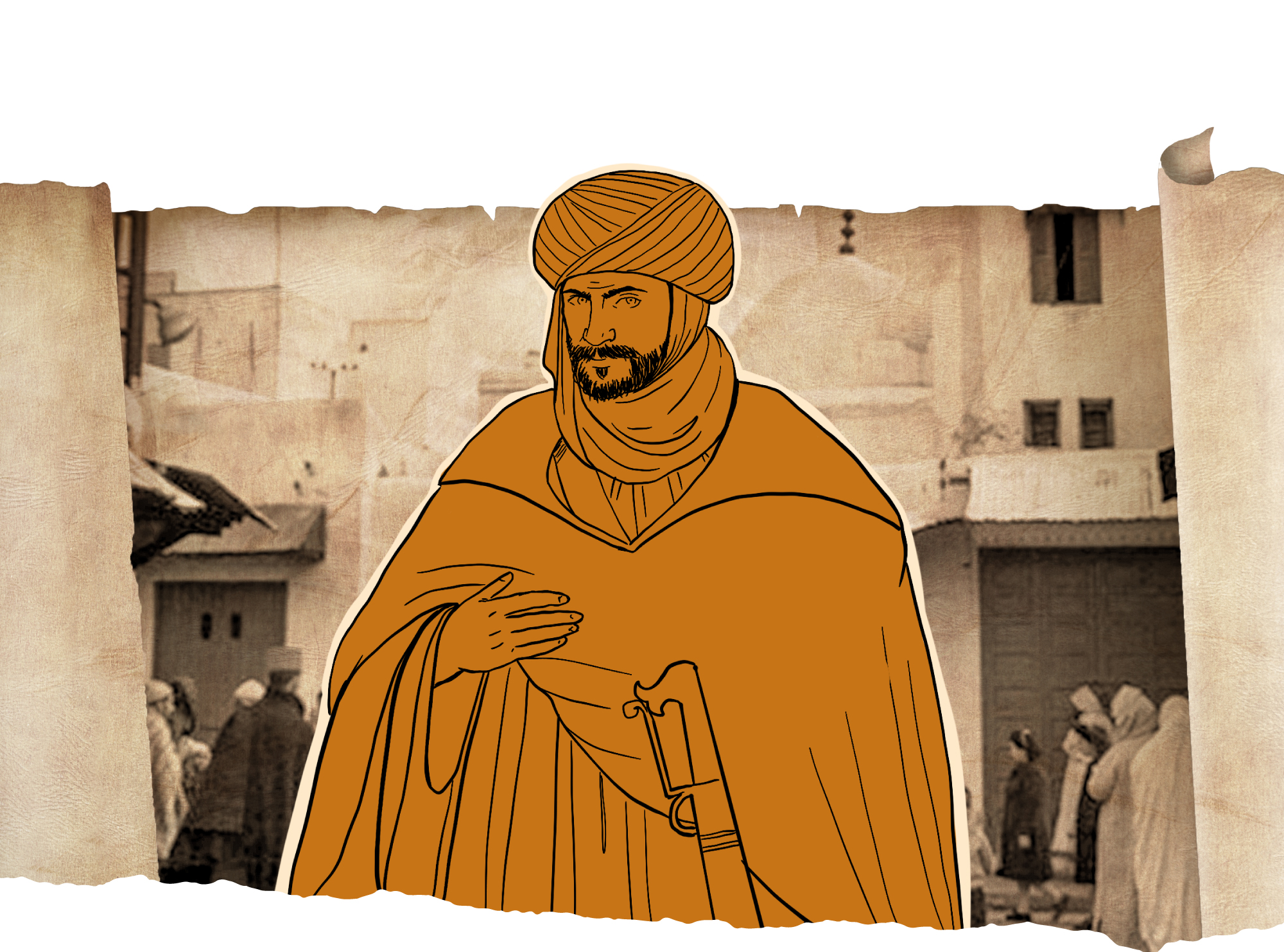 They oppressed the people and desecrate the city

The Ottoman crimes in Fez

Each country has a trail and signs from which you can conclude the events that have passed here. When you find that the land was watered with the blood of innocents, prisons were filled with the oppressed, civilizations were demolished and mosques were desecrated, you know that the Turks were here. Those are their habits, character and creed.

The Turks passed through the Moroccan Fez, but before exposing their crimes, it must be said that Morocco is the only political entity in North Africa that did not submit to the Othman family, although it remained a constant strategic goal in the expansionist agenda of the Turks. This Moroccan exception is based on the presence of the Moroccan nation, which is distinct in behavior, heritage and civilization.

As usual, the Turks watched the internal political situation in Morocco, waiting for circumstances that would prompt them to intervene, such as splits at the level of political authority or the presence of a popular mobilization demanding to unite under the banner of the Ottoman Empire. The Turkish state specifically chose the latter to be active in by trying to lure many jurists to its side and turn them into a fifth column that would promote the agendas of the Ottoman Sublime Porte in Morocco.

In this context, the Turks supported Abu Hassoun Al-Wattisi to fight the Saadian state, so they entered the city of Fez in 1554. Immediately after their occupation of the city, they practiced all kinds of corruption and oppression, and manifestations of immorality spread among them. They reached the point of attempting to overthrow the Wattasid Sultan himself. This is what Abd Al-Rahim Benhada, the investigator of the book of “The History of the Saadian-Tekmdartian State”, dealt with by saying: “When the Turks saw the beauties of the country, they liked it and took the decision. They wrote that desire and sent it to Algeria and wanted to overthrow Abu Hassoun. He gave them the freedom to do anything and they did what they wanted in the city. They arrested women and boys and looted what they wanted. People were fed up with their misdeeds”.

As soon as the Turks occupied the city of Fez, they spread corruption and immorality and brutalized the people, especially women and children.

Prince Abu Hassoun found himself in a difficult situation, so he chose political independence and not to refer to the Turks in matters of governance, so they arrested and imprisoned him. This led to a reverse reaction among the residents of Fez, who declared rebellion against the Turks and attacked them to liberate their prince.

At the city walls, one of the sheikhs, called Al-Saghi, gave a speech, saying: “Give us the sultan if he is alive and you will be safe and then go back to your country. If he is dead, see if there is anyone you can call upon to save you from us”. Regarding this threat, the only solution for the Turks was to release the Wattasid prince and return to Algeria after taking the money he promised them of. They left Morocco after leaving painful memories that are still remembered in the history books that dealt with the entry of the Ottomans into the capital of Morocco at that time.

After that, Sultan Abu Abdullah Al-Sheikh succeeded in recapturing the city of Fez after a fierce battle in which Abu Hassoun Al-Wattisi was killed, after which he resolved to expel the Turks from North Africa. History books narrate his saying: “I must conquer Egypt and expel the Turks from it”. The Ottoman Sultan was called “Sultan of the Whalers” in reference to his work with pirates and thieves.

The Ottoman Sultan Suleiman I continued to send delegations to persuade Sultan Al-Saadi to recognize him as the Commander of the Faithful, to mention him on the pulpits as the legitimate ruler in the Islamic countries, and to mint coins in his name, but Abu Abdullah Al-Sheikh categorically refused. He replied to the Messenger of Suleiman I in a harsh manner, in which he said: “I have no answer for you until I arrive in Egypt, If Allah wishes, and then I will write to the Sultan of the Boats”.

After this strong response, the Ottomans worked to mobilize the assassination battalion located in Algeria and plan the assassination of the Moroccan Sultan on the orders of Suleiman I, who requested that they would bring him the head of Sultan Al-Saadi. The Moroccan historian Al-Ifrani tells us the events of the assassination of the Moroccan Sultan saying: “They sent ( refer to the Turks of Algeria) a man of their heroes called Saleh Al-Kahiya in a group of their soldiers, telling the Saadian Sultan Muhammad Al-Sheikh that they fled from the Ottomans and wanted to serve him and take refuge in him from those who pursued them. Their intention was to plot and assassinate him wherever possible”.

After the corrupt Turks gained the confidence of the Saadian Sultan Abu Abdullah, they took advantage of his departure to the mountains of Dern to carry out their crime in a hideous method that is not different from the methods used by terrorist organizations. They struck his head with a cleaver, cut it off, sent it to Constantinople and hung it on one of its doors. The head of the Sultan remained hanging until it vanished due to the successive climatic factors. As for the rest of his body, it was carried to Marrakesh, where he was buried.